The team texted around 1:30 am this morning (our time) that they had indeed arrived safely in the village after a two hour wait for helicopters. They were allowed to carry a total of 33 pounds of gear each, which was roughly half of what (Darrin at least) had planned to take into the village. As a result, after they arrived at the host house, they had to triage their equipment and clothing and supplies, leaving the extra at the host site, so they could make weight for the helicopters. This would later prove to be a blessing ;-) 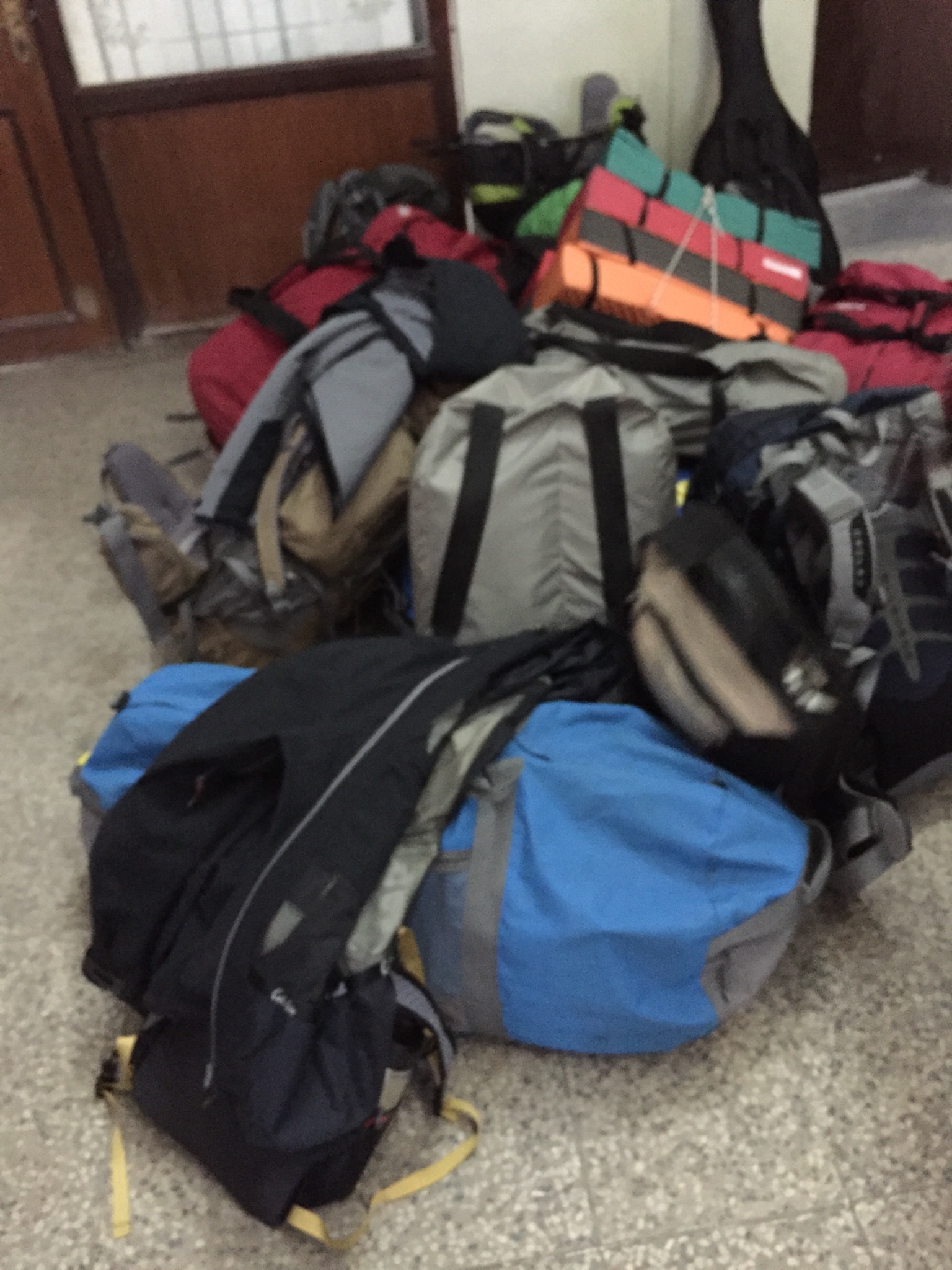 After a lengthy wait for their wings... they loaded up in two helicopters and took the 30 minute flight to the village... 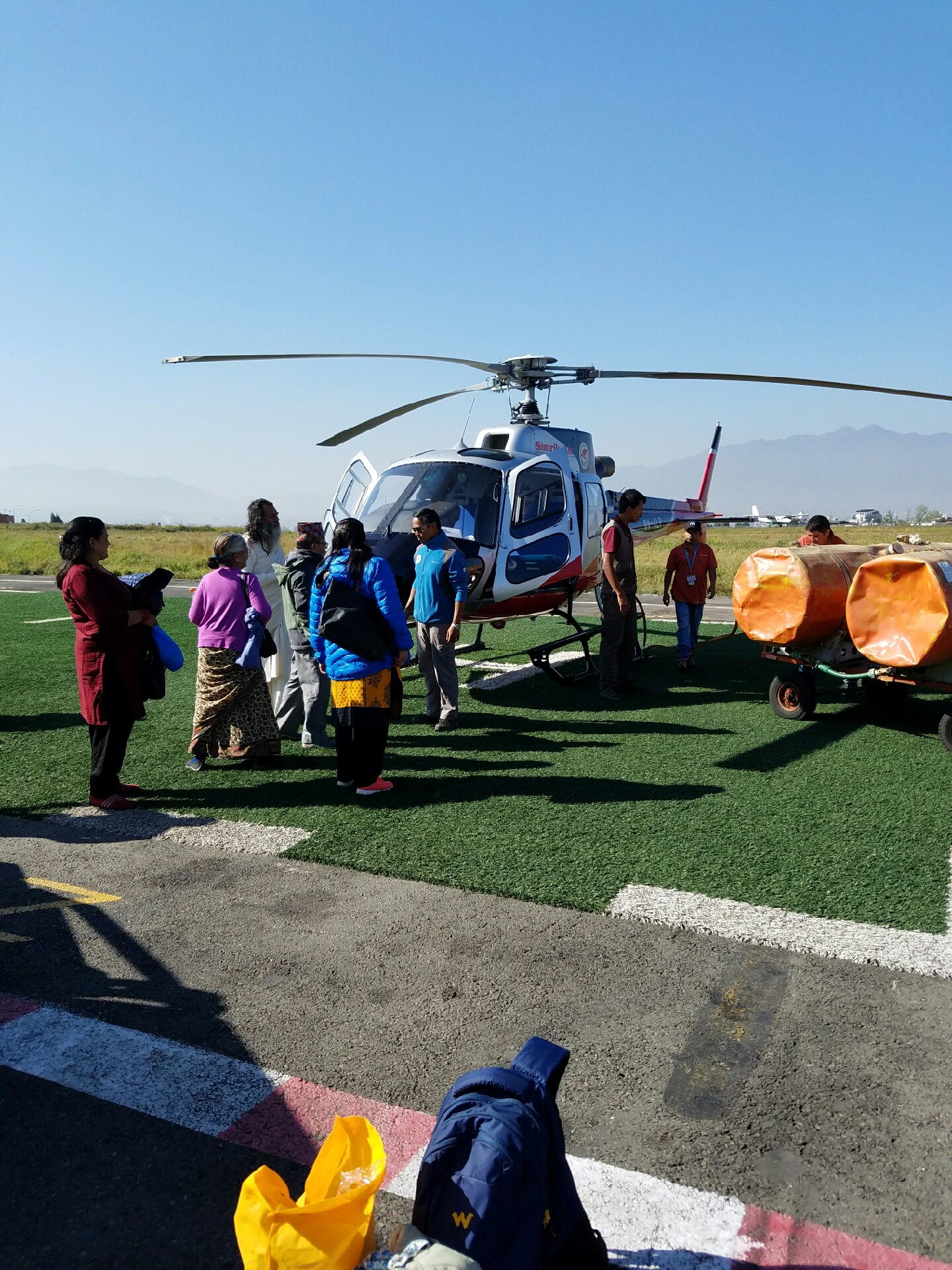 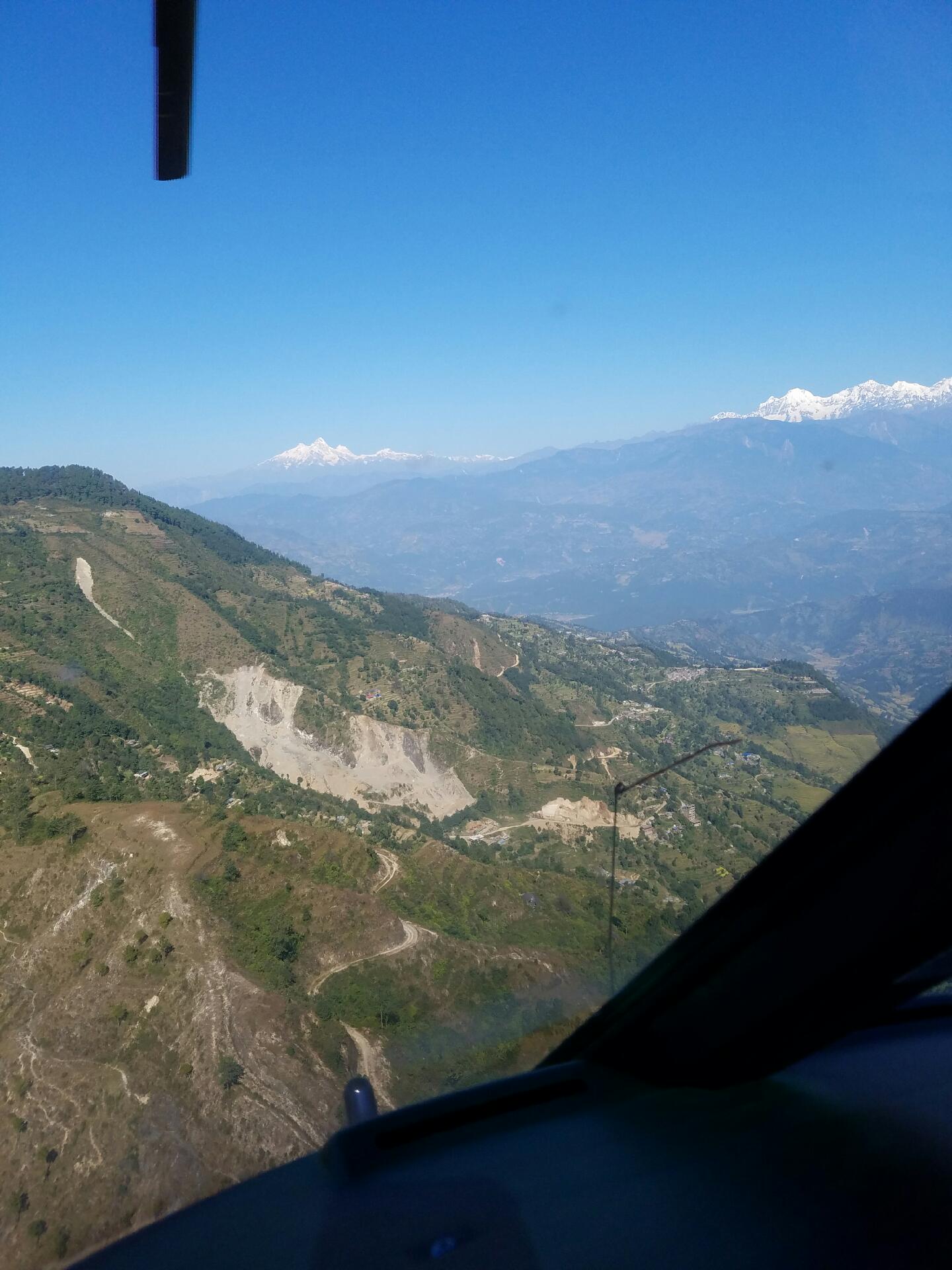 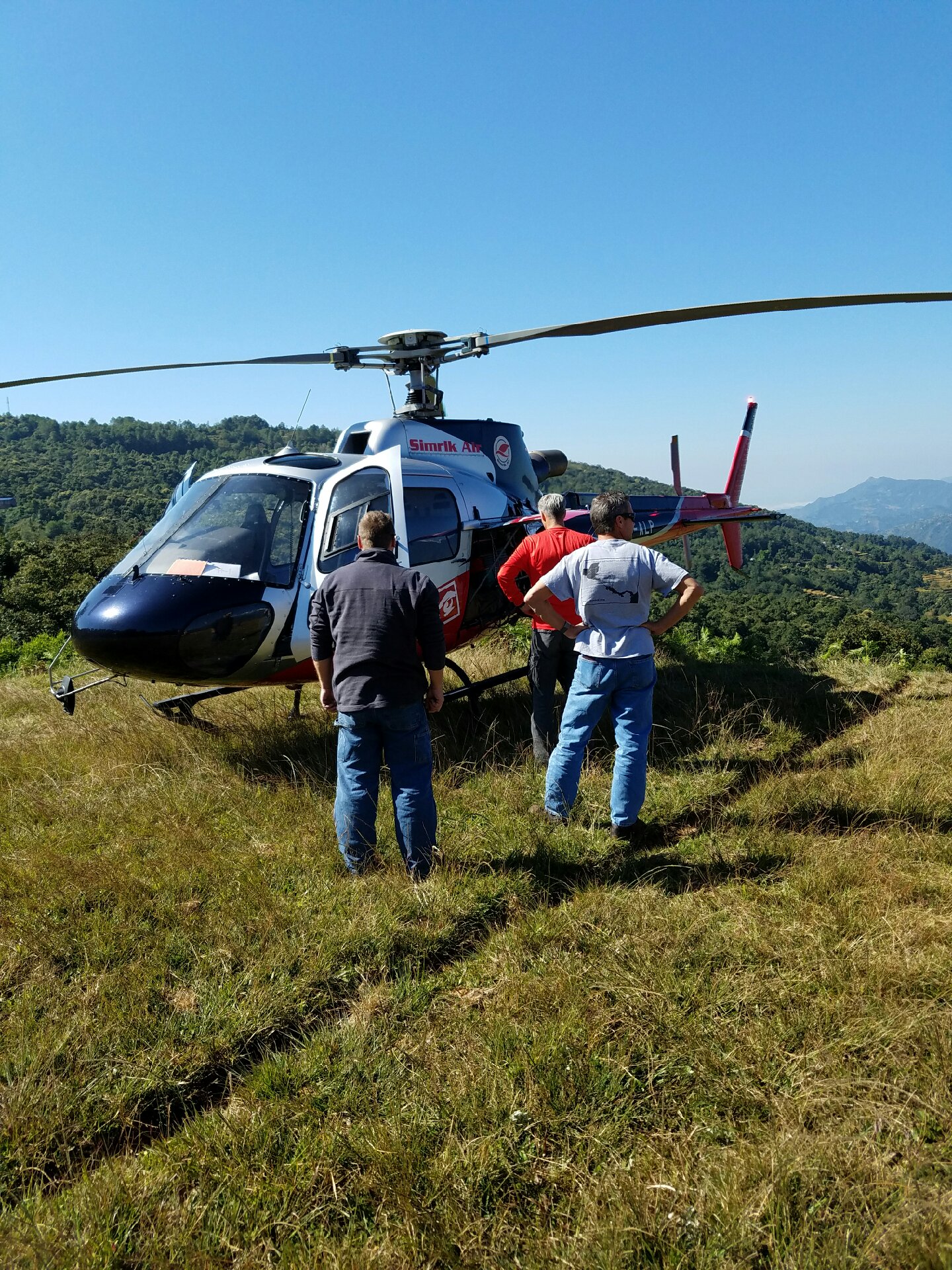 After both loads of the team landed in the village, it was time hike to camp. Up to camp. UP UP UP to camp. From Darrin:

We set up camp close to the [students], they built a new army barrack at old campsite, had to hike up hill with all our gear for 1/2-3/4 of a mile. You should have seen us carrying those 50 pound [team] duffle bags full of gear up the hill....It was tough first off. I had my big backpack on, my little backpack on front, and helped carry a 50 lb. duffle w one hand and steadied myself with the other hand. 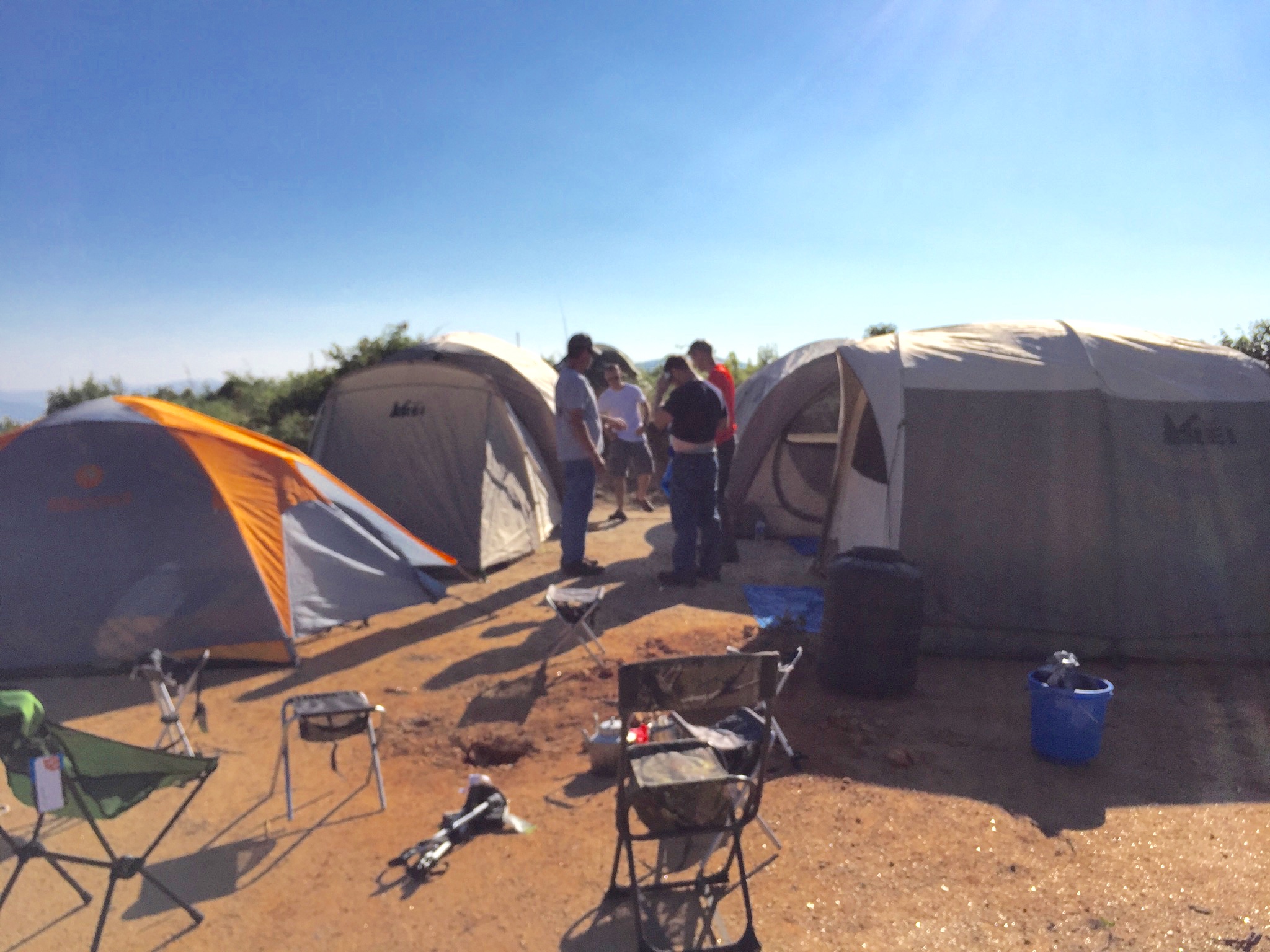 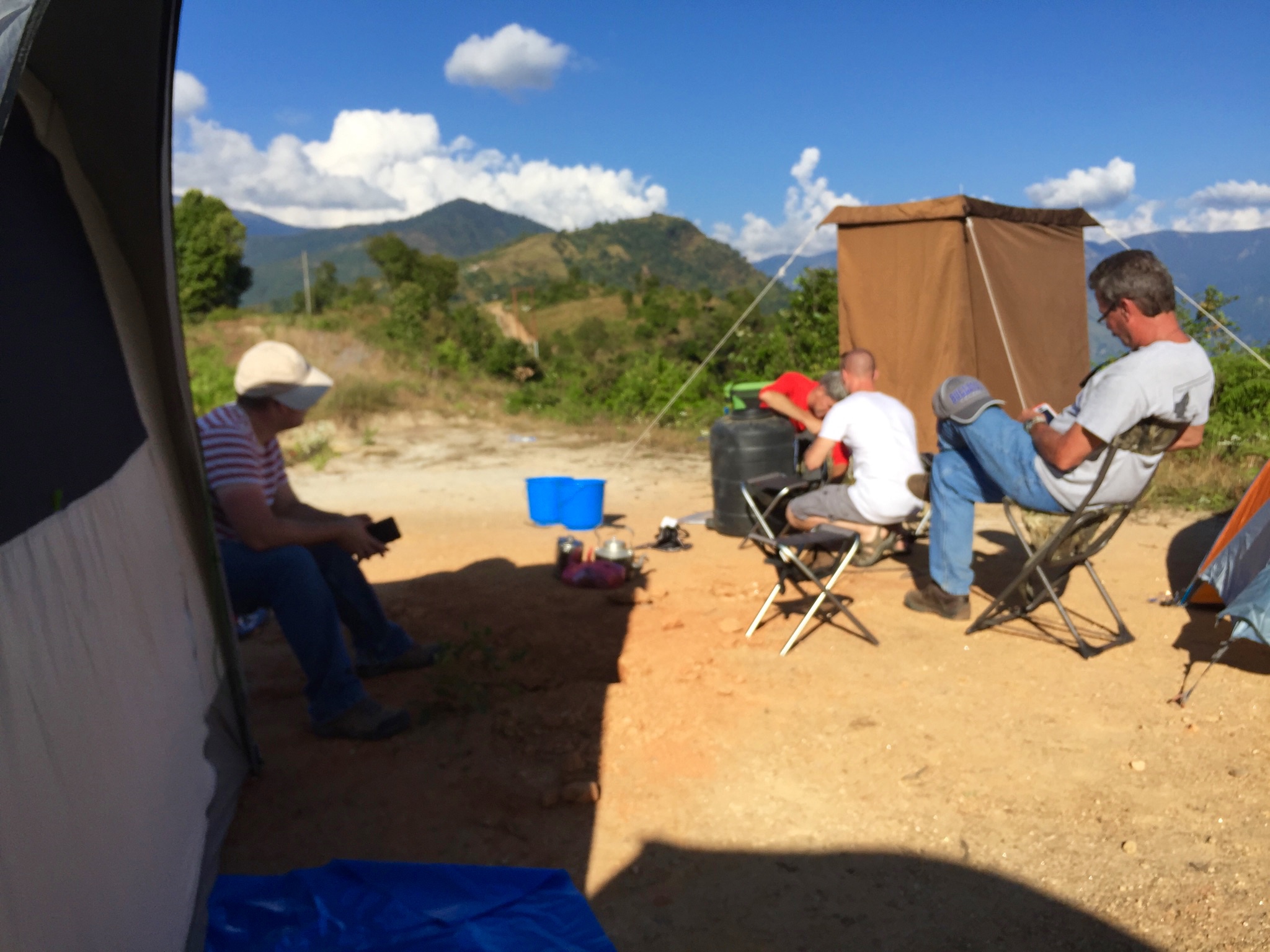 After camp was set up they went into the village bazaar for a lunch of chow mein and for the  purchase of a water tank and other supplies from the local shops. 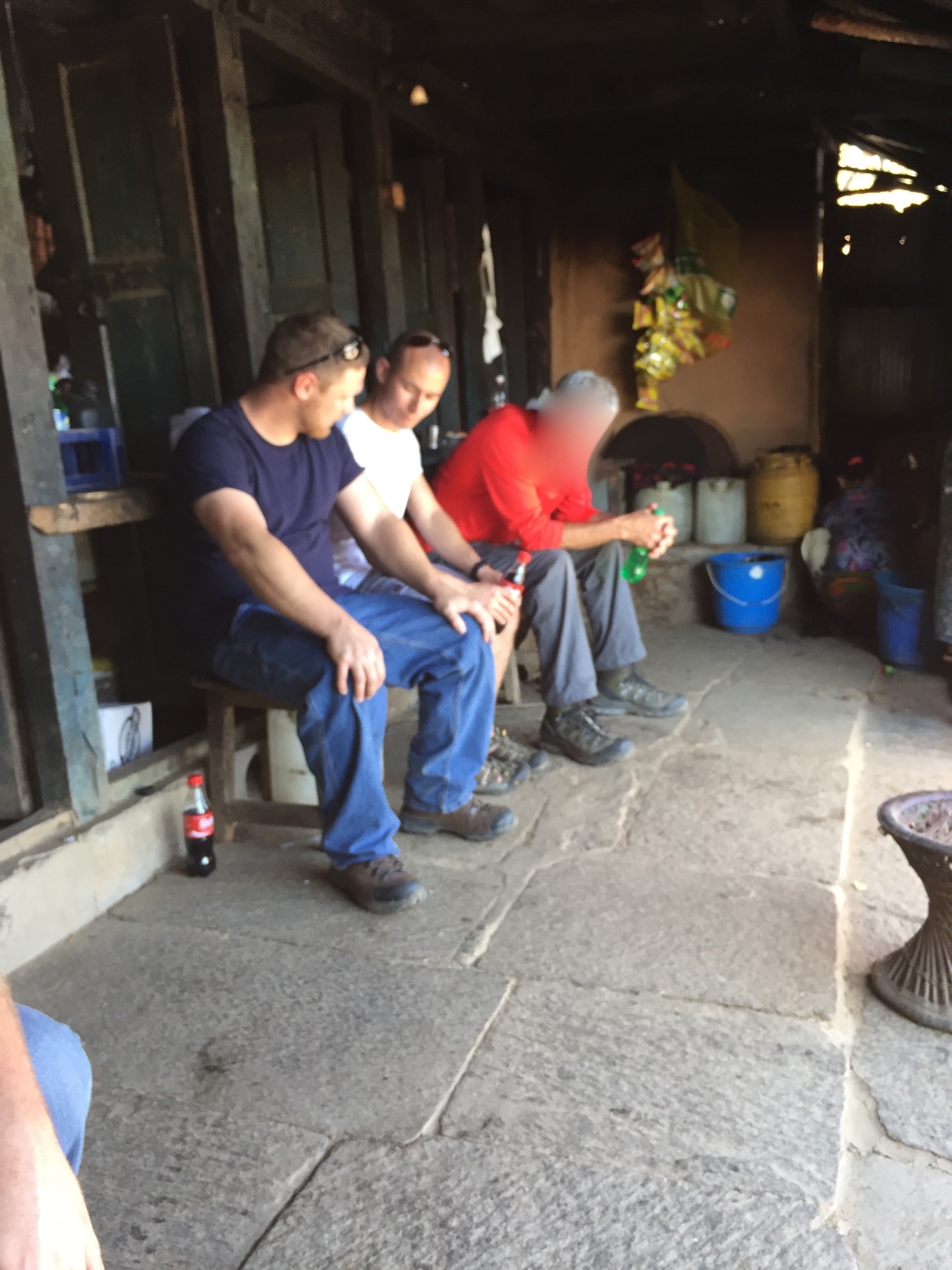 Darrin was amazed that some of his fellow team members added super hot sauce to their food. While in the village, the team was served cookies and Mountain Dew by friends of their hosts: 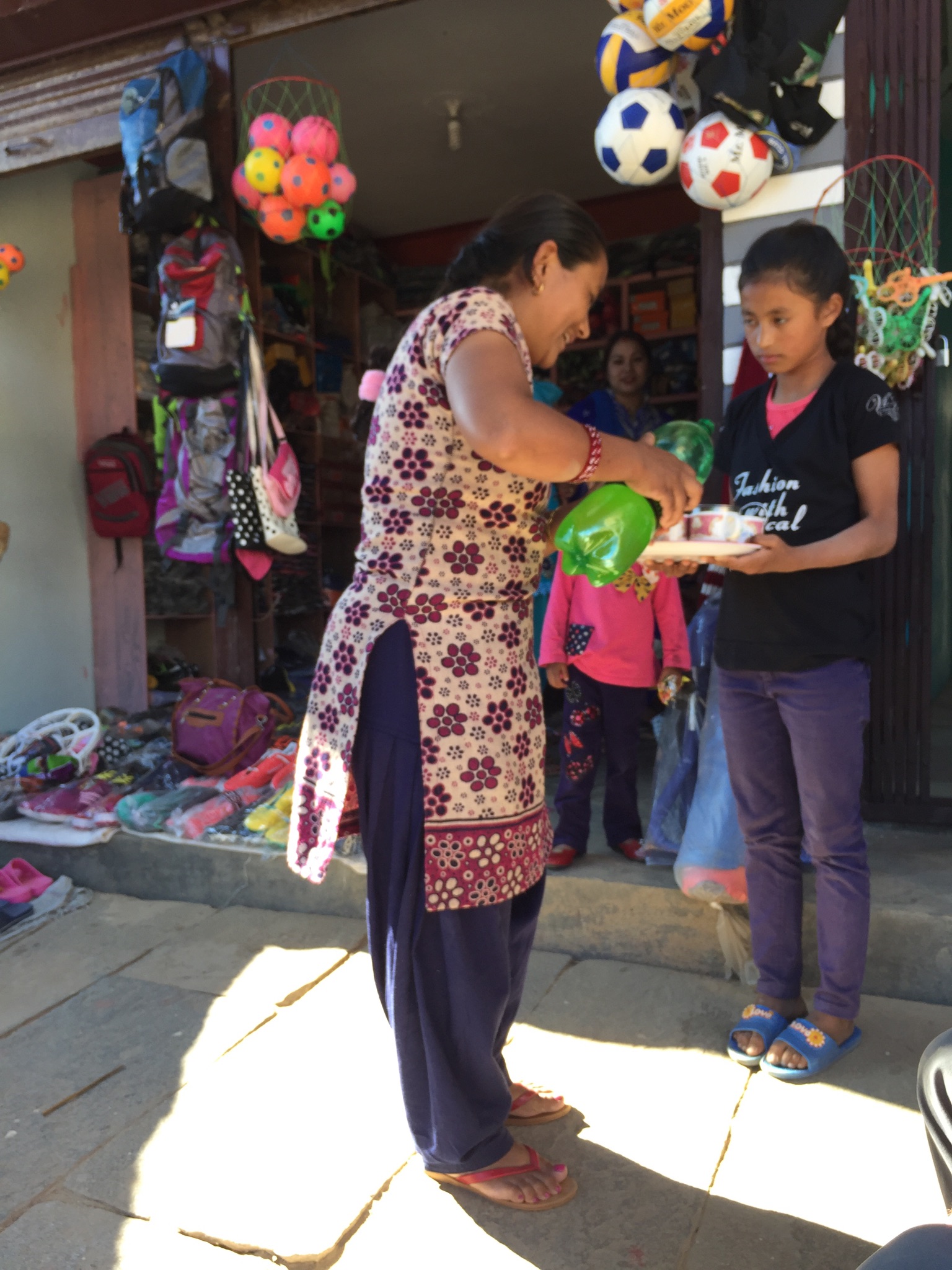 It was hot during the day while they were hiking and hauling but that meant warm showers when they arrived back at camp. The temperature has dropped significantly as the sun has set and the bundling has begun.

"I've got two layers on the bottom, four on top, gloves and toboggan." 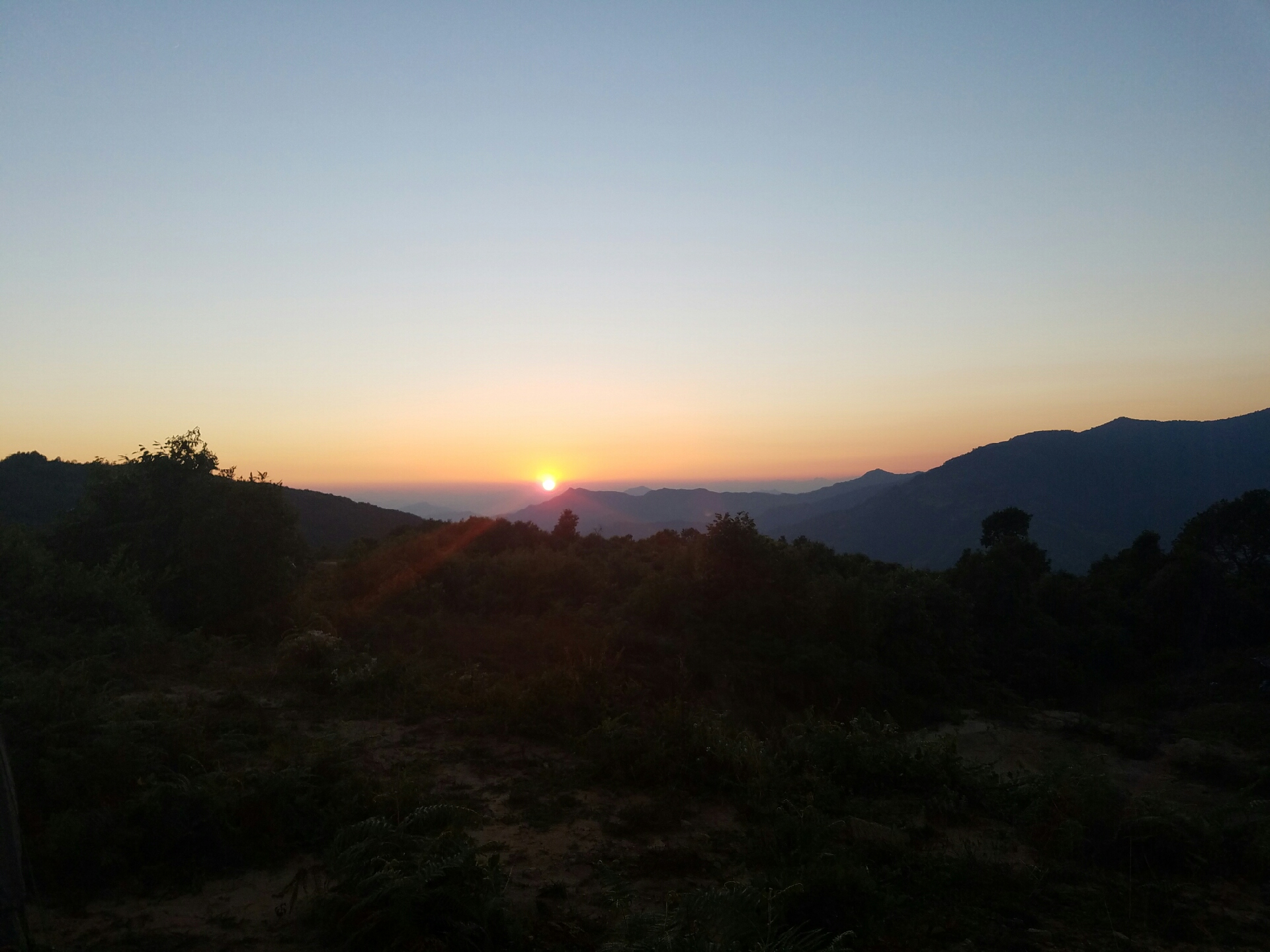 The [students] are arriving at the site and our team is helping to serve them dinner just now.

We have many reasons for praise this morning: our team's safe arrival in the village, their very presence in the village after a chance of delay, the successful set up of camp, their warm showers, their health and fitness as they were able to handle the physical requirements that their tasks  demanded of them, and the priviledge of serving their brothers and sisters from another nation before laying down to rest for the night (Nepal time as this posts is 7 pm).

Prayer requests for today include:

“God is pursuing with omnipotent passion a worldwide purpose of gathering joyful worshipers for Himself from every tribe and tongue and people and nation. He has an inexhaustible enthusiasm for the supremacy of His name among the nations. Therefore, let us bring our affections into line with His, and, for the sake of His name, let us renounce the quest for worldly comforts and join His global purpose.”― John Piper 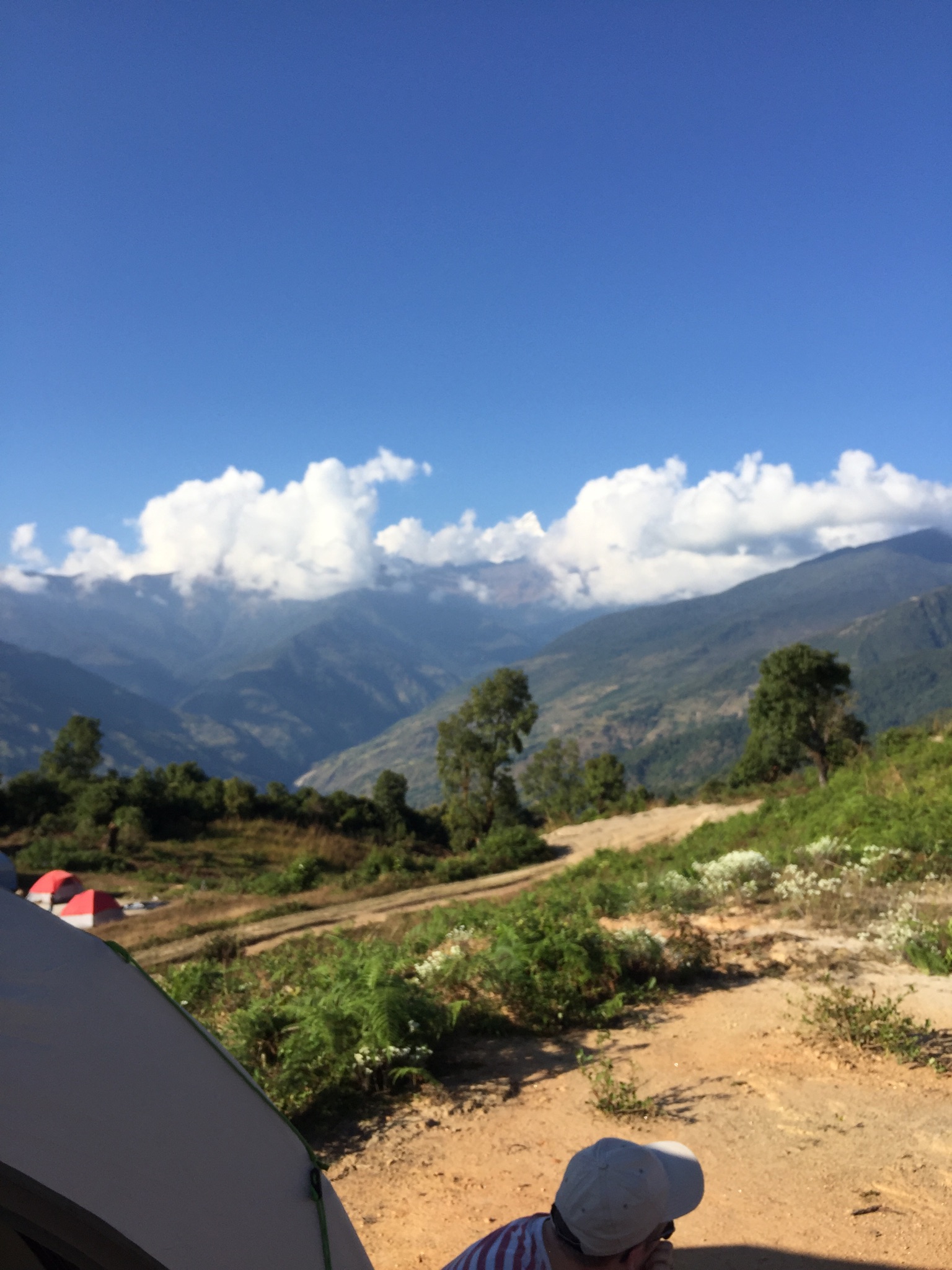 *Leeches: Rick was the first to encounter the leeches. If you are curious about what the result of a "leeching" looks like scroll down. If not, please don't. 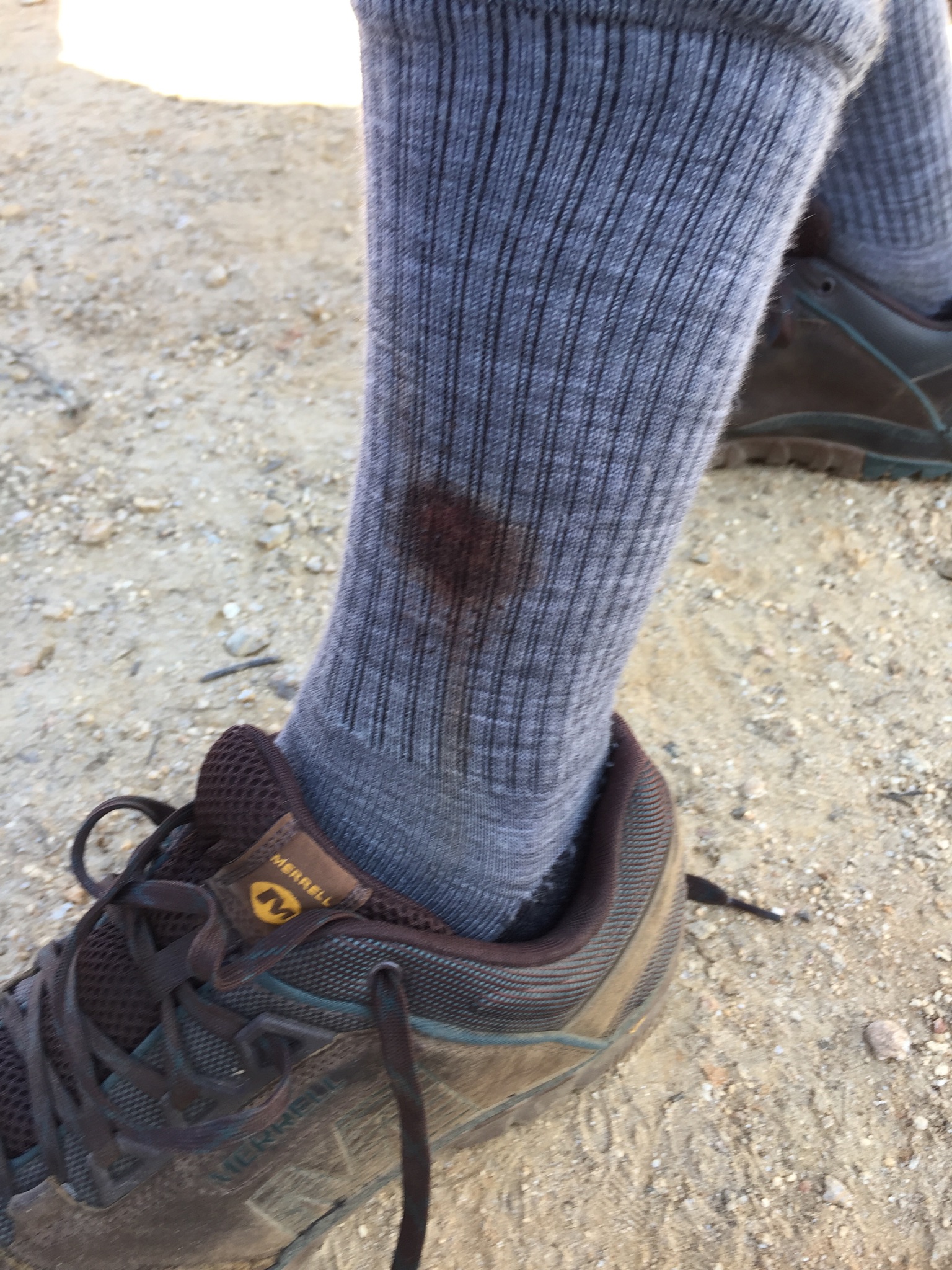 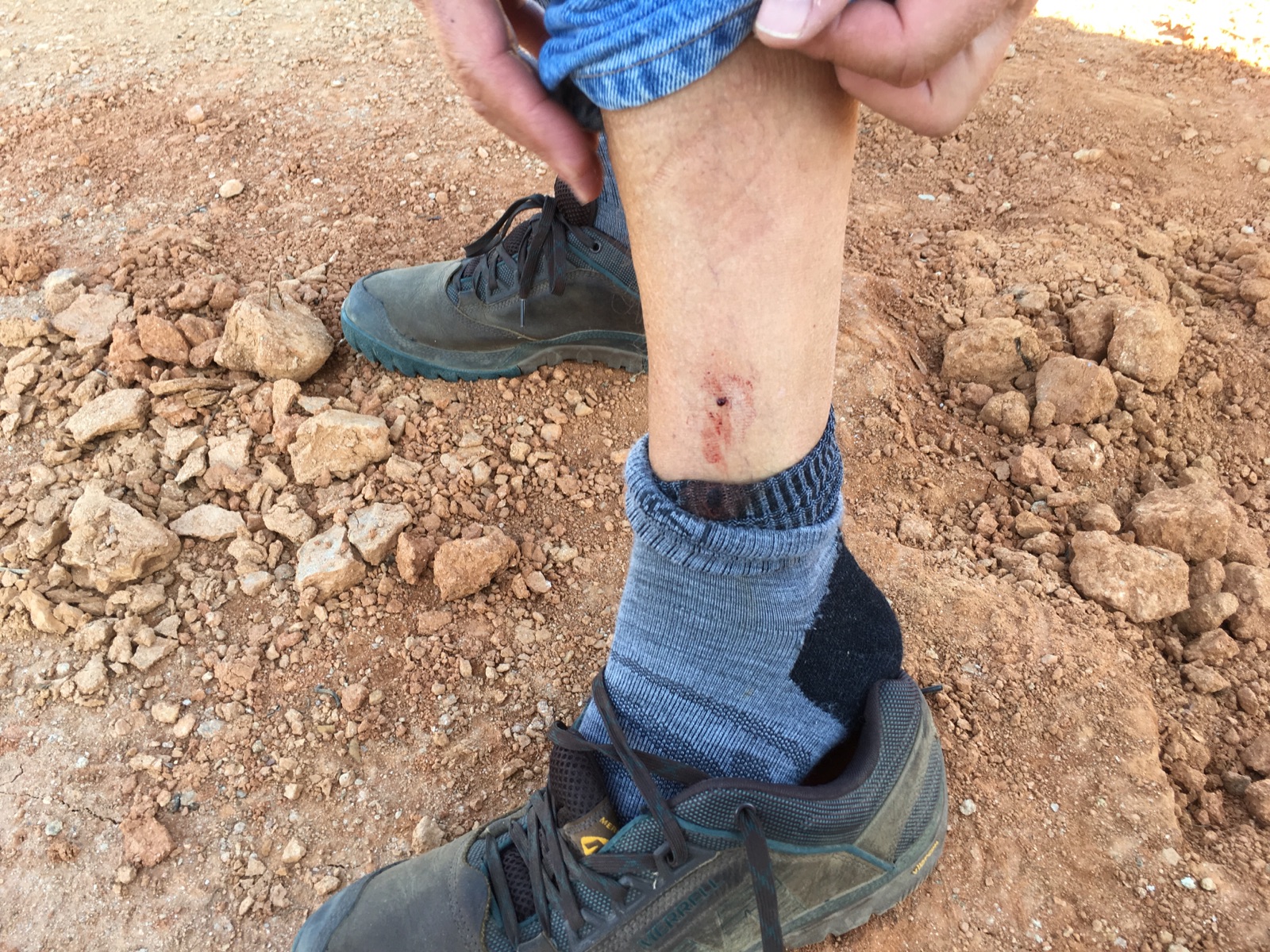