The texts from the Nepali village started coming in last night as Community group dinners were taking place here in Wheeling and surrounding areas. At first there was no news to be had on the helicpoter situation since  there had been no additional communication from the helicopter company.

When I first heard from Darrin the team was breaking camp but only partially because there was a real chance they would need to sleep there an additional night. The helicopter(s) were not expected until around 10 am in Nepal. 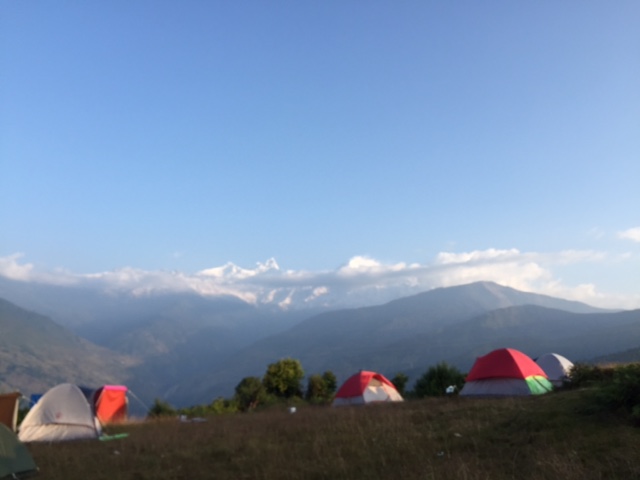 It was when we heard the chopper. Missionary hollared at us, "They [helicopter co]  didn't call us, they didn't call us! Wheeling Team's taking the first one out! Get your stuff!"

Made it on the coptor...answered prayer, instead of two coptors, we got three, all stuff going with us!

Just got kicked back off the coptor, going on next one... 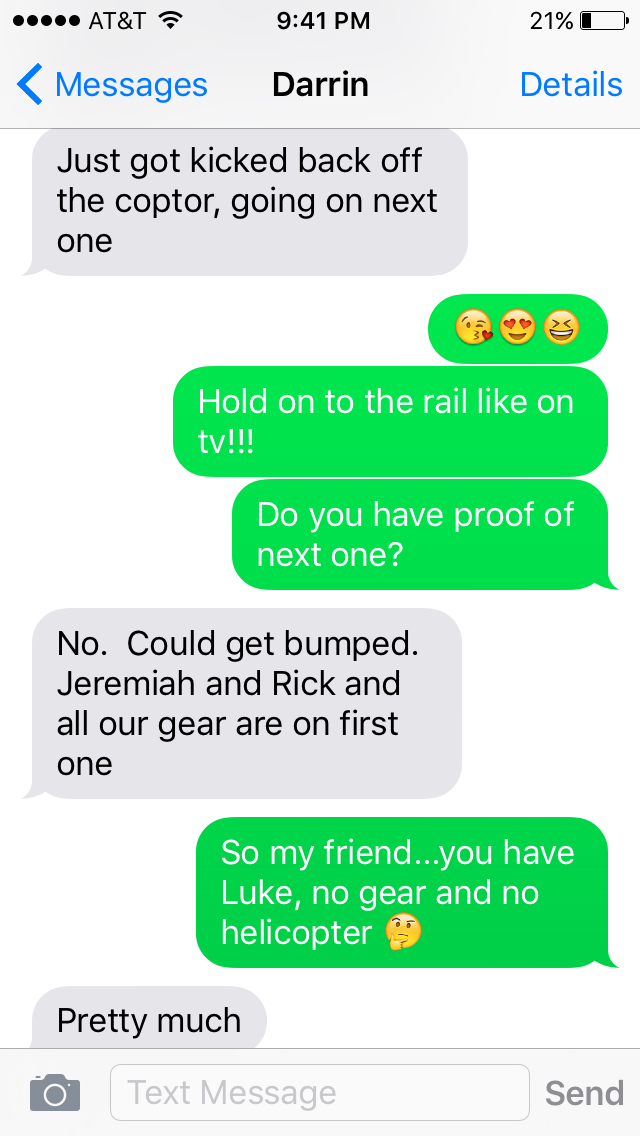 It made for a bit of suspense for sure. Darrin and Luke really weren't alone however, he'd been kidding me. Still left waiting on the mountain were Darrin, Luke, the other missionary, the song leader and another team helper and a little bit of gear. Darrin had gotten pulled from the first trip by the helicopter captain so that one of the missionarys would be on the ground in Kathmandu with the first group. . .

Here's how it worked to get the whole team back to Kathmandu...

Rick, Jeremiah, and missionary B, and all our gear on the first one. Me [Darrin], Luke, translator, and some gear on the second [helicopter]. Missionary K and everyone else on third one.

Finally, just before midnight (our time) I received a text saying that they were all on the ground in Kathmandu.

A simple THANK YOU for all of the prayers seems a small gesture. Know that the prayers of the saints availed so much. What a mighty God we serve! 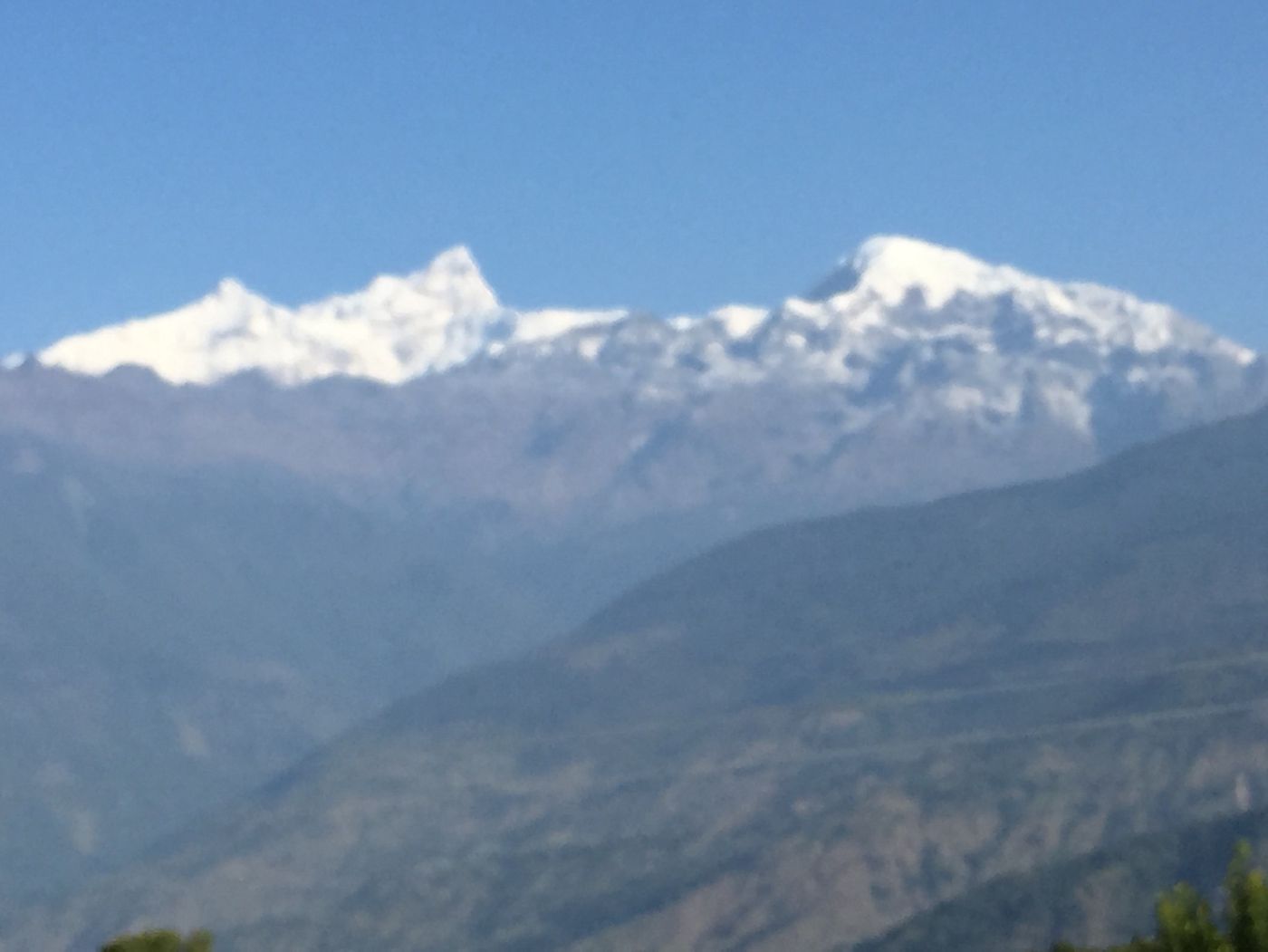