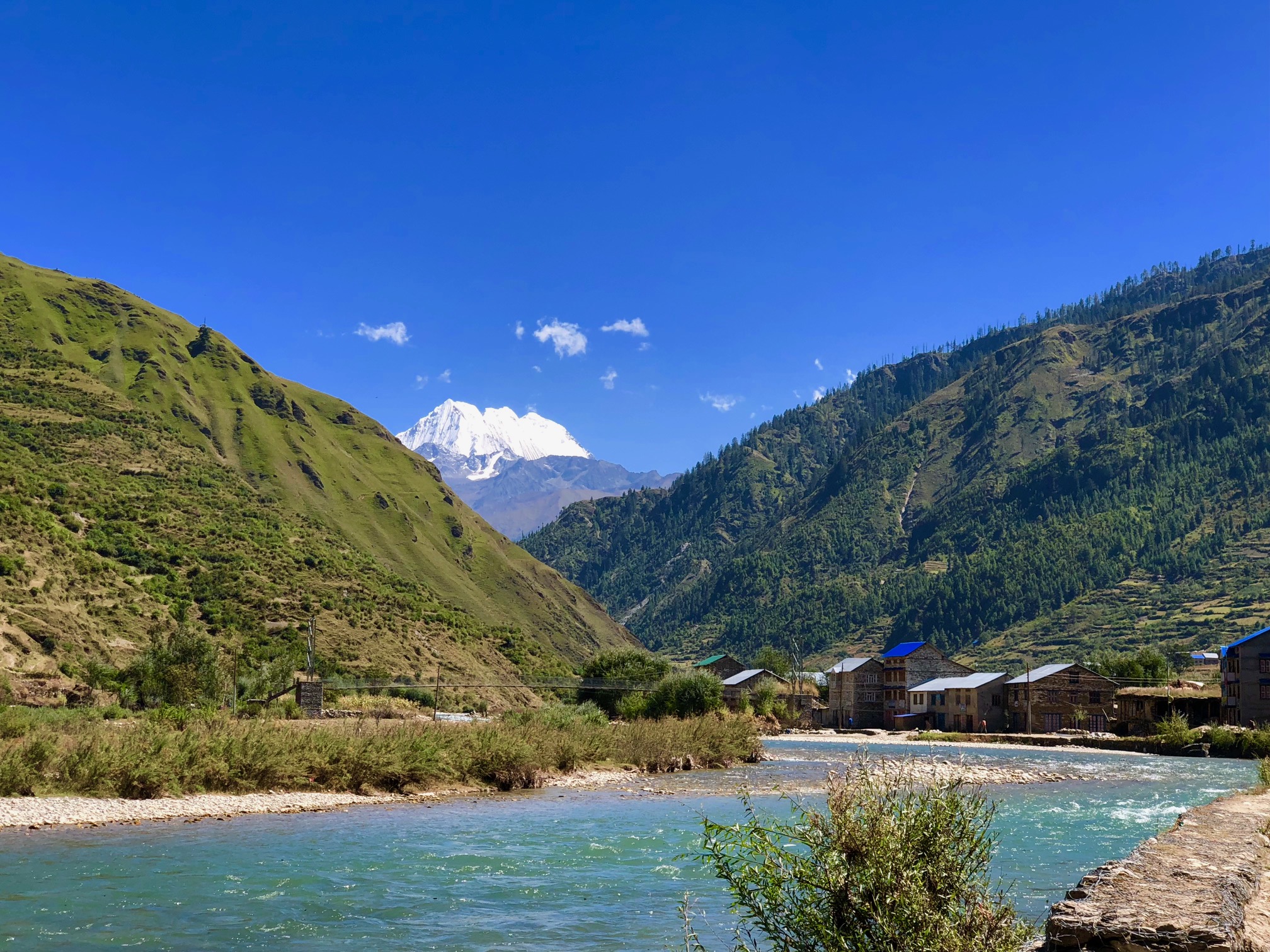 When our 2018 Mission Team parted in Kathmandu on Friday, all but four team members began the 25 + hour journey back home. The four who remained, Rick, Patty, Matt, and Andrea spent another night at the guest house in the capital and then boarded a plane that would take them on the first leg of their trek to Jumla. After arriving safely in Nepalgunj, a town on the boarder with India, the quartet boarded a smaller plane for the flight into Jumla. 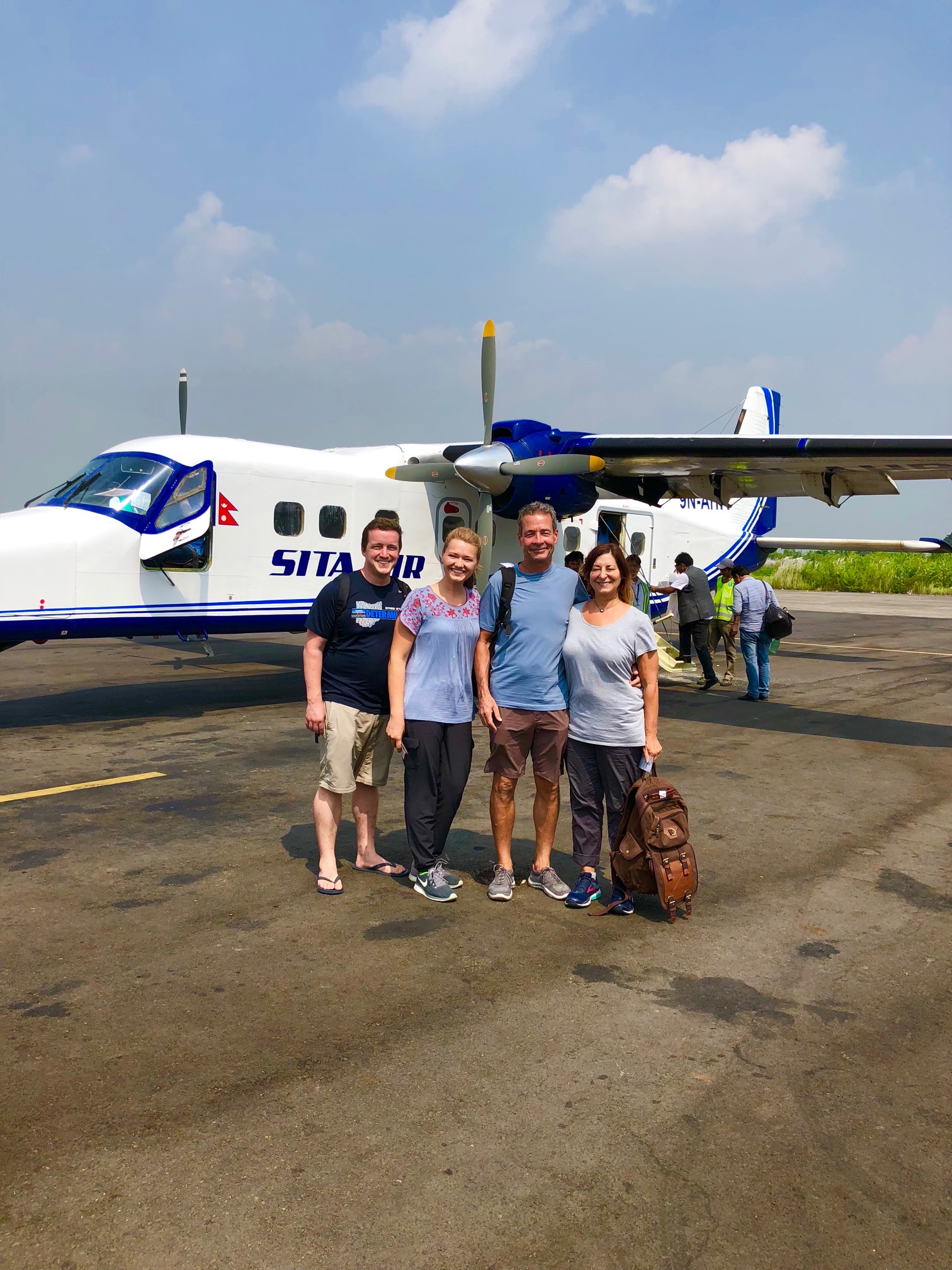 It was a typical 2 engine plane ride with a few bumps when we went through some clouds....

A little rough, but tolerable.

Once on the ground, the team checked in to a little village hotel..

The hotel is actually nicer than the one in Pokhara. Hand-built. The craftmanship is amazing. We'll see a lot today with our hike. I expected a temperature change but this was dramatic. It's down in the lower 40s now. Somehow, our room is pretty warm. The hot water tank is in the bathroom. The power is only on 3 hours a day so when it comes on you have to turn the tank on. But the hotel has a generator they turn on at night. The shower is better than the one in Pokhara.

The air is clear with a breeze and there are no foul smells [like there were in the city]....

Rick, Patty, Matt, and Andrea along with their hosts and guides began the 3+ hour hike later that morning into the rugged terrain of an area that we have only heard about thus far from our friends in Nepal. 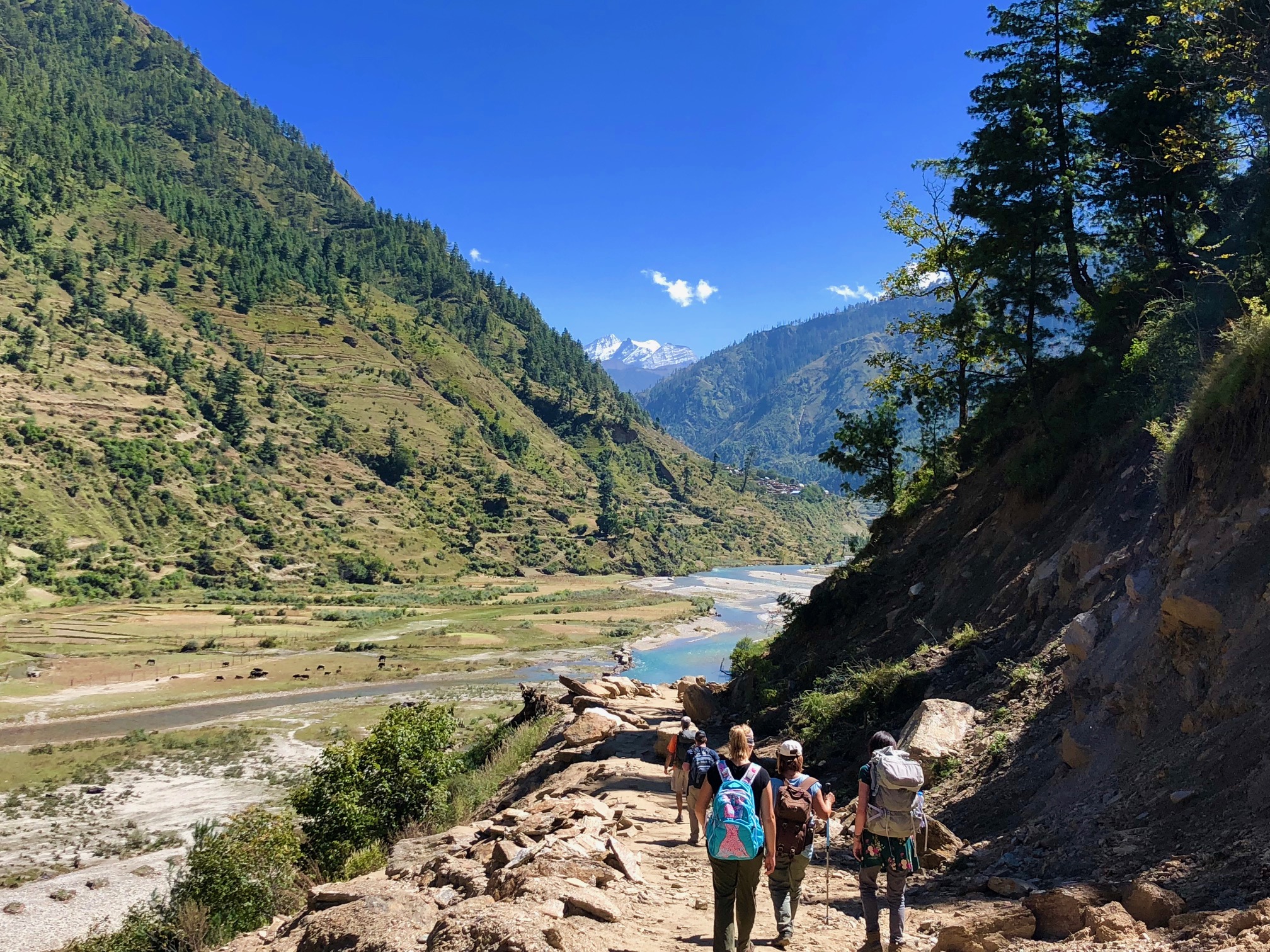 They hiked, stayed in a "hotel" in the village where they arrived for a very special purpose.

You may recall the woman whose picture has been shown a few times on the big screen at the front of the church especially on Sunday mornings when our Nepali hosts are visiting. This woman had a blistering disease of the skin which had taken over her body. By God's grace our church family was able to help minister to Basaki's physical needs. She is now doing so well and our team was able to meet her, in person. 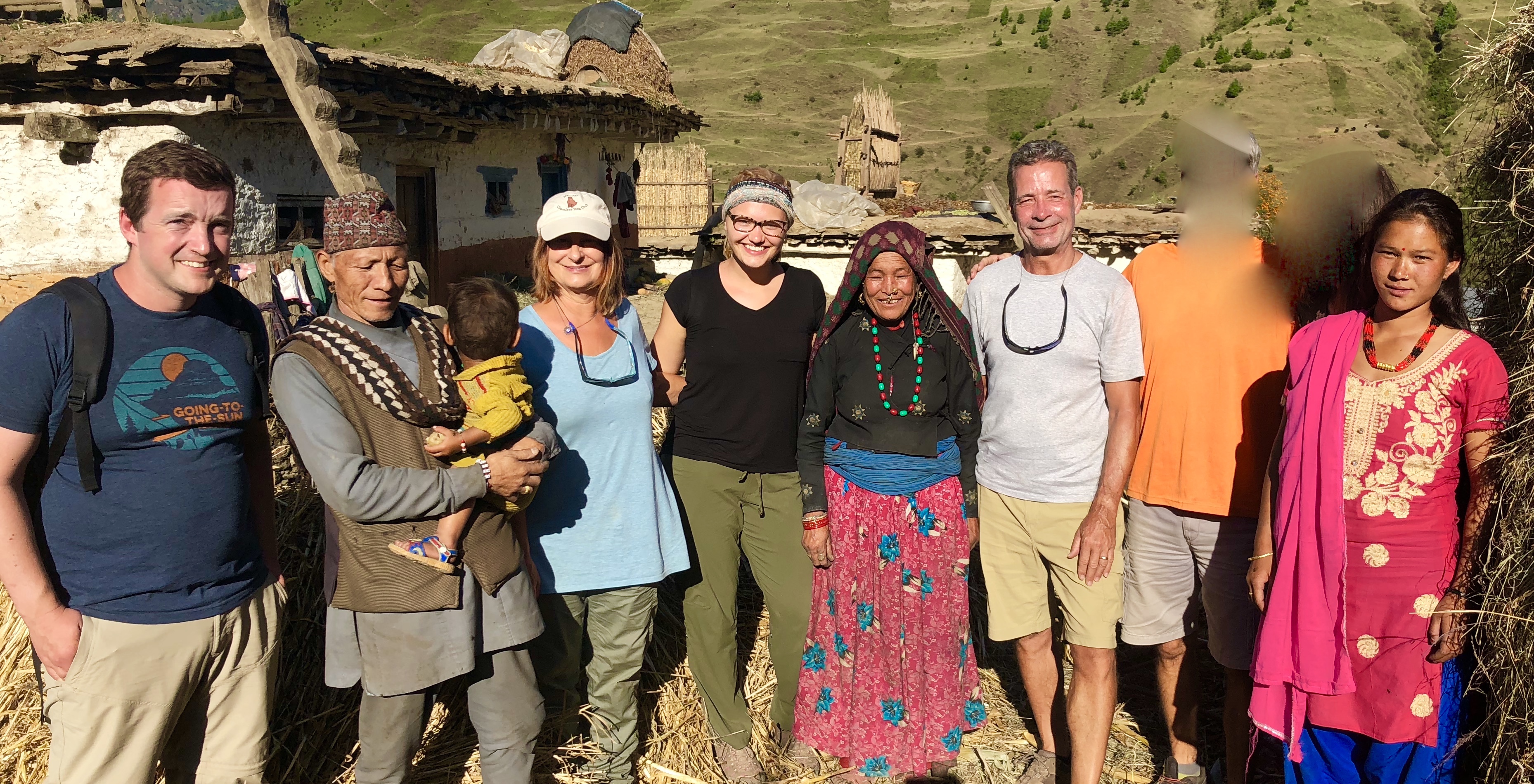 And while we are celebrating and remembering...there was also a picture of a young girl with a very distinct "s" curve in her back. Our church family was able to provide help to her as well and now, Patty tells us:

We saw the little girl [Malati] we helped with her trreatment [surgery] and she's walking so well and is in no pain. 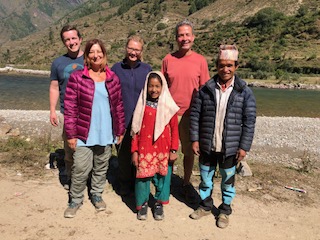 Rick describes what it was like to meet these two dear ones.

The Jumla area is incredibly beautiful. The pictures don't do it justice. The terrain is very different from the other areas of Nepal that we have been in the past. It is rugged, Colorado times ten. 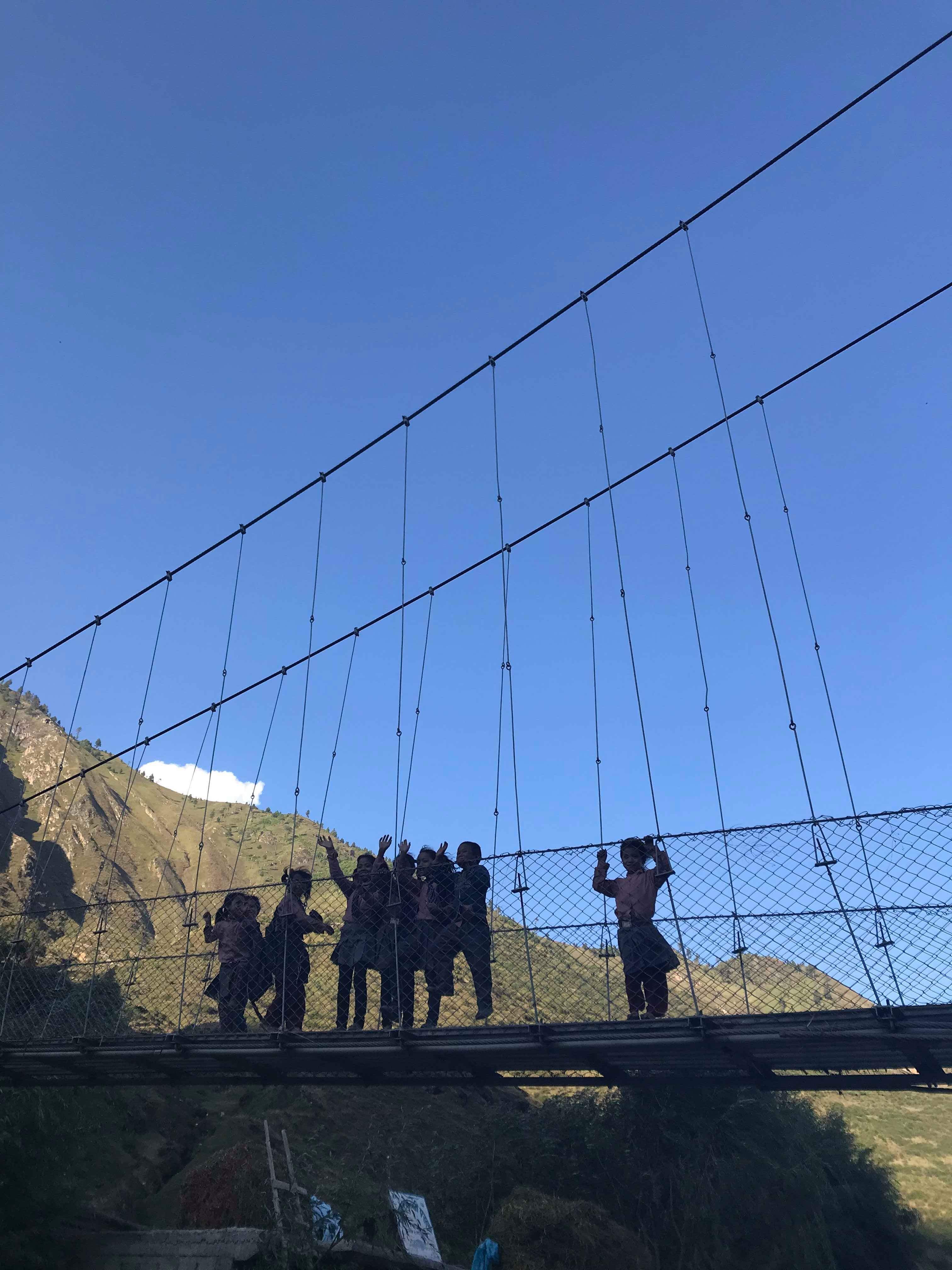 I am struck by how we are seeing at the same time, the glory of God in his creation, the ravages of sin seen in the poverty, and a glimpse of the restoration that is to come in the simple beauty of the people of the Jumla area. 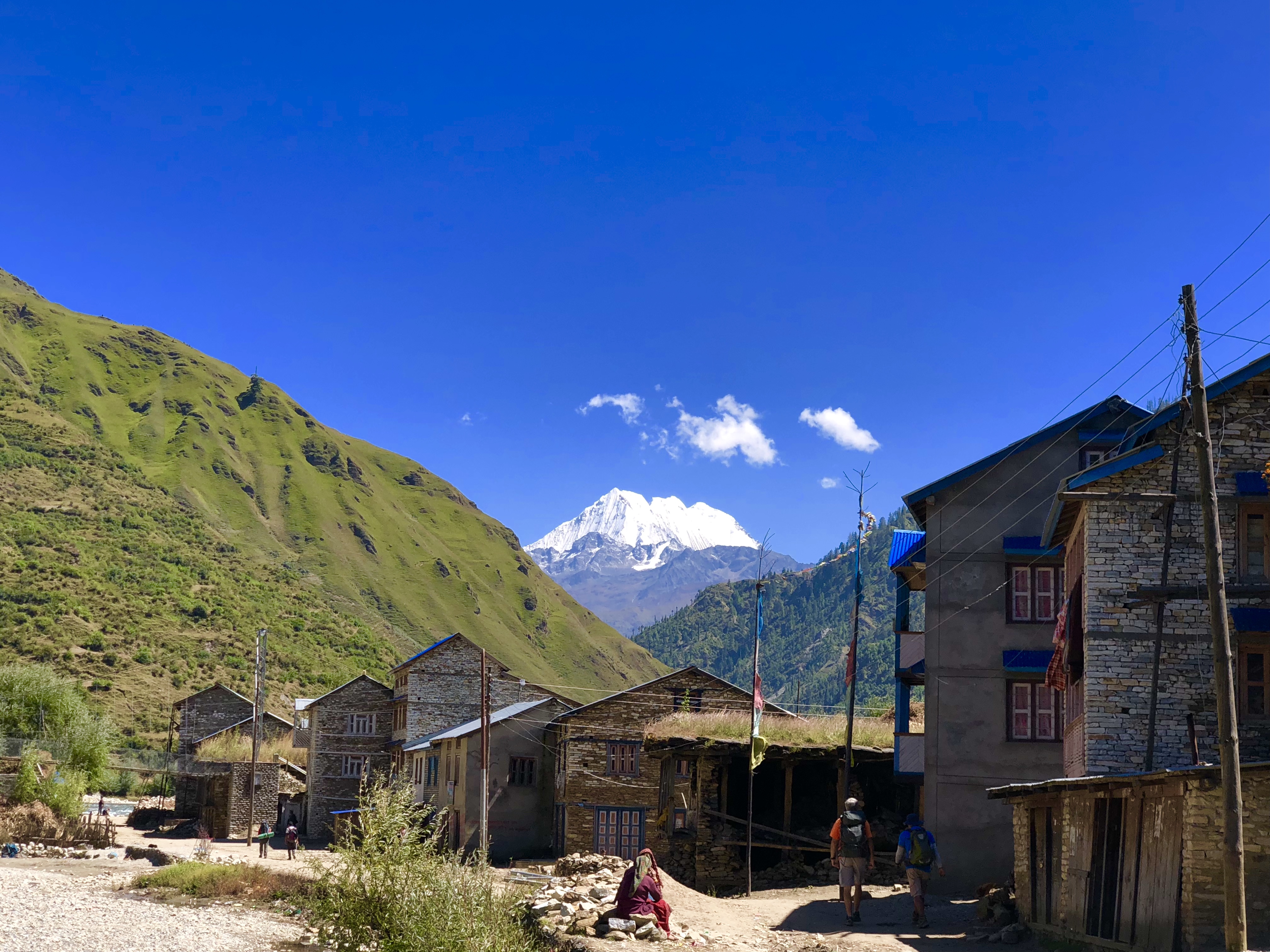 We set out yesterday on a three hour hike to visit Basaki and Malati. We returned this aftenoon. 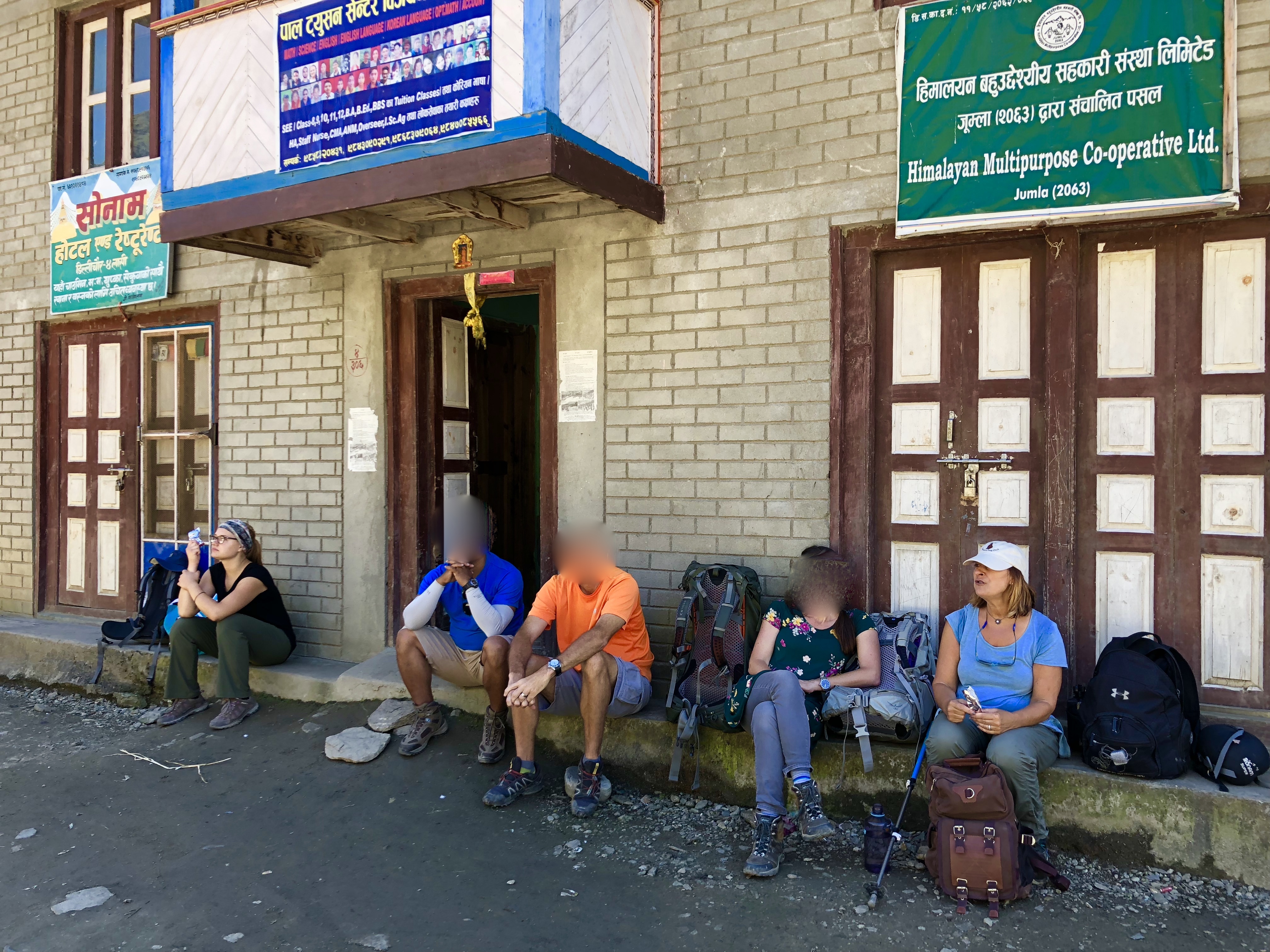 I'm having difficulty putting into words what we felt when we saw them. How a sovereign God can bring us together to help those in need. It was overwhelming, and many tears were shed. 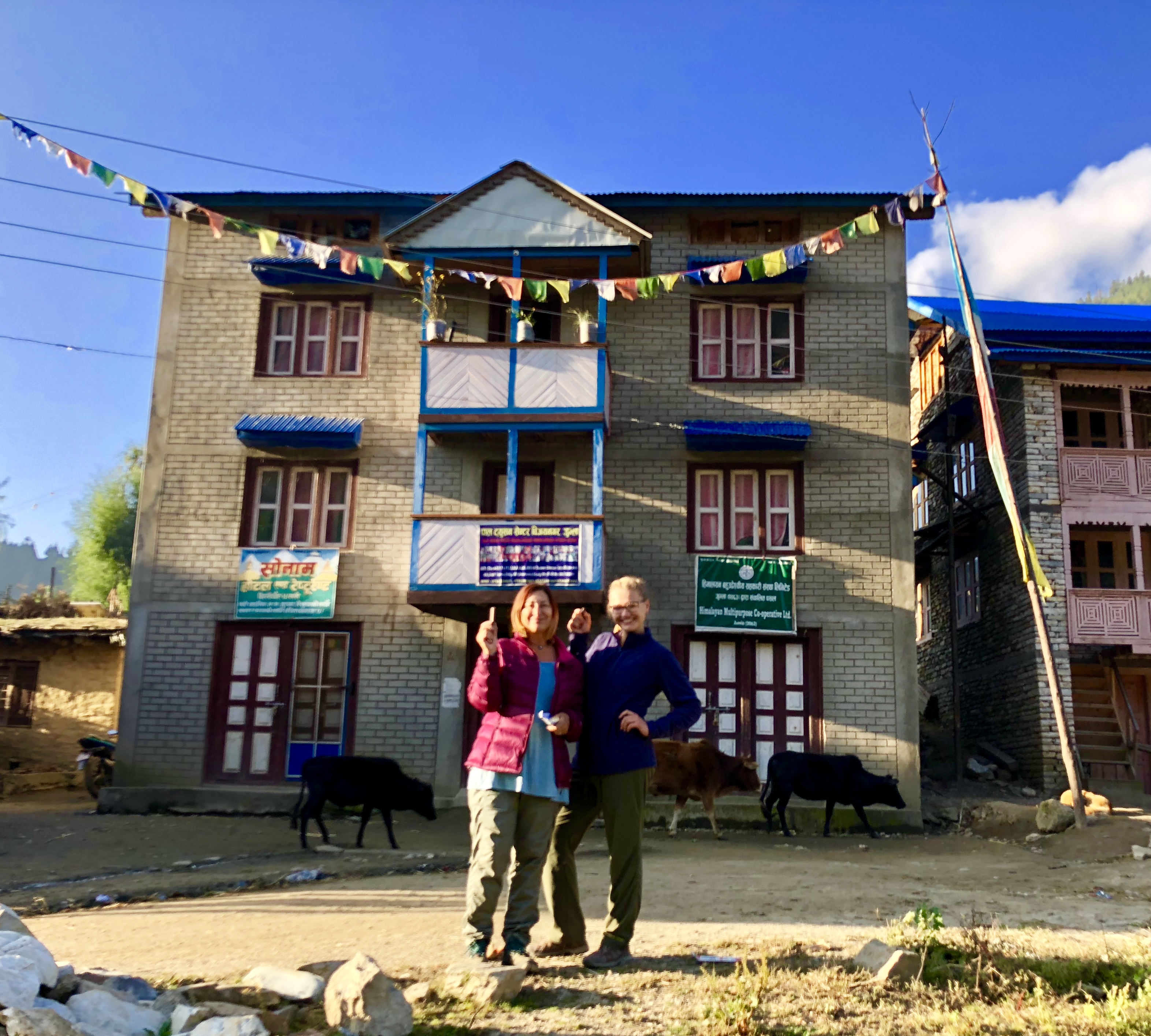 The picture of the building is the "hotel" where we stayed in the village of Lassi. Many stories from that place. 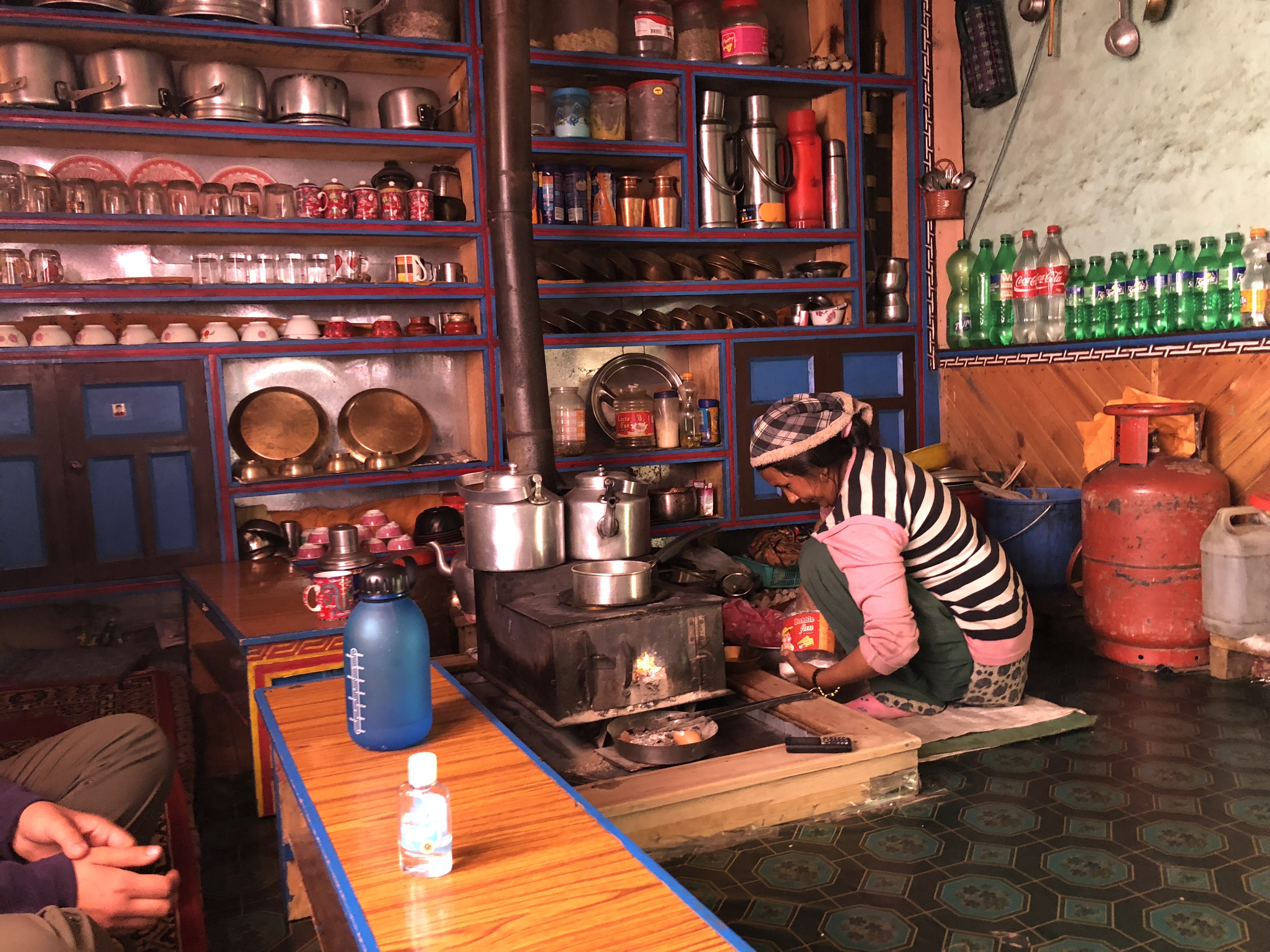 The lady you see cooking was our host. She was a great cook and called us "the laughing team." 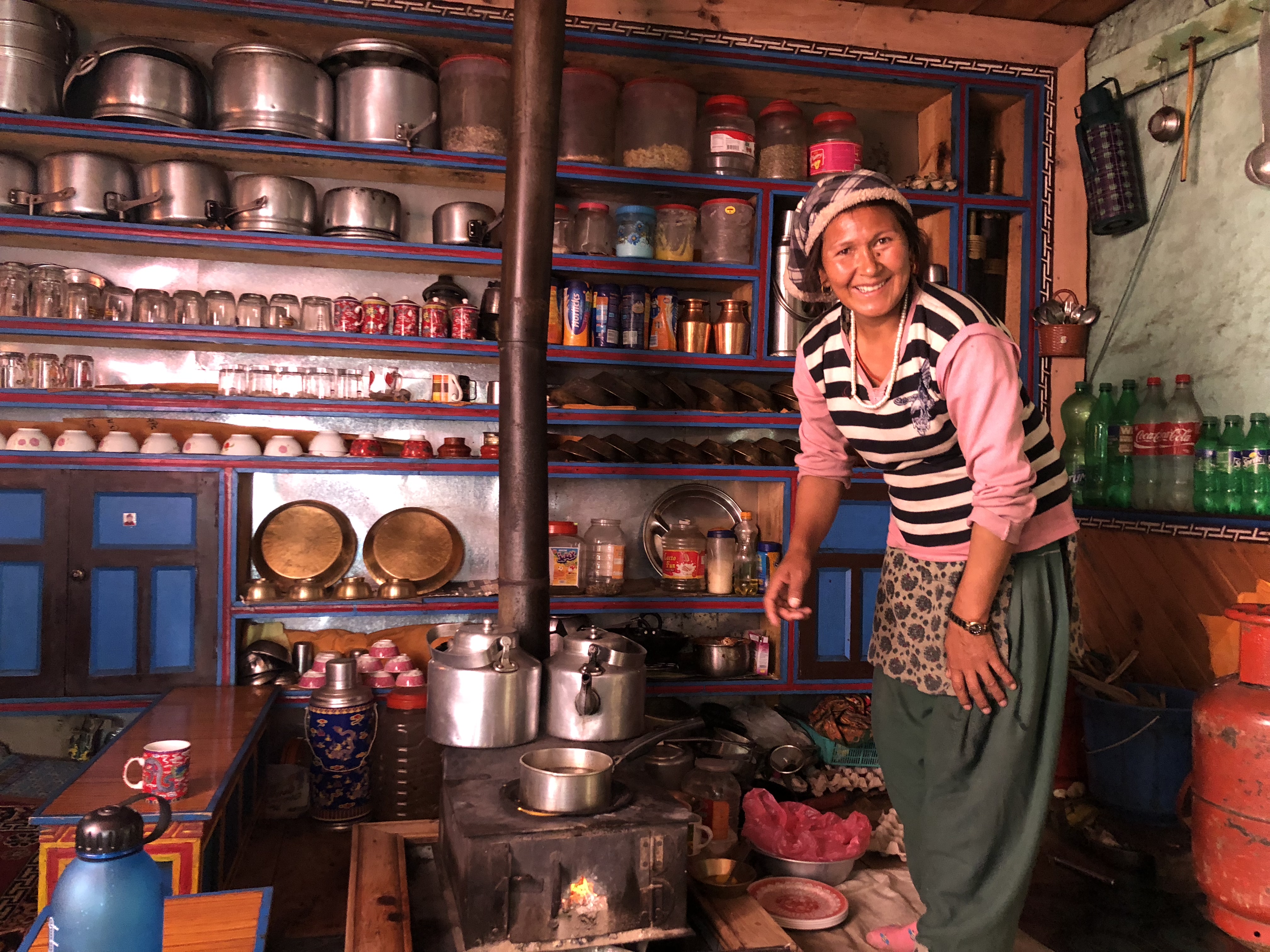 We spent a lot of time in her kitchen, talking, drinking tea, and eating lots of great Nepali food! 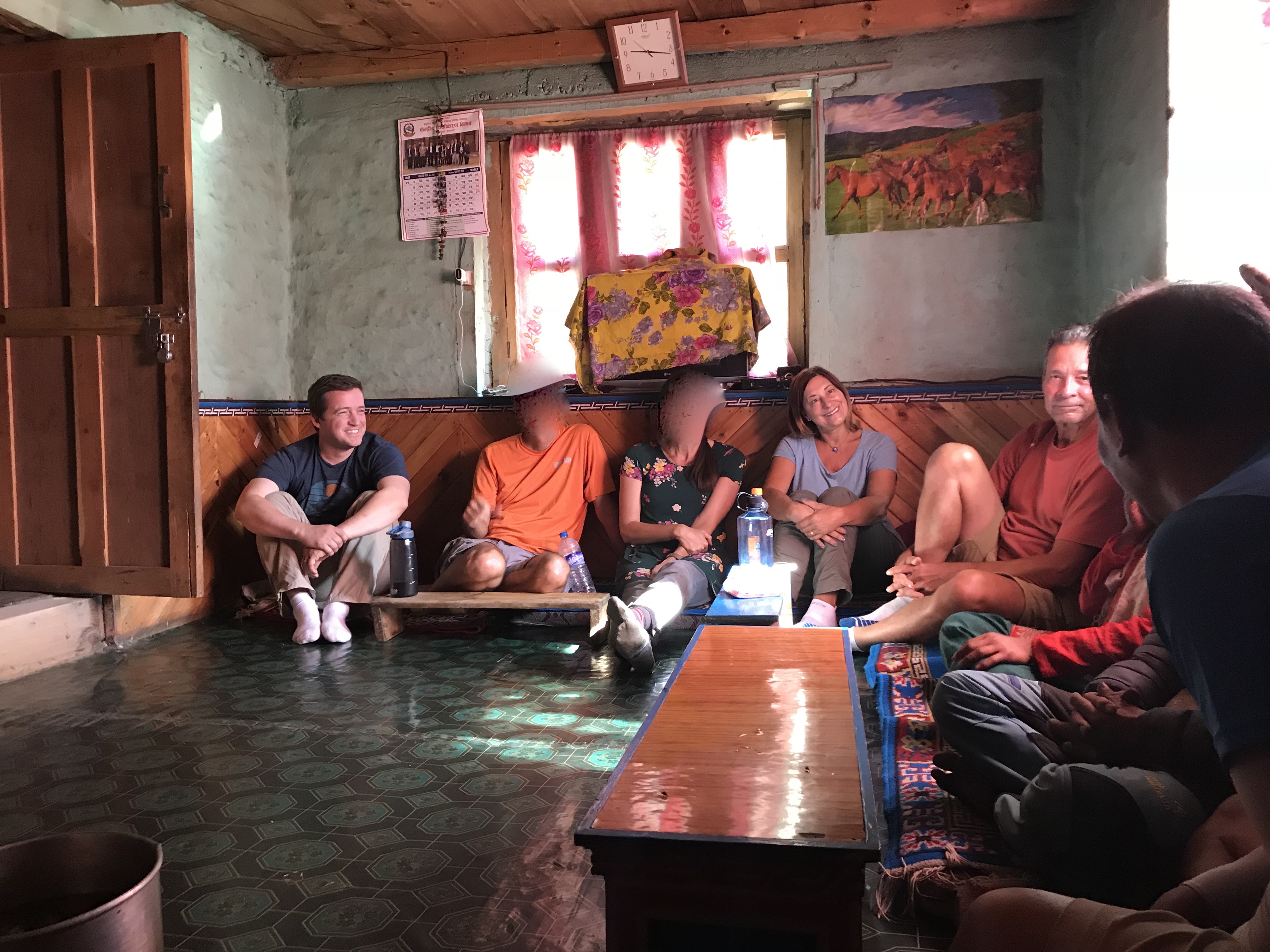 The next morning the team hiked and drove back to Jumla on a perilous road which we'll let them tell us about when they return! 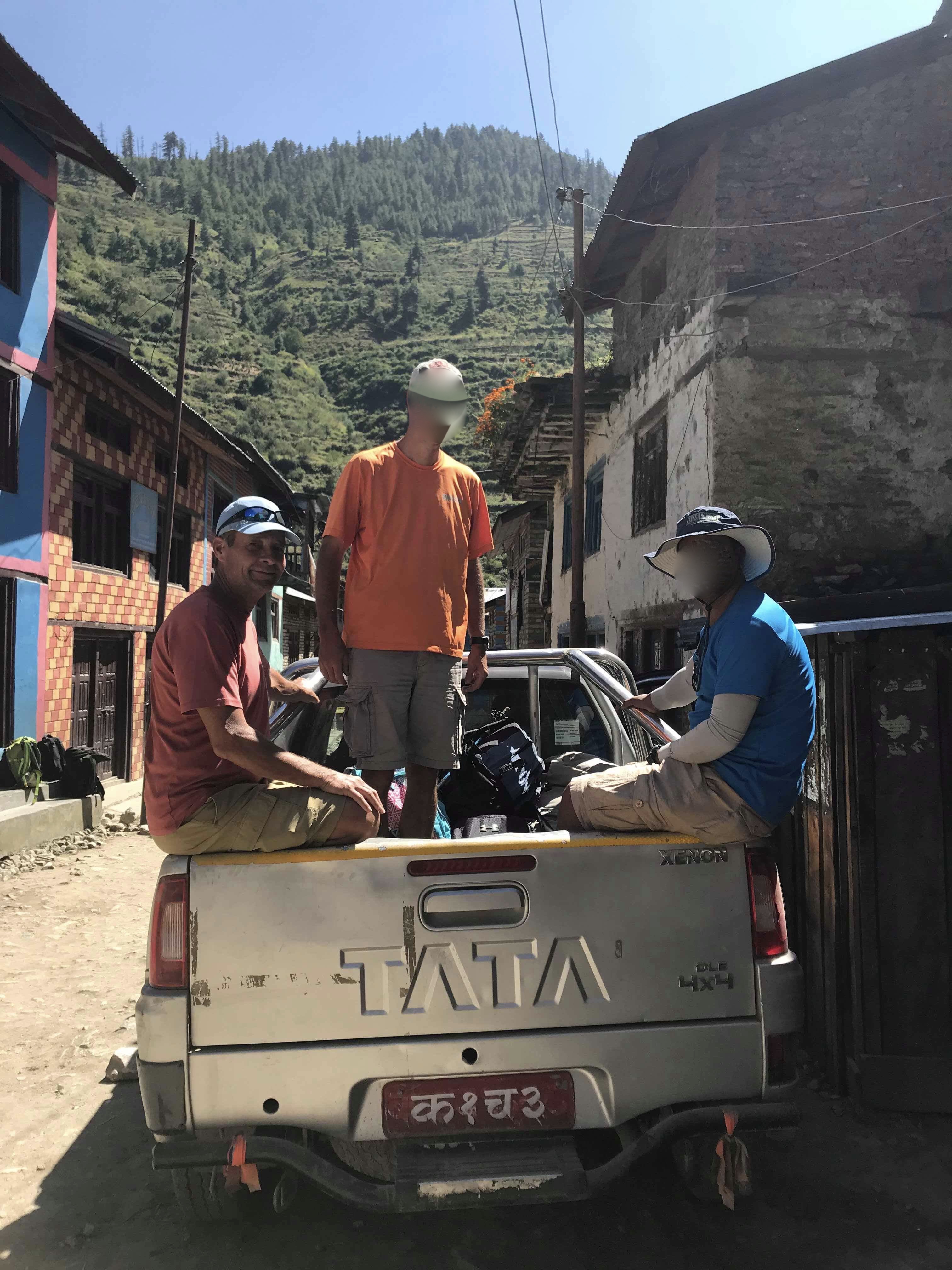 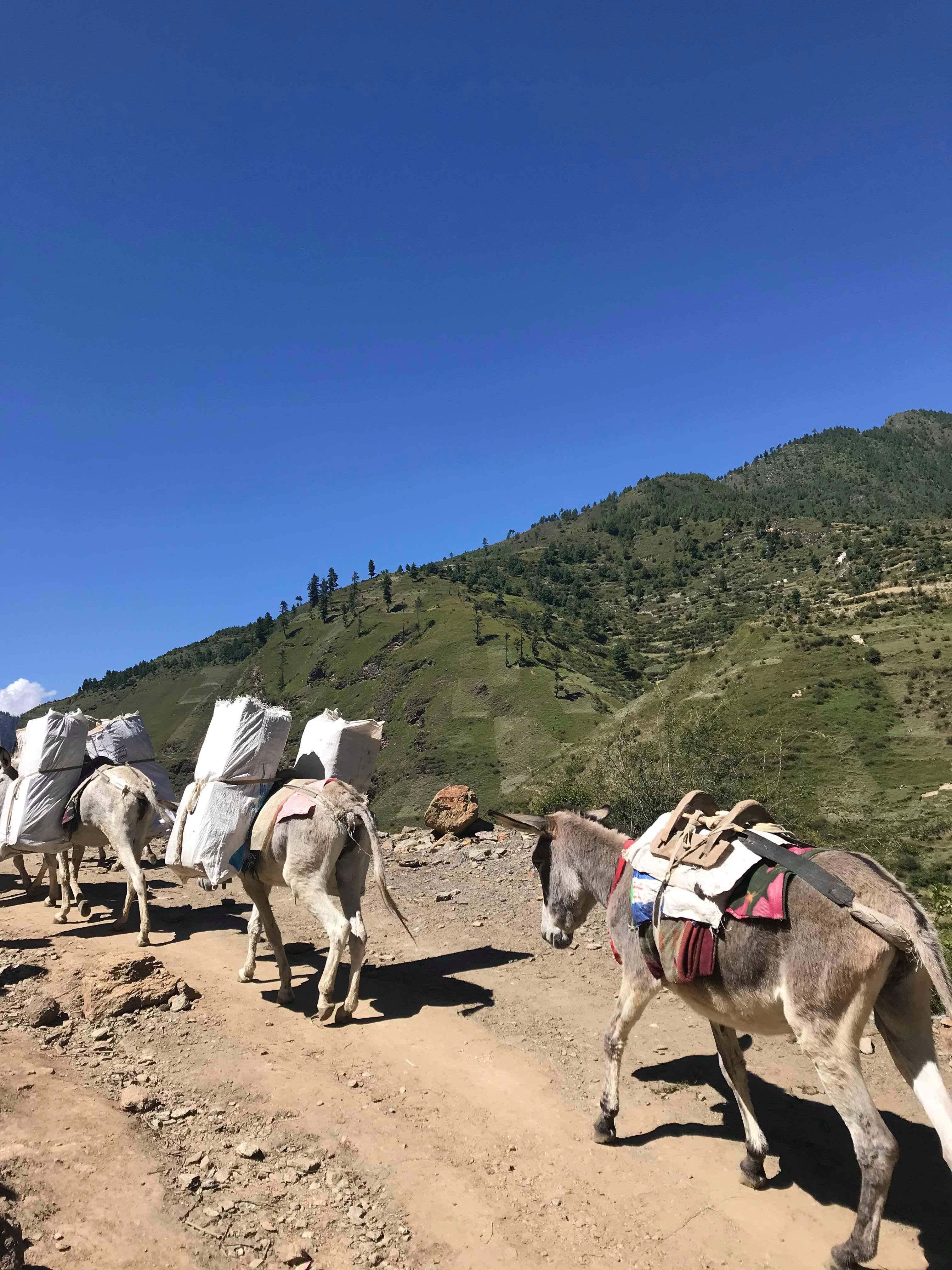 Matt reports that they are all enjoying things and love the hiking and love the people. Our team begins traveling out of the Jumla area to Kathmandu when they wake up in the morning.  They ask for prayer for: 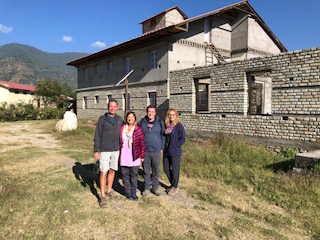 [Rick, Patty, Matt, and Andrea in front of the hotel in Jumla]

"It belongs to a believer's blessedness, to feel his spirit cheerful and active for the Lord's service in the world. For to what other end should he wish to live? If he thought of himself only, it would be better to depart and be with Jesus immediately. But he is a debtor to his grace and love; and though, strictly, he can make no returns,--yet he longs to show his thankfulness: and if the Lord give him a heart to redeem his time, to devote his strength and influence, and lay himself out for his service,--that he may be instrumental in promoting his cause, in comforting his people, --or enable him to let his light shine before men, that his God and Father may be honored; --he will account it blessedness."