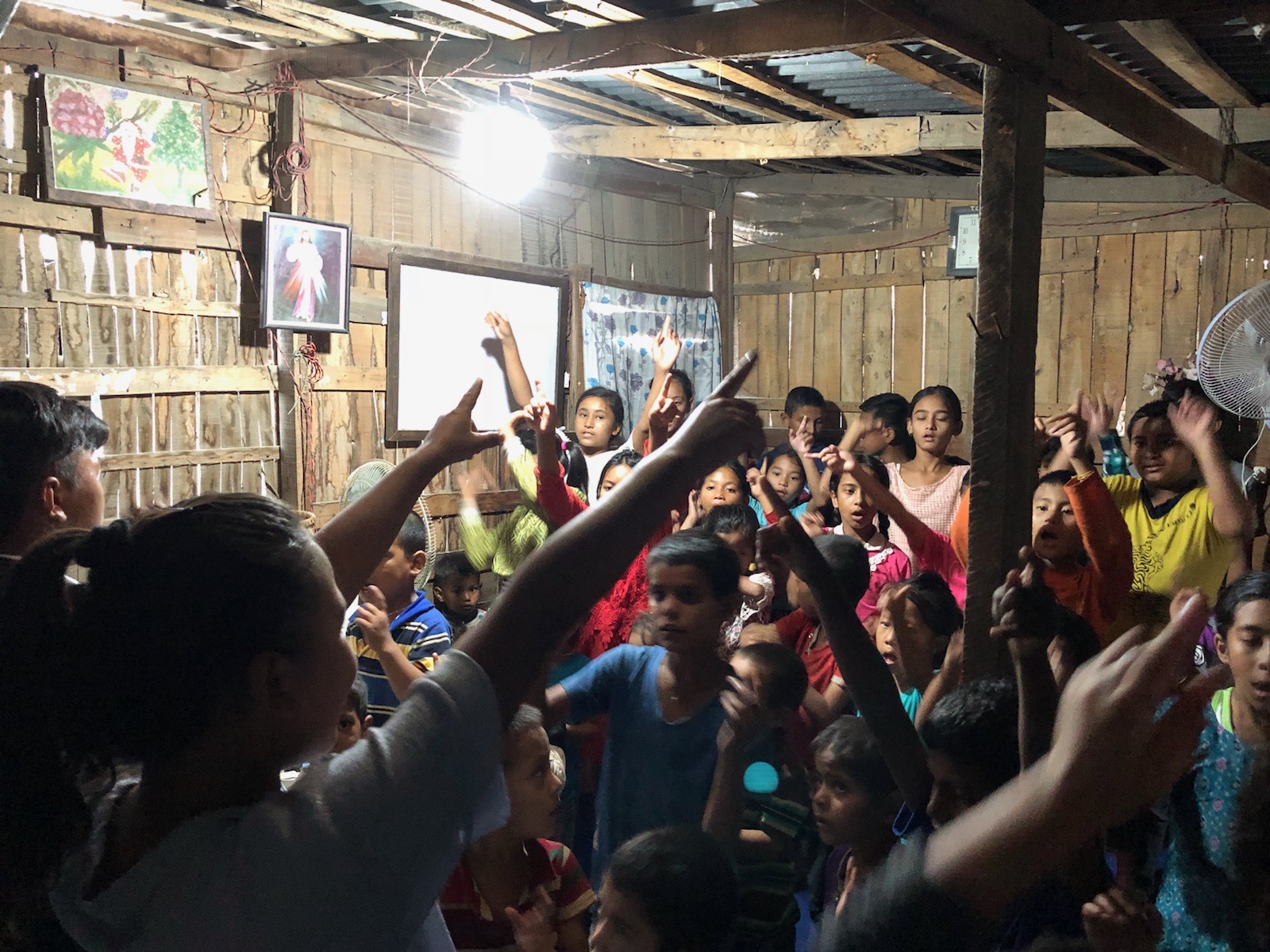 Early in the morning the mission team visited the Buddhist Monkey Temple. 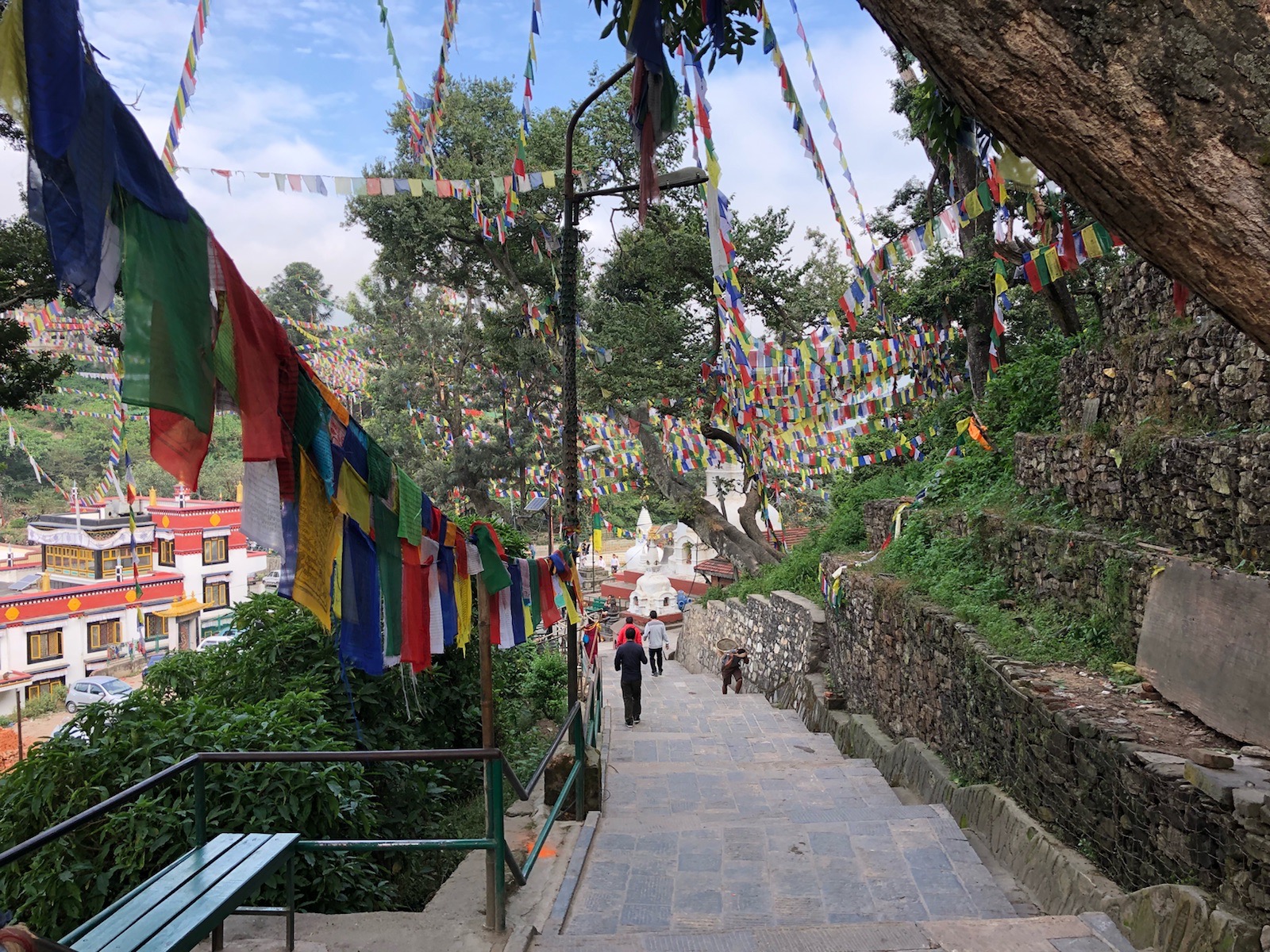 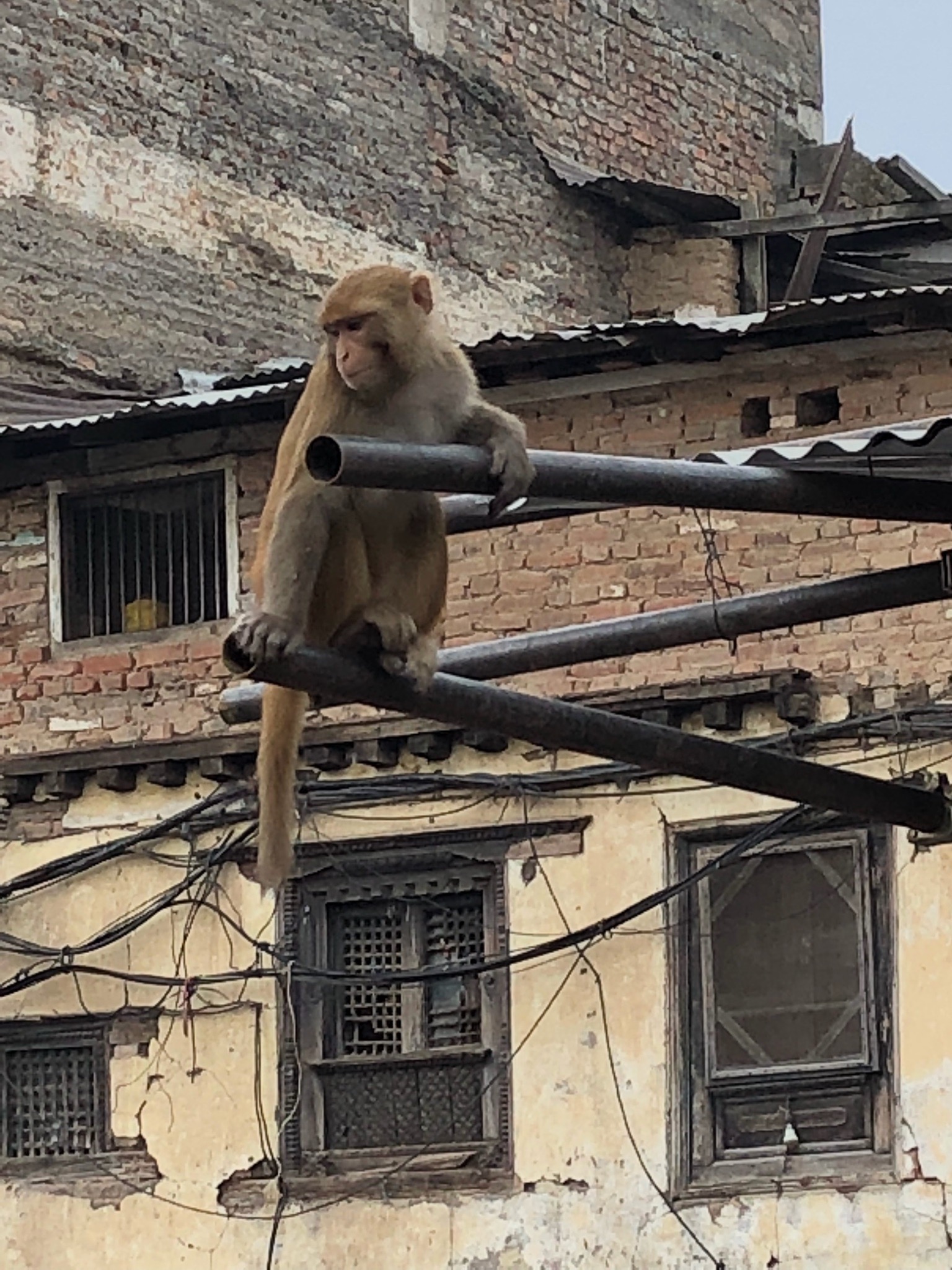 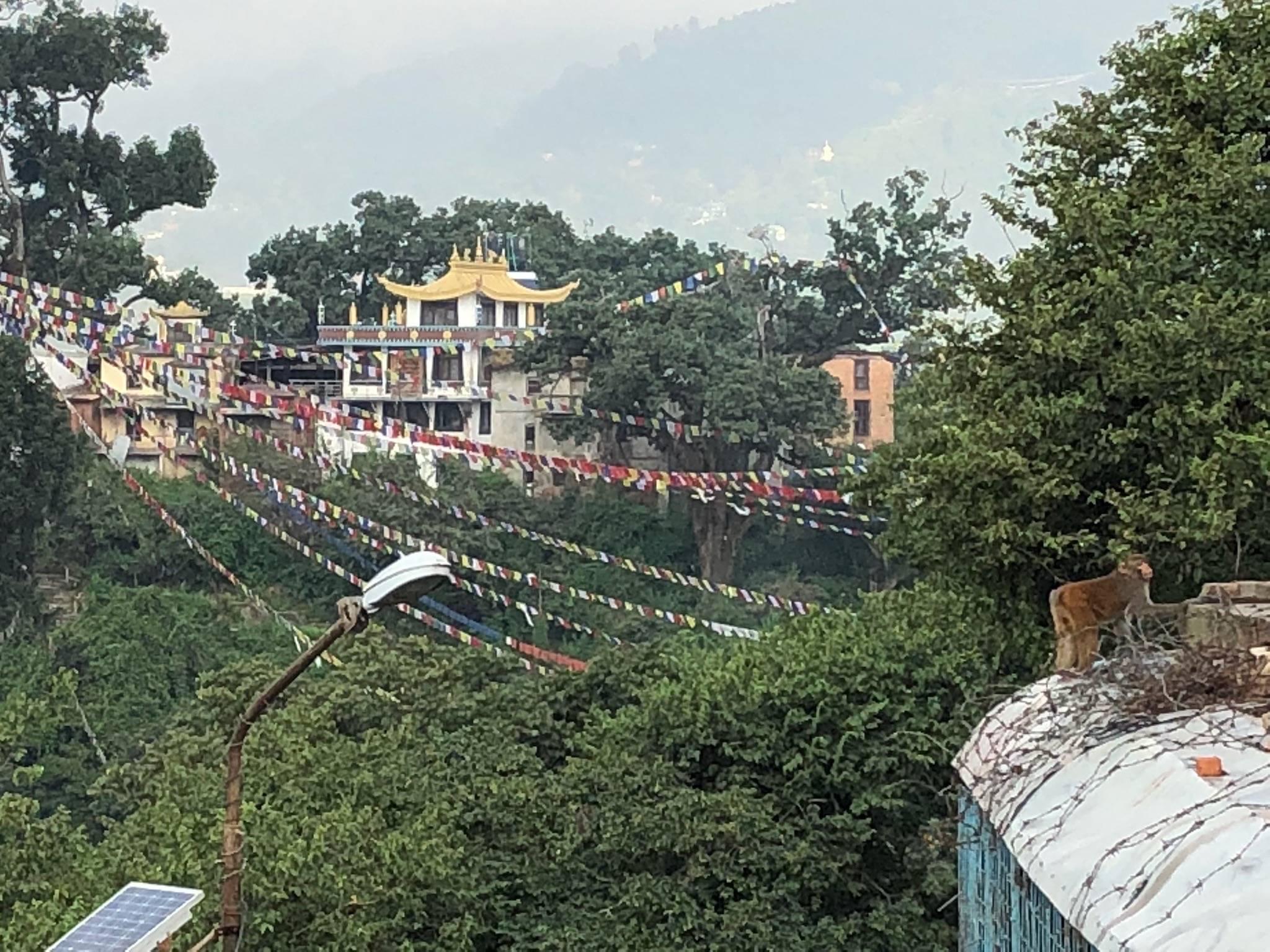 Then they visited the Hindu temple. As in years past, it was dark and disturbing. Following that, our group had the privilege of touring a clothing factory whose workers, women and girls, have been rescued from the human trafficking trade.

"Two couples started the business. They work with other organizations who rescue women. That's where they get their workers. They are like the second or third tier in the rescue process. Once they get them, they hire them and train them, and they make top quality export materials, clothing, etc."

There is plenty more to share about this business and it will be the subject of tomorrow's blog post, so watch your email for that update!

The team was not permitted to take pictures in the factory, however, they were able to get some wonderful pictures of the AWANA in the Kathmandu slums where they went next. 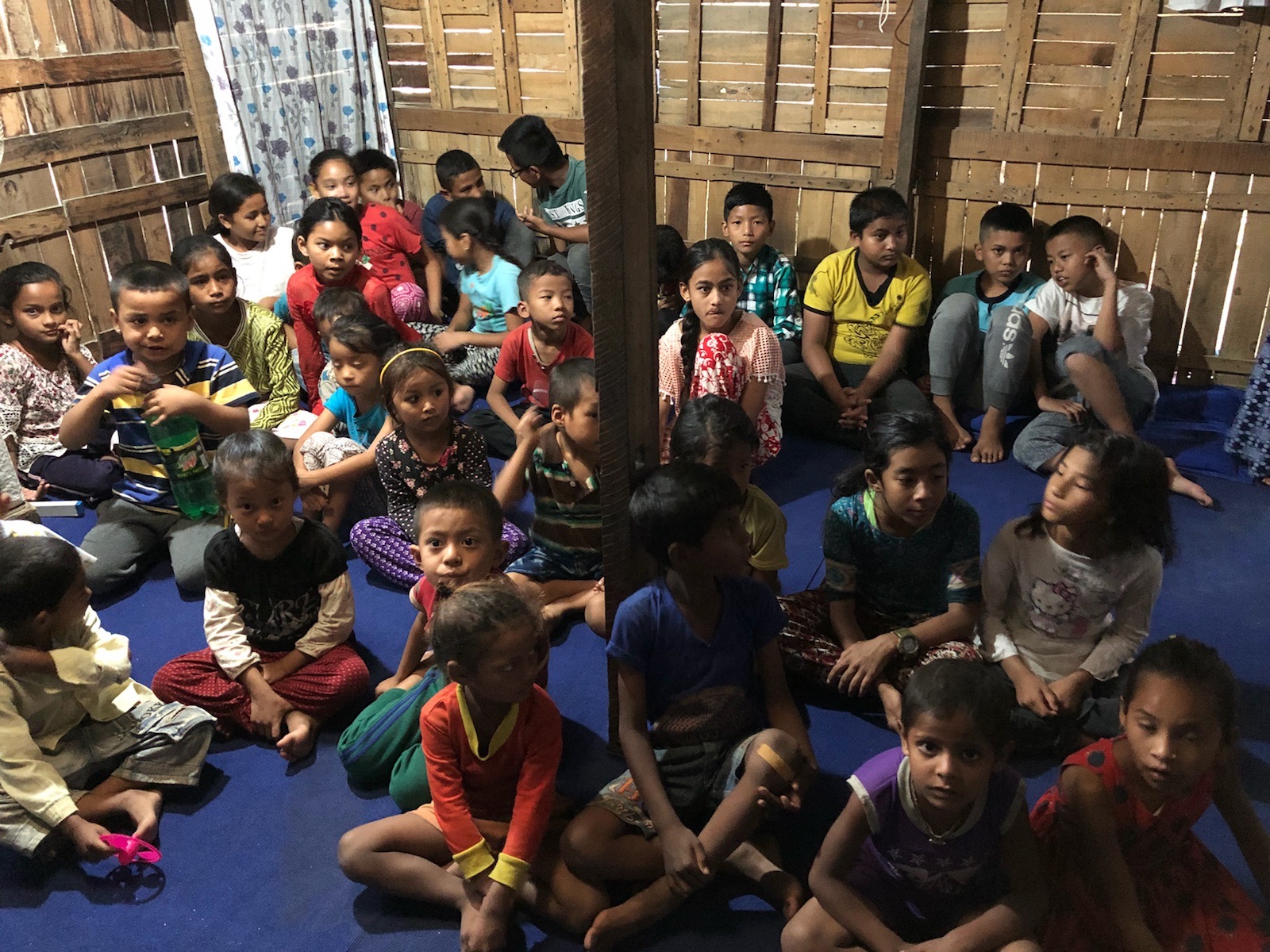 Oh wouldn't you like to overhear the conversation of those boys in the back? 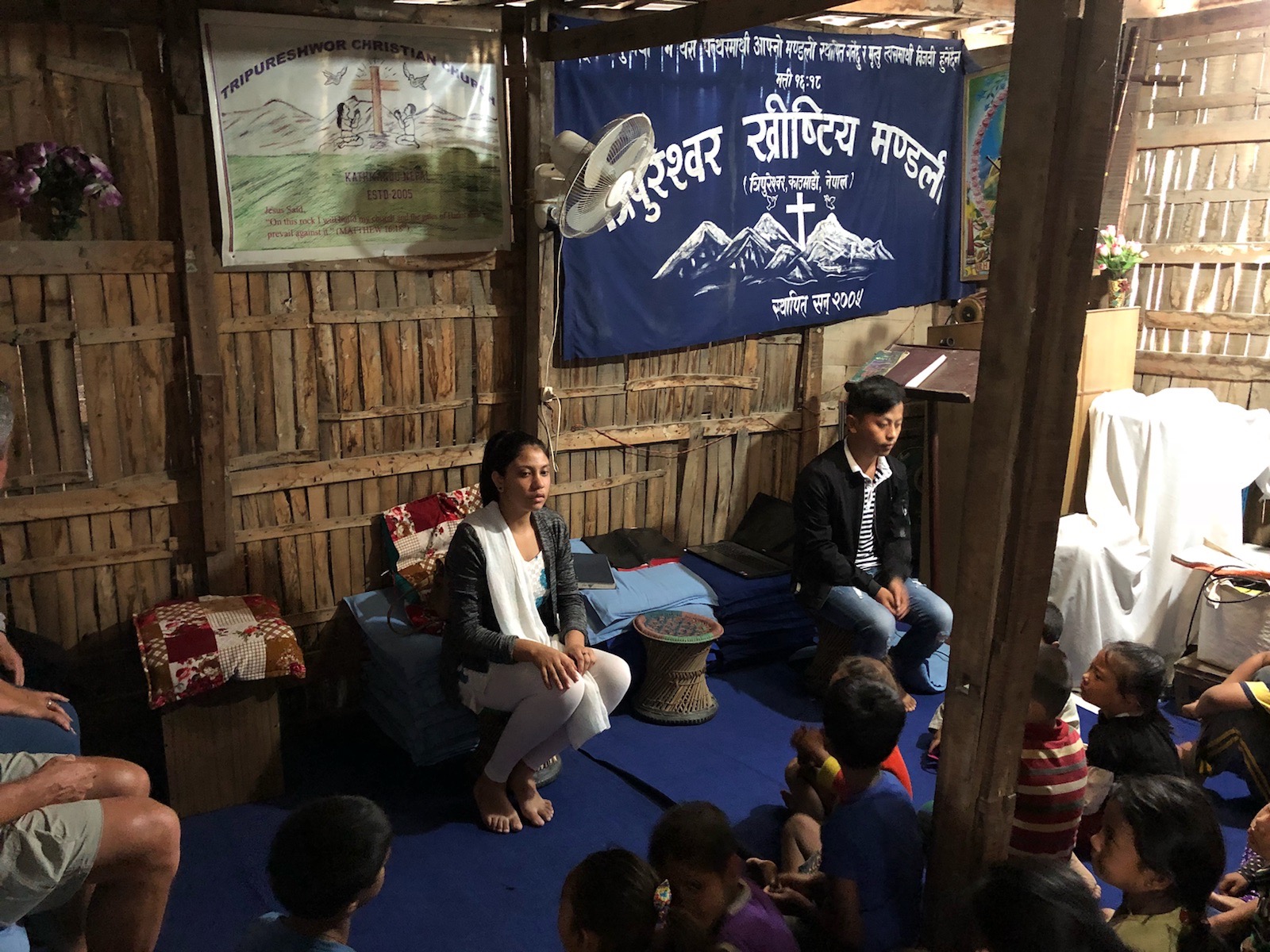 The blue carpet was purchased with some of the funds from FBC. Formerly, the children sat in the dirt while they learned their Awana lessons. 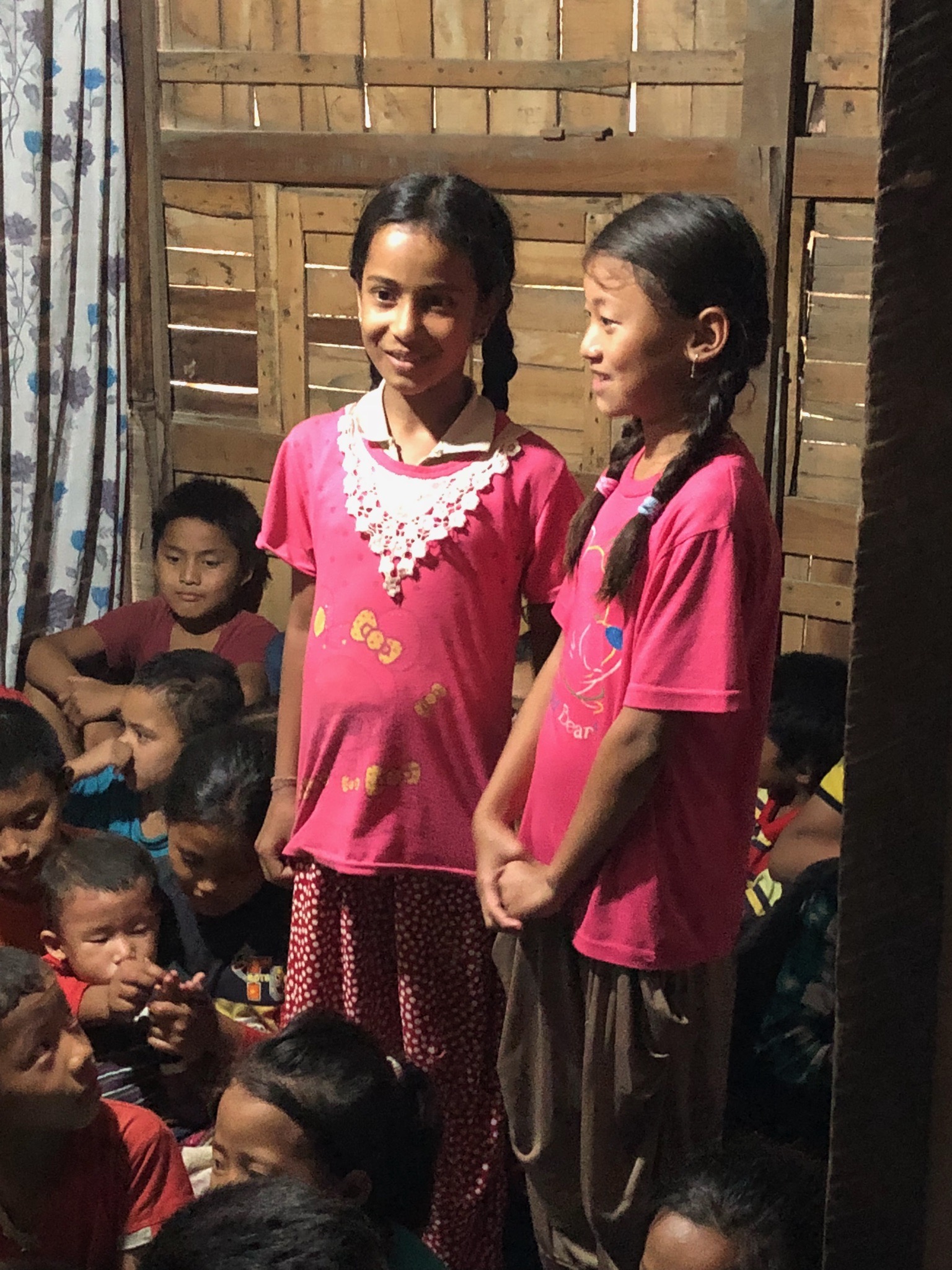 These young ladies are saying their memorized verses for the group. 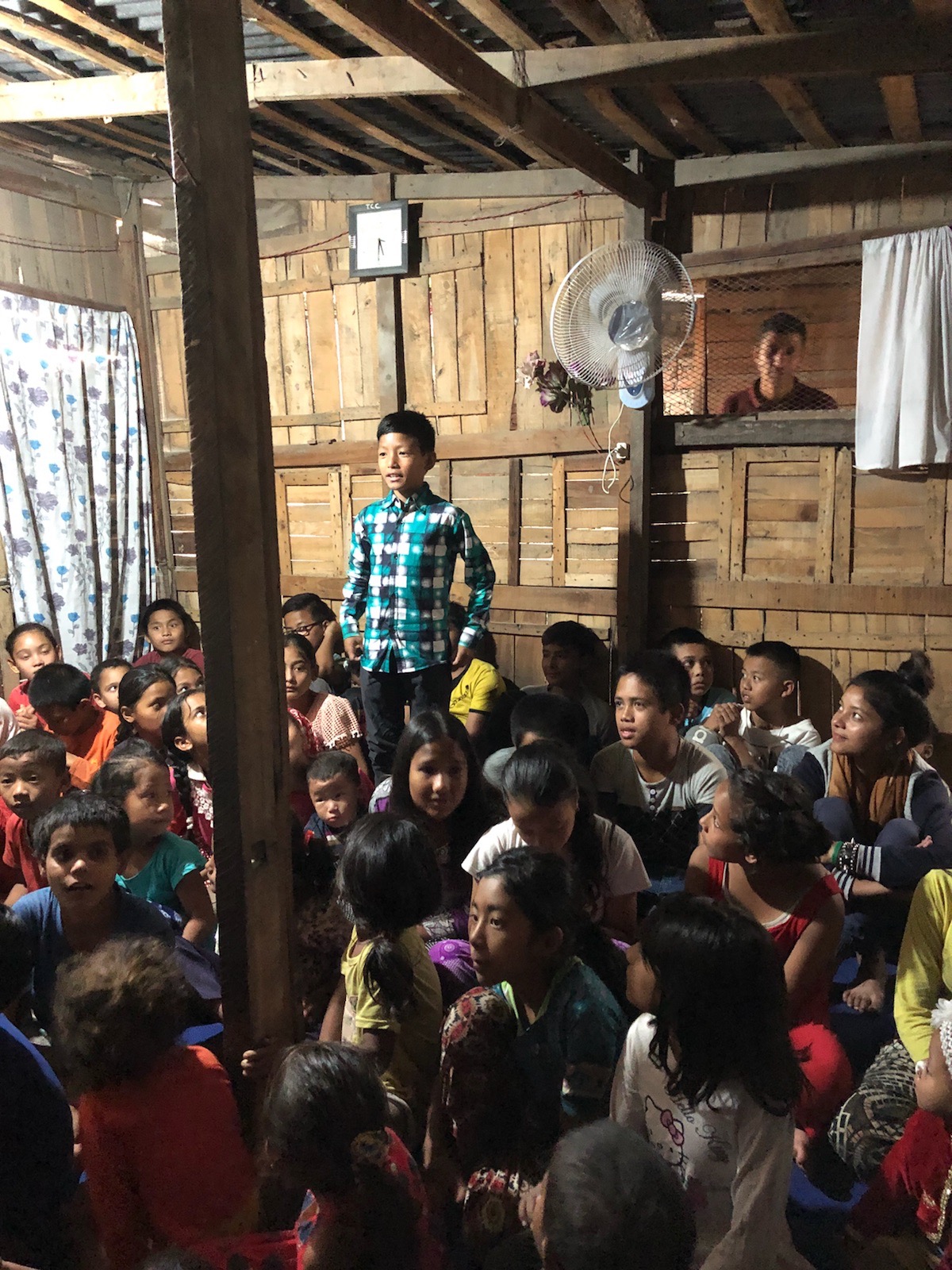 "[The teacher] is now picking out kids and having them stand up and answer a question about the lesson he just taught. The first boy got it wrong but the next three have gotten them right. All the kids clap when they get a right answer." 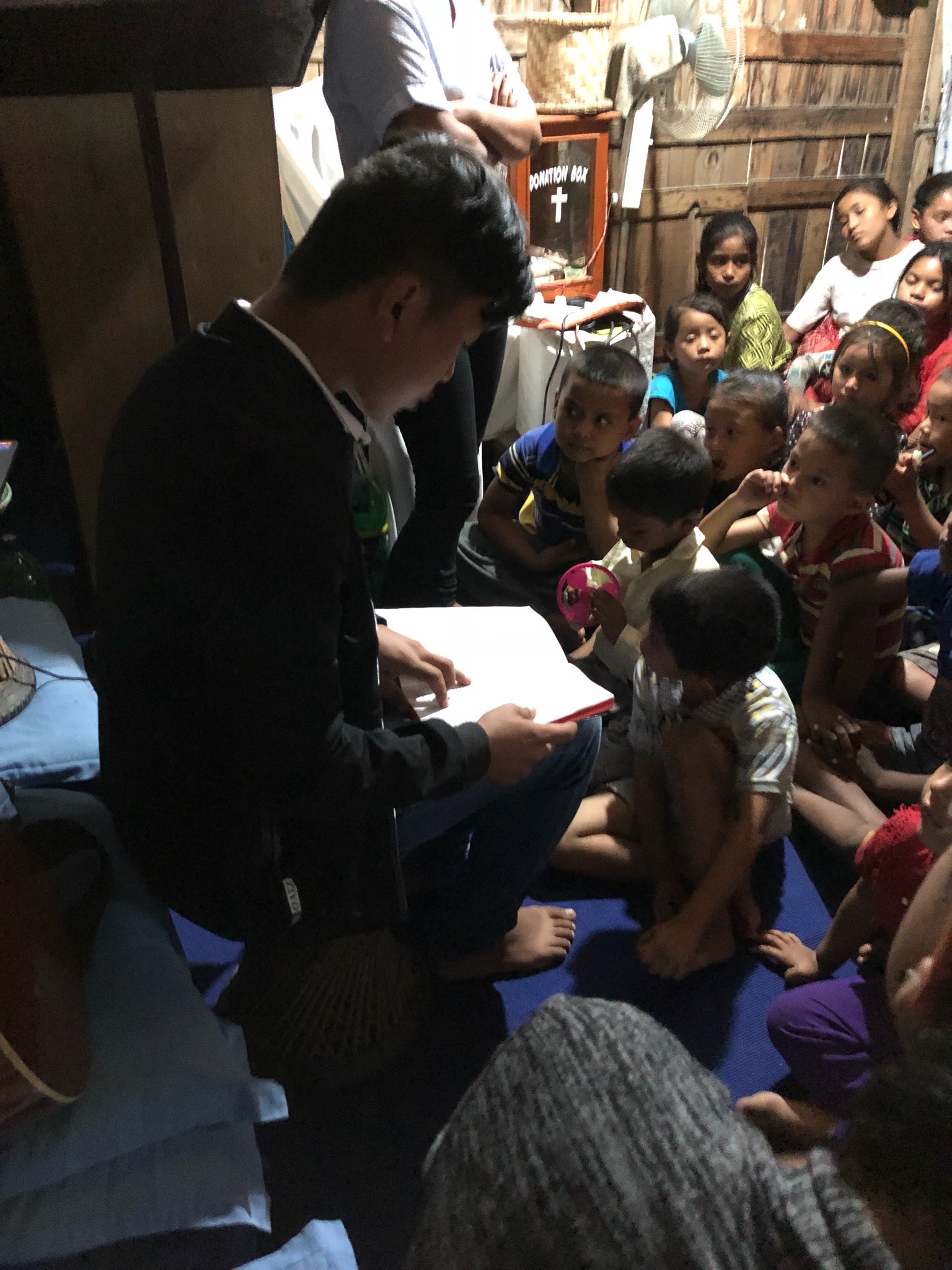 "He is teaching [the]lesson, behind him is a laptop with pictures he goes through as he teaches."

When asked if the children listen well...

"Doing pretty good. The leaders run a tight ship. [At one point] she had to yell at the children and pointed her finger and immediately, there was complete silence."

They are singing and doing the motions to songs that our children sing here...

"They have the laptop for the sound syster, playing music videos of American VBS songs in English, they have translated into Nepali, and taught the kids the motions, they just sang "Every Move I Make" and "Lord I Life Your Name on High" and Jessie sang "Jesus Loves Me" to them." 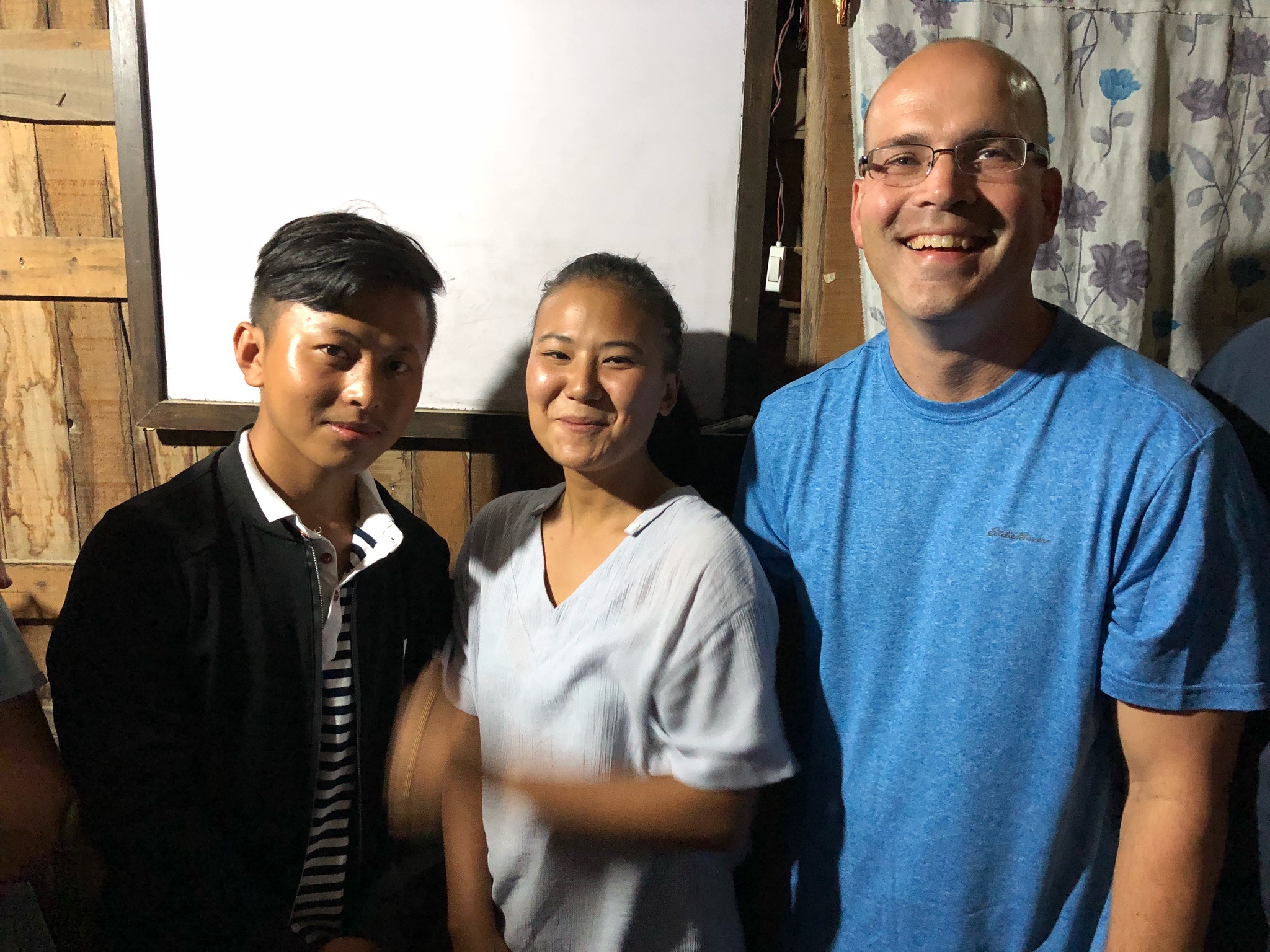 Darrin and the AWANA leaders. 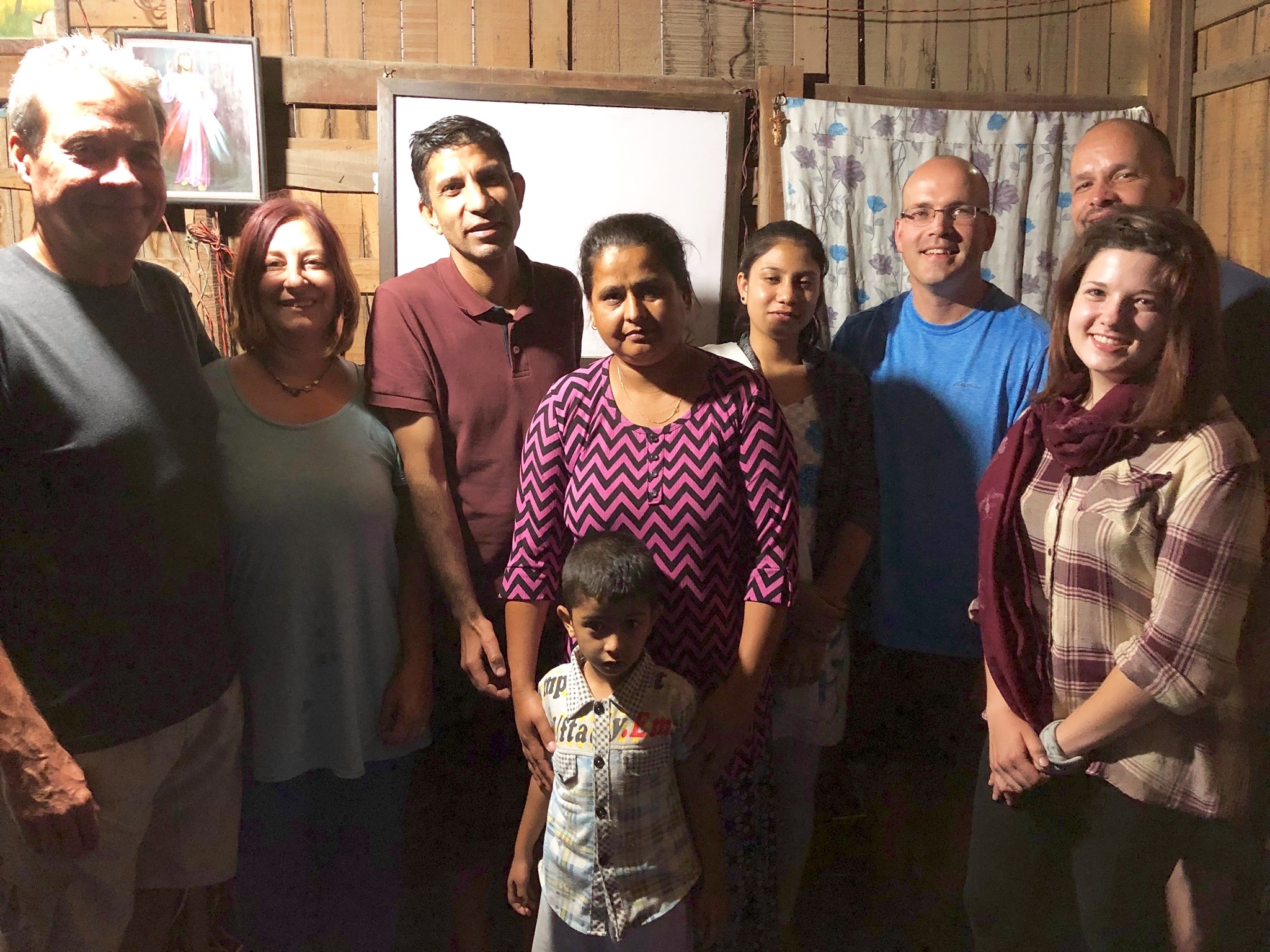 Our team with the pastor and his family from the Kathmandu church. 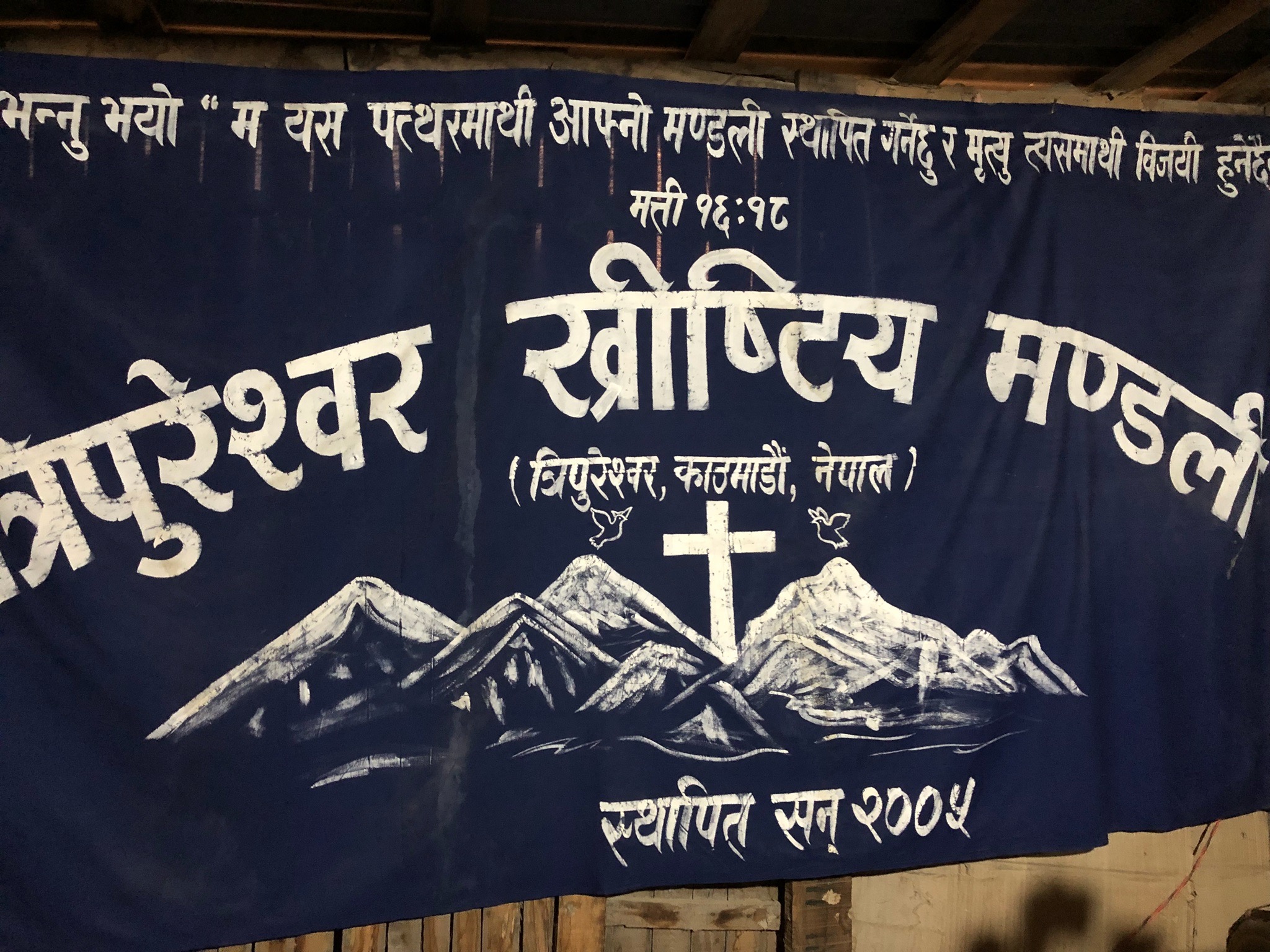 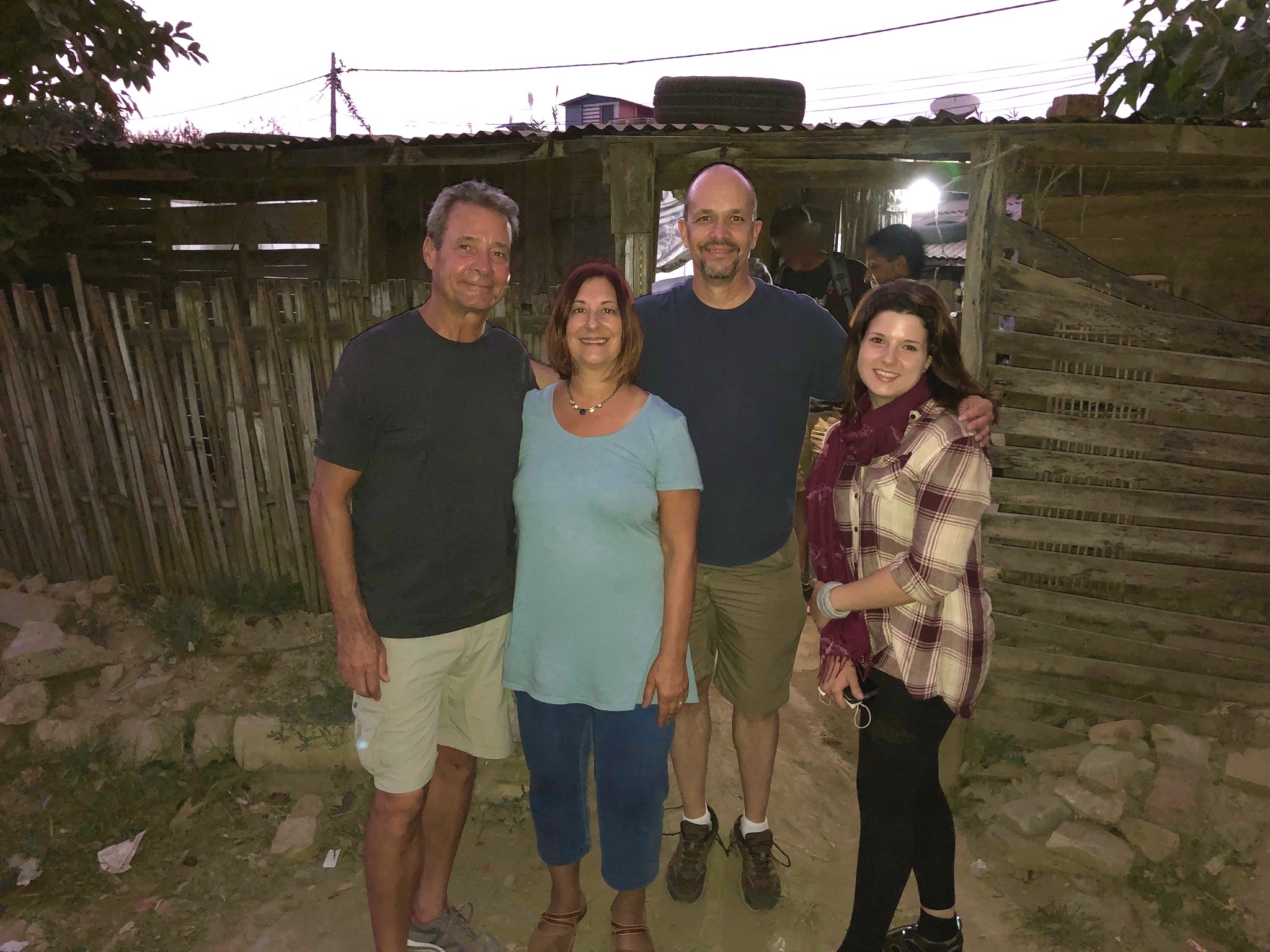 In front of the church in the slums.

After giving the leaders a gift from VBS at FBC, our team loaded into a van and headed for the airport where they will begin traveling homeward.

Please pray for our team as they head home: