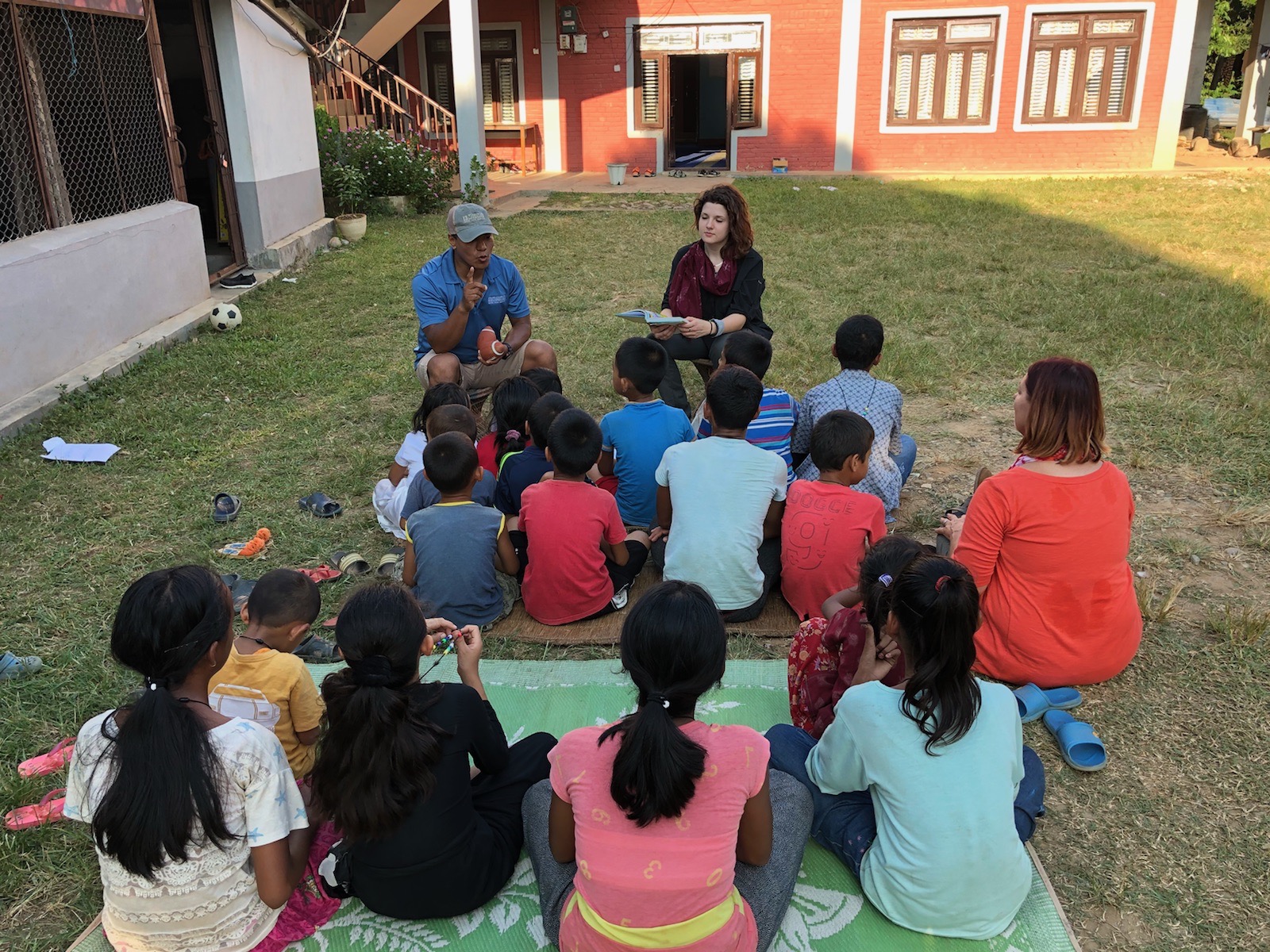 Our team is wrapping up day two of ministry in the village. They can see the beautiful Himalayan Mountains in the distance as they work. Jessie, teaching the children, Patty (in orange) listening with them. 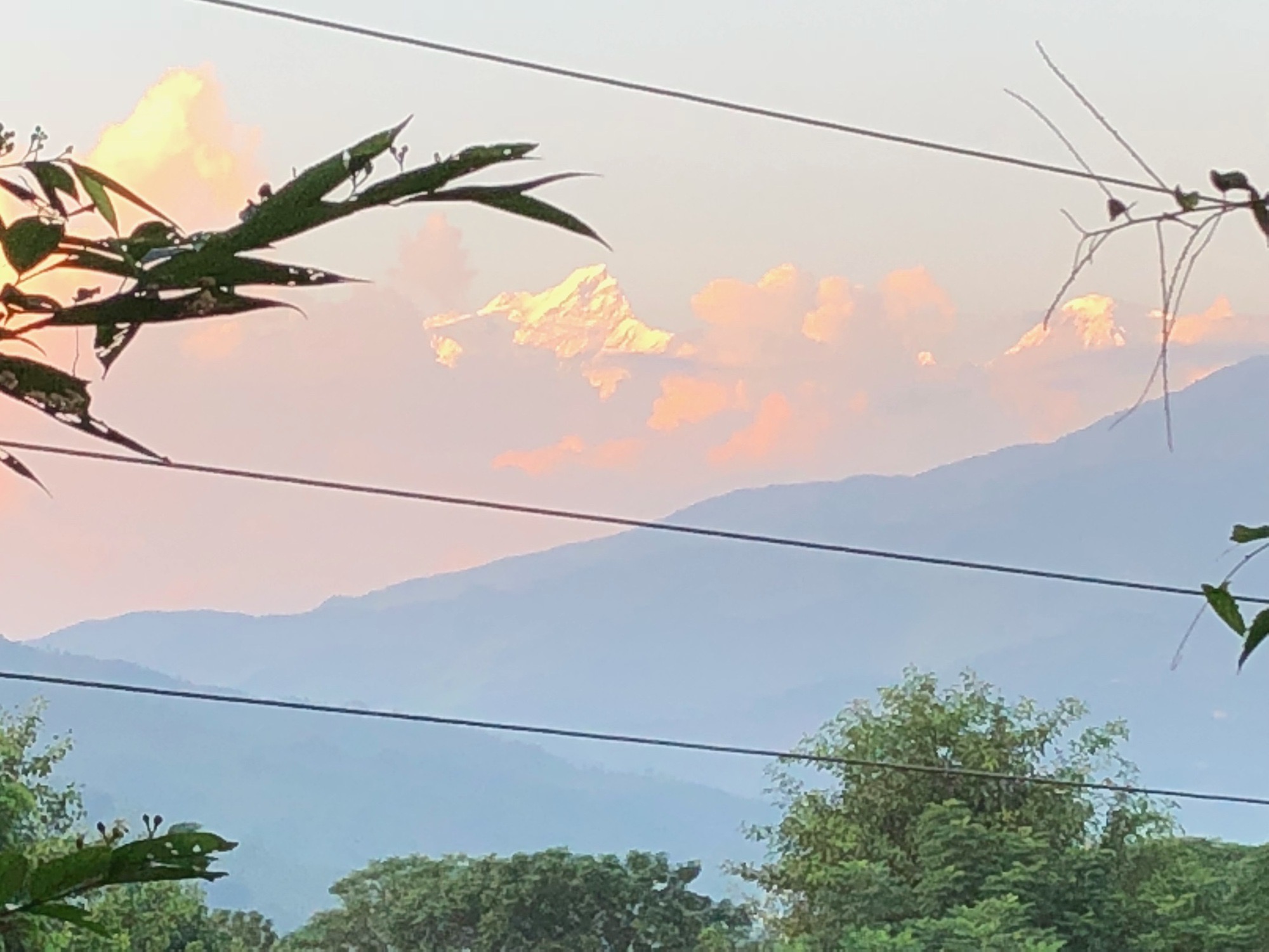 They began the morning meeting with the pastor of their host village who told them the story of his family and church and its place in the village. 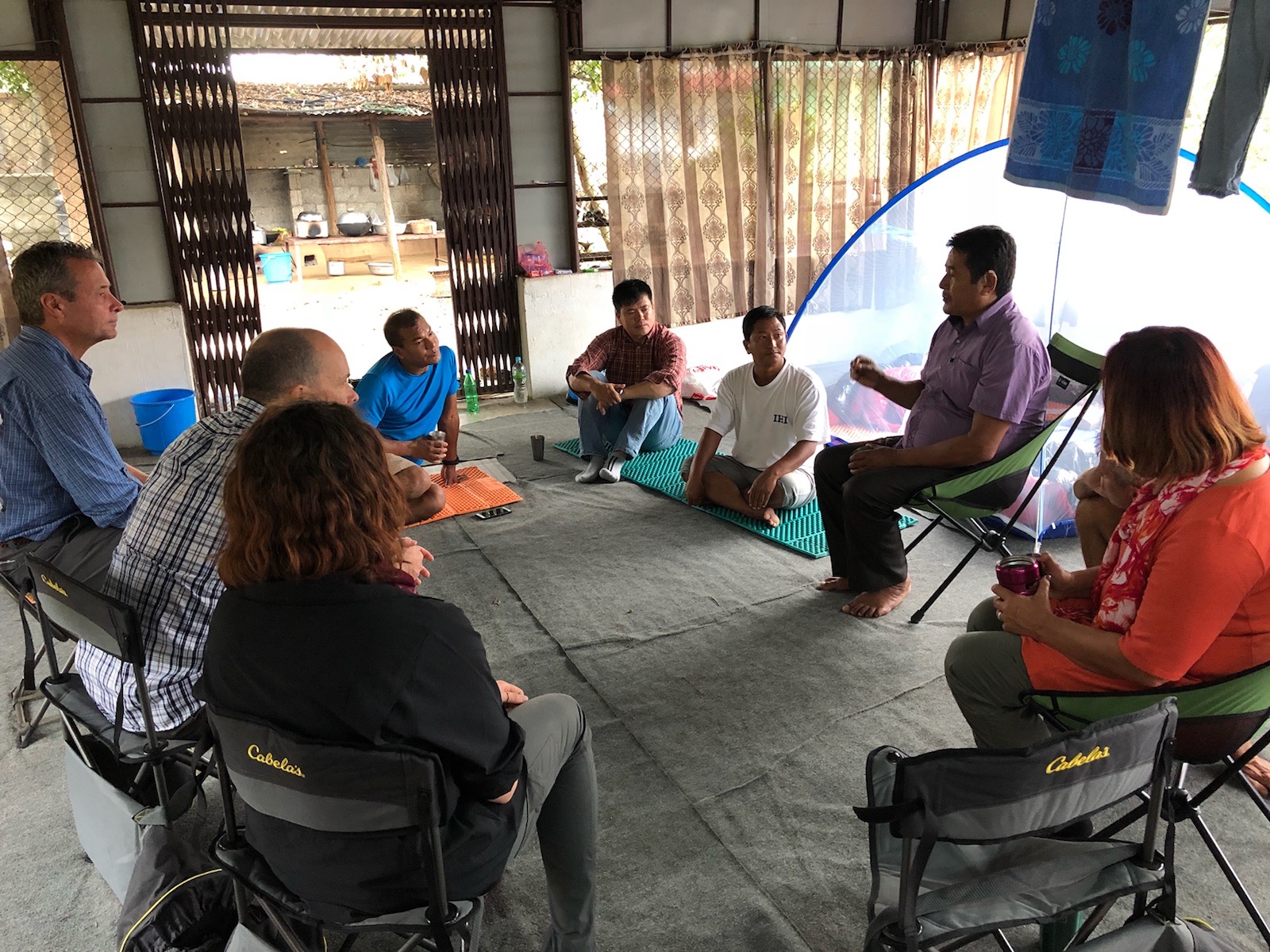 [The pastor is in the purple shirt]

In his youth, the pastor’s mother became very sick. When the local witch doctor’s treatments did not help, they went to the hospital and still found no cure. That’s when things got very interesting. The following series of events would be a significant turning point in the lives of so many in this village and in many more lives in future years and in villages far and wide. Our team asked me to save the story so that they could share it with you on their return…and so I will. (Don’t miss the Sunday they share! The team will tell us all about it on Sunday, October 22 during Sunday School hour at 9am). 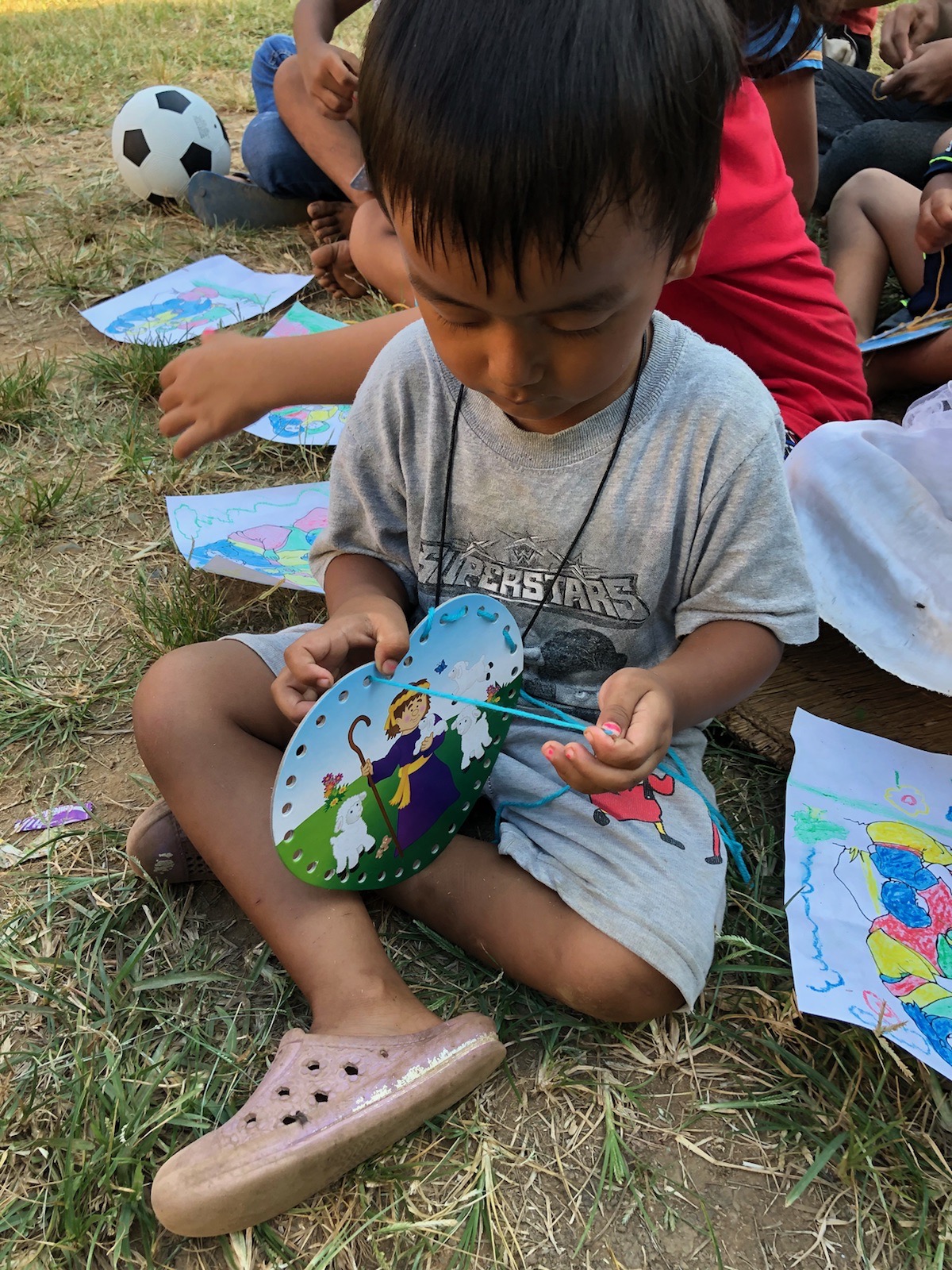 As promised yesterday, the village where our team is ministering is a unique contrast to many other villages in Nepal and particularly the other villages where our mission teams have visited and ministered on past trips. The church in the village owns a group of buildings on the site of valuable land. The buildings exist in a walled enclosure. The village is nearly 90% Christian! 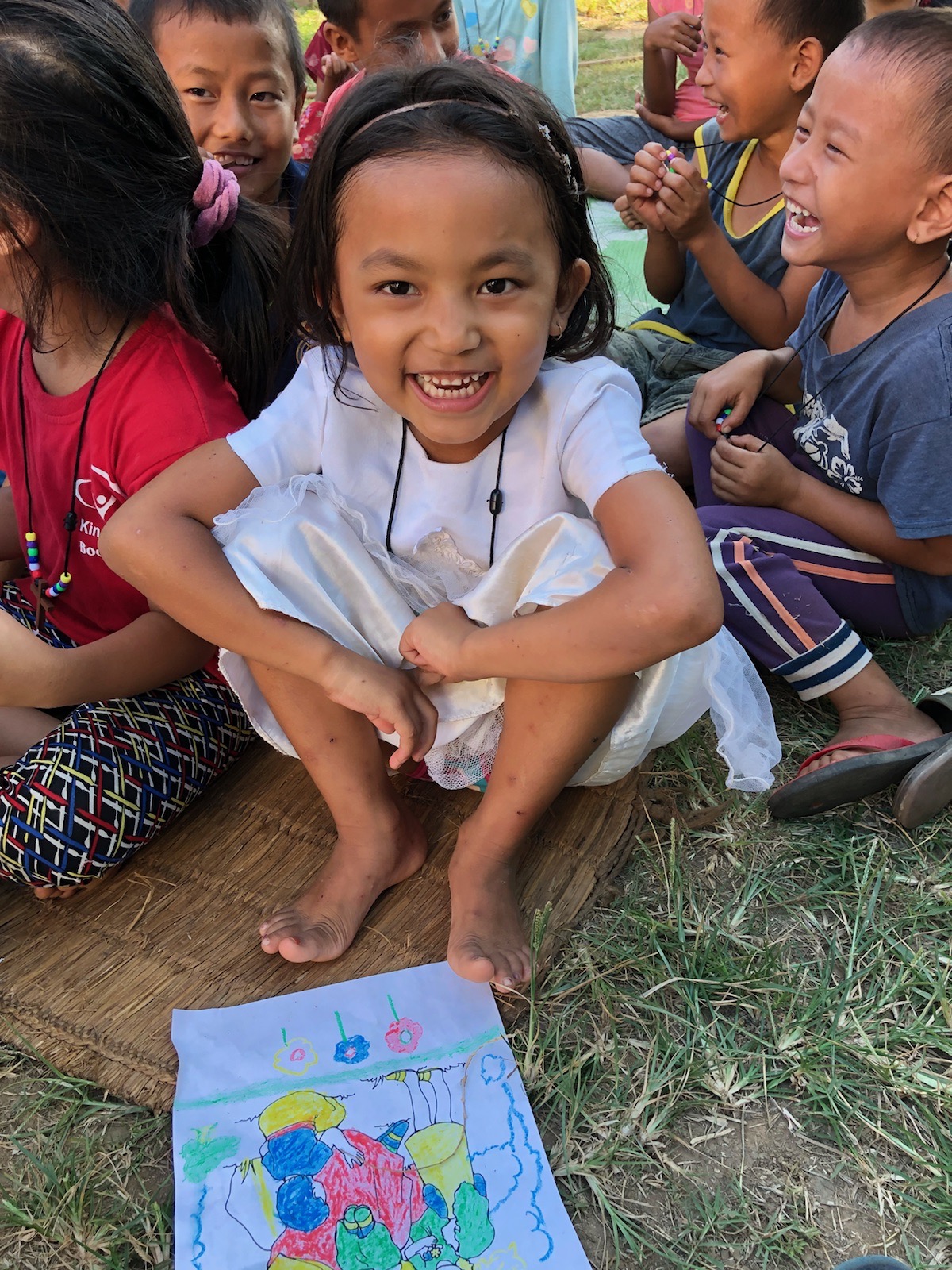 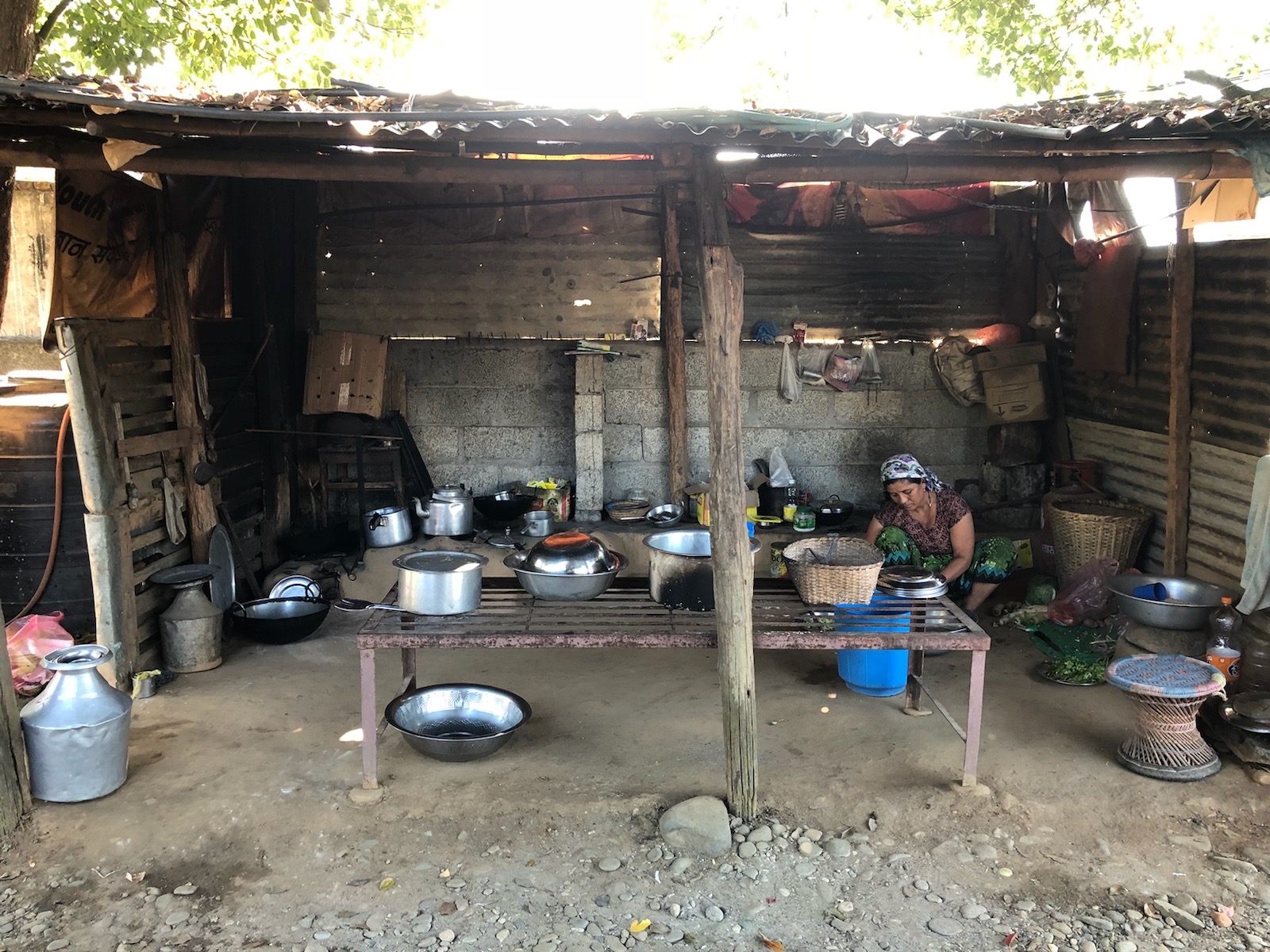 [Above: the church kitchen from which the meals are being prepared for the group] 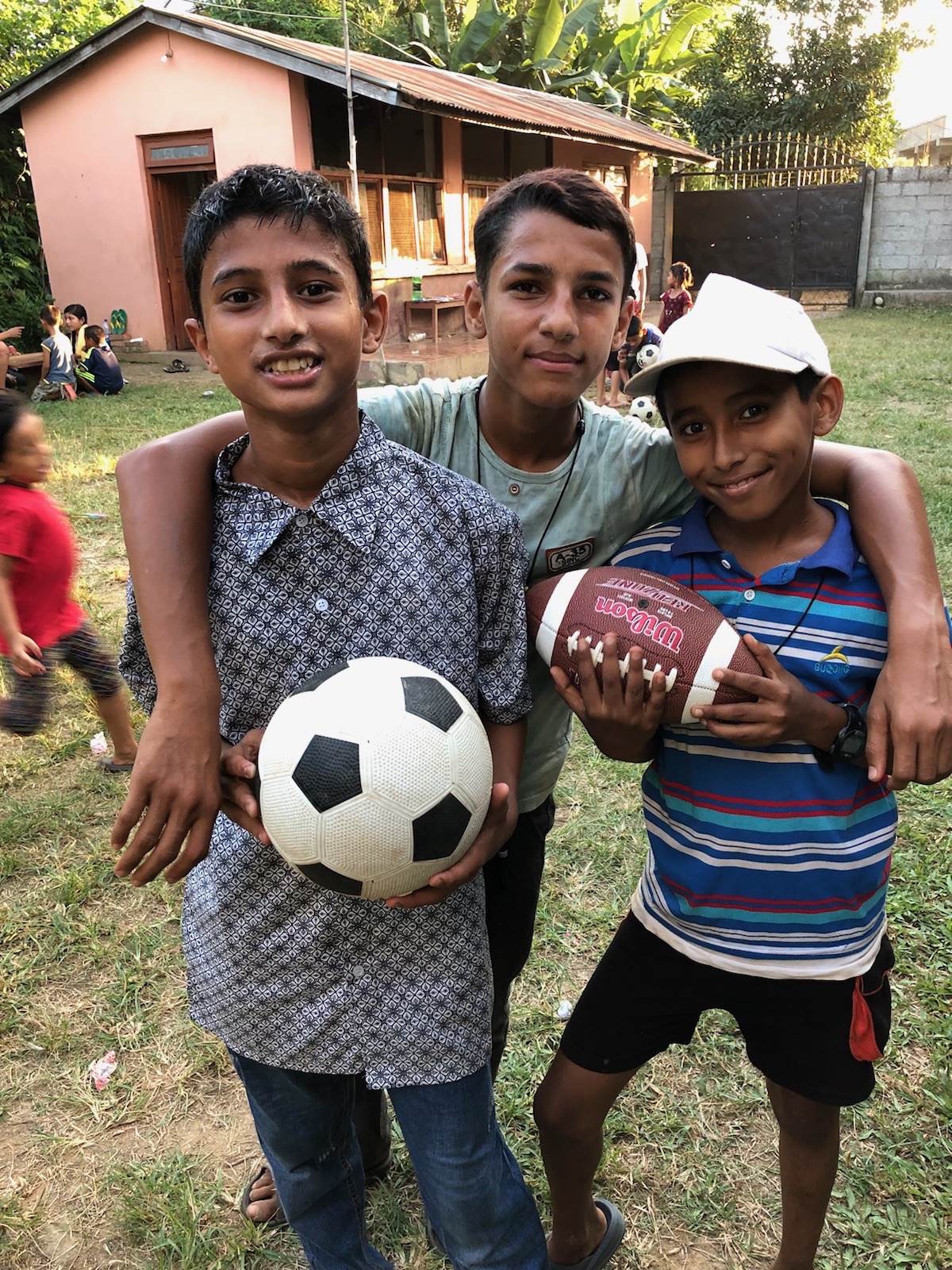 "We taught these boys football....

they asked us what it was called, and then they thanked us." 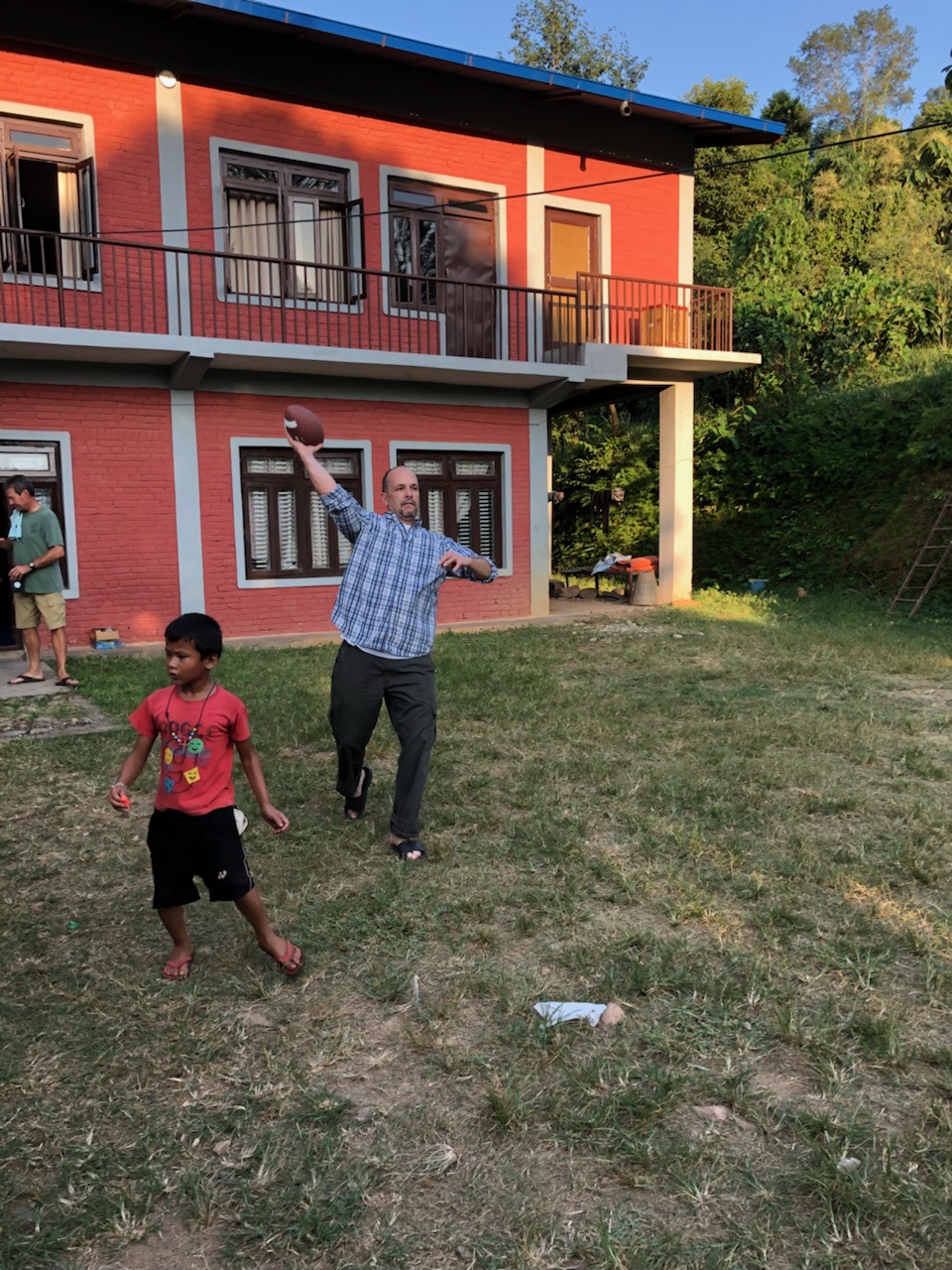 The mission team leader says, "This village is what every missionary would like to replicate. He is not aware of any other villages like this one and says that the example of this village is a good reminder that you have to be in it for the long play. You cannot come into Nepal and think that you are going to change it in two years. This village is a testimony to what can happen with a long view." 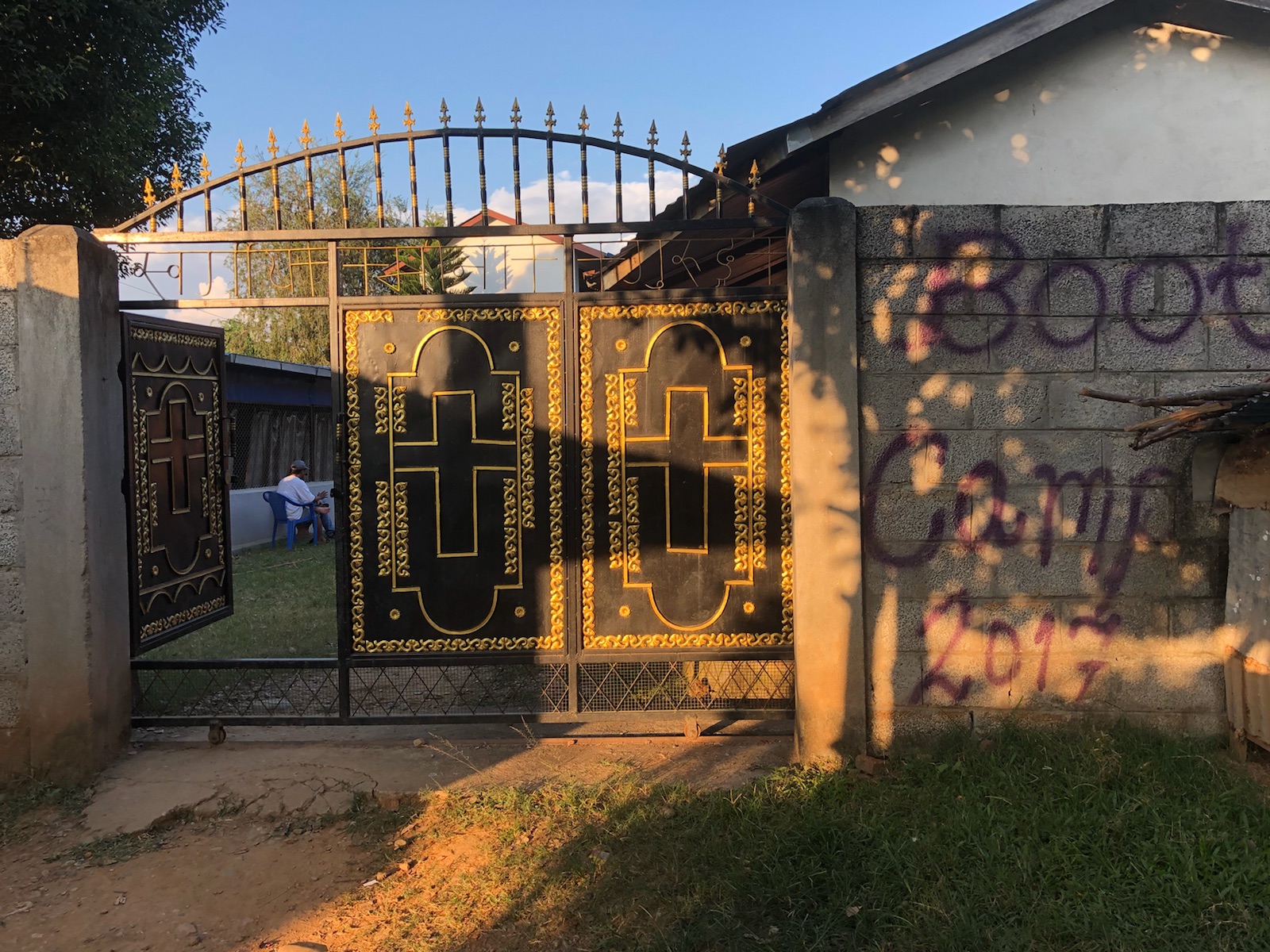 Our team is greatly encouraged by what they are seeing. Darrin comments that it would be hard enough to live in Nepal, let alone deal with persecution daily like some of the pastors from other villages do. Here, in this village persecution is not nearly the problem it is in most other areas. 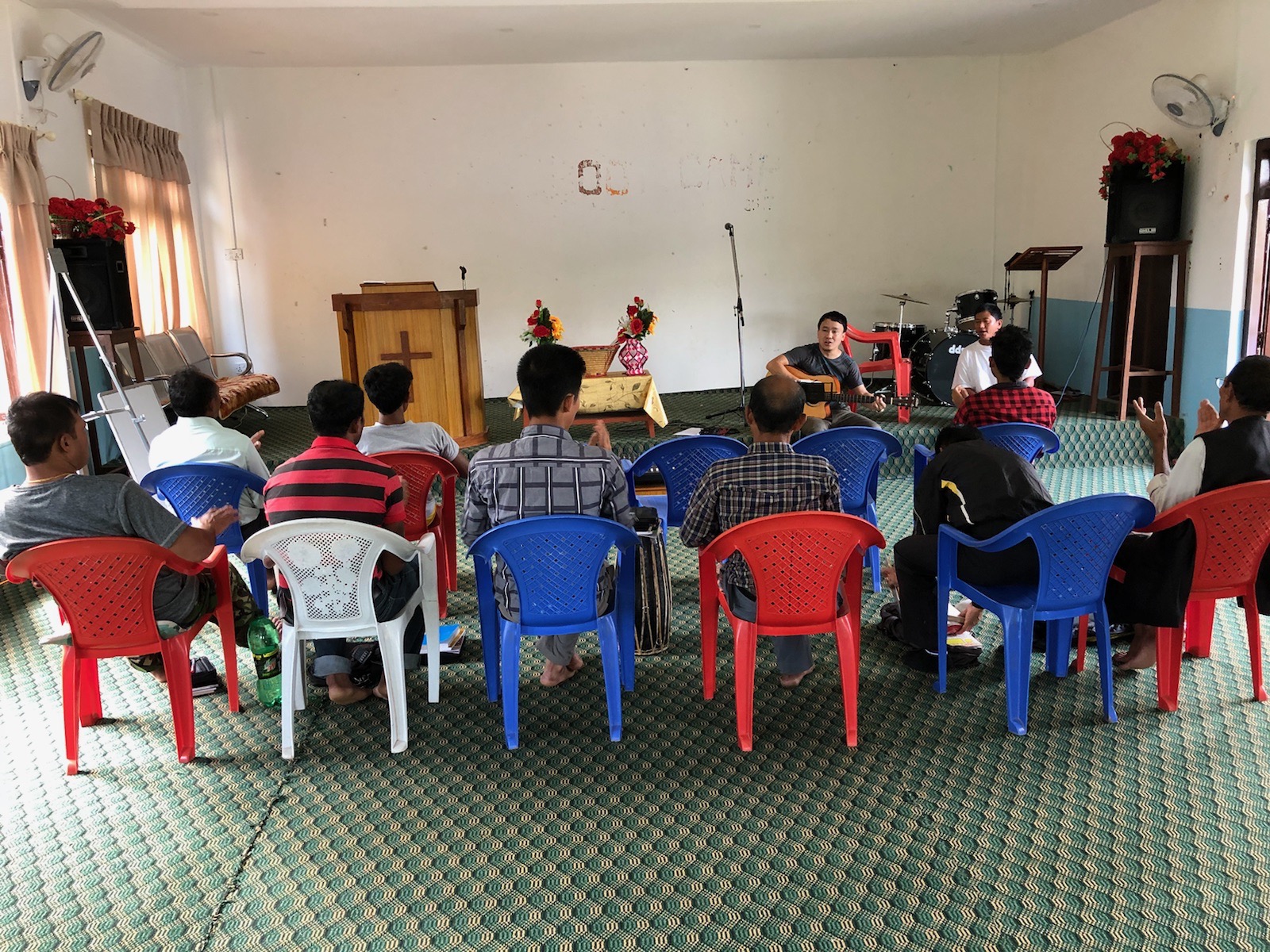 From this location, Christianity has spread up through other villages and is gaining ground for Christ. “By training the pastors [from other villages], we are sending them back out all over this region and district, hopefully strengthening and encouraging them which will, in turn, strengthen and encourage their churches, which will lead to a spread of the gospel. This place gives hope as to what can happen in Nepal.” 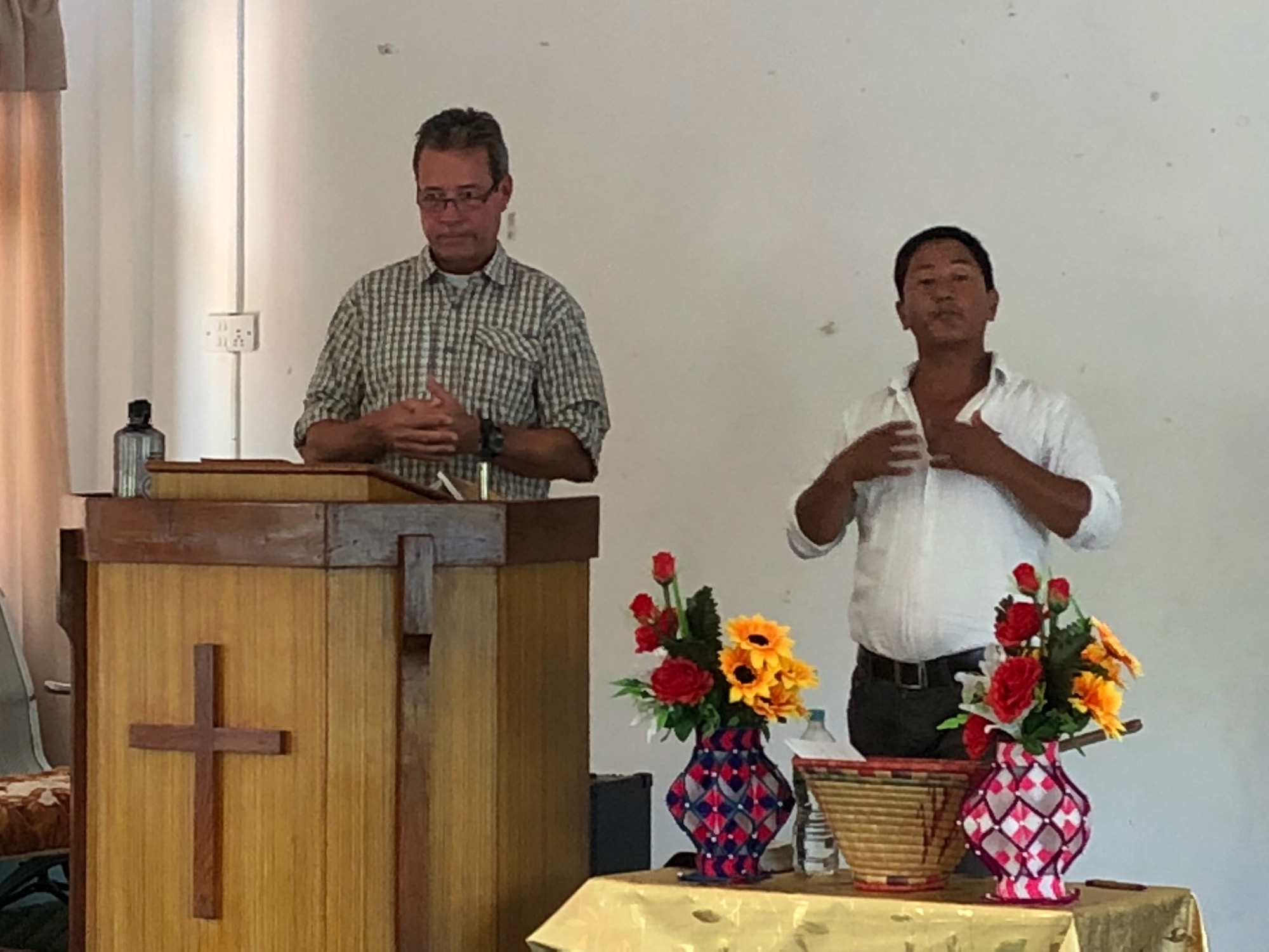 As much good as they are experiencing, the heat remains a factor! The forecast is for more of the same weather through out  the remainder of the trip.

Please keep praying for our team and those with whom they are spending their days. Pray:

Thank you for your prayers thus far in the trip. There is much work left to do while they are in Nepal and our prayers fuel their efforts. Keep up the work here on our side of this mission church! Through our team, we are able to participate and "Go into all the world!"