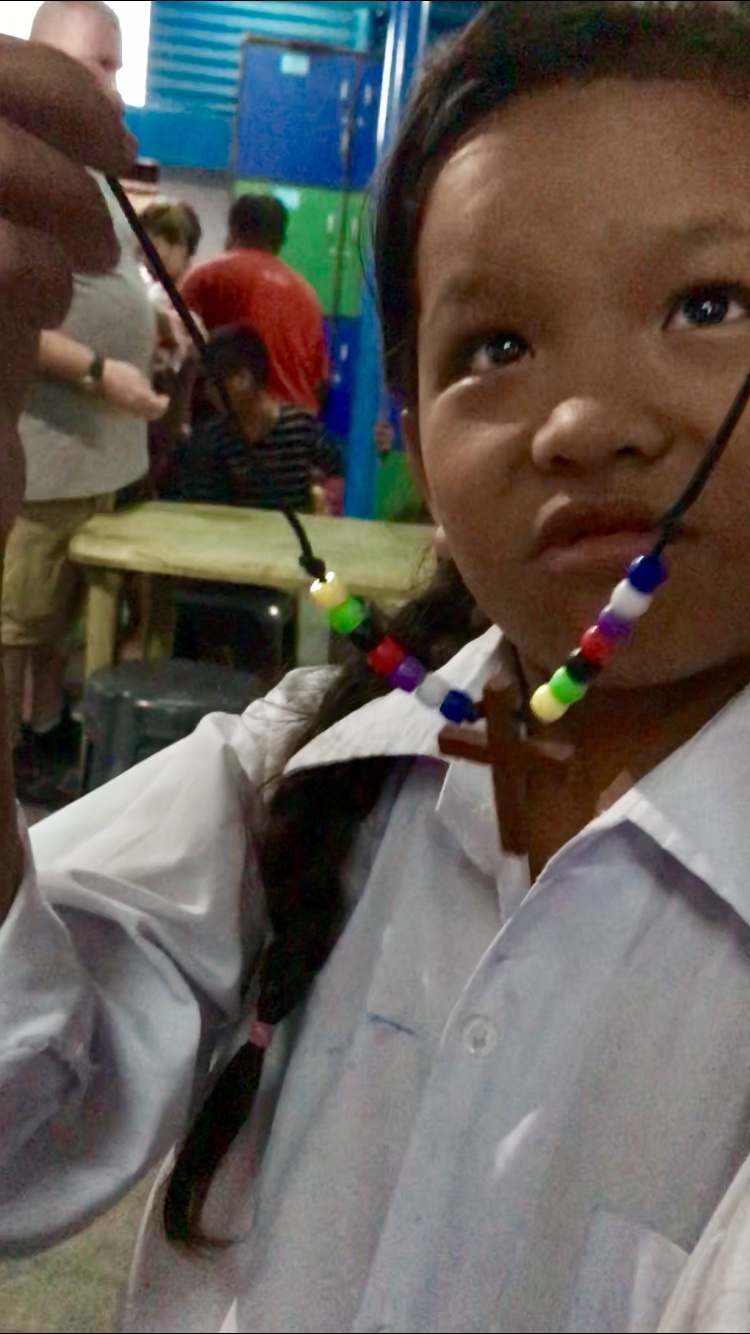 While the 2018 Nepal Mission Team was in Pokhara, the second largest city in Nepal, the Children's Ministry branch served in what is called the Tuition Center which is located in the slums. Each day the children begin their days and end their days at the center while attending school in the middle. 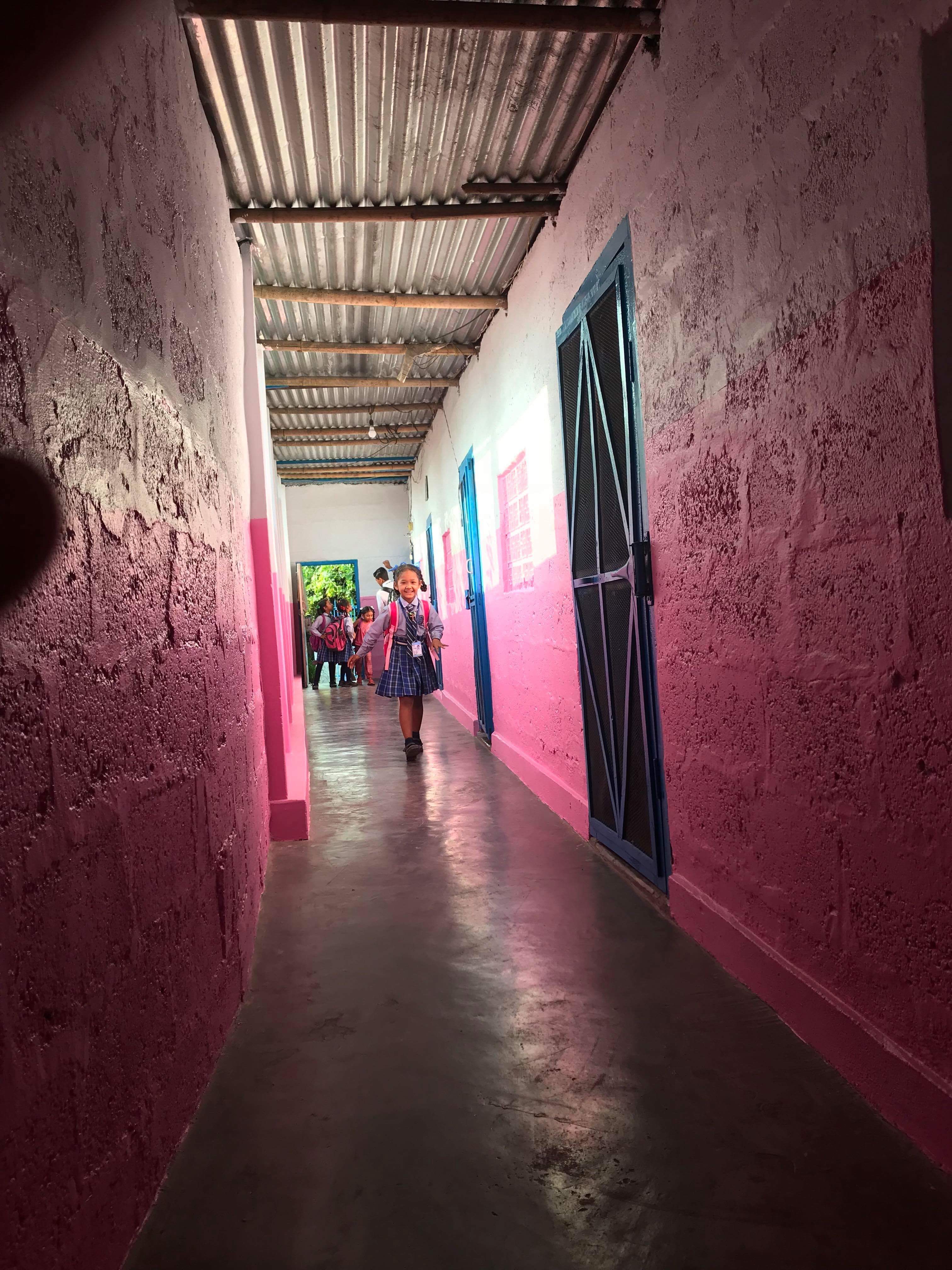 The Children's Ministry Team served the kids by helping them with their homework, and by conducting a Bible School. (You can read more about the Tuition Center in this post from last week.) The Children's Team taught Bible lessons, led craft time, and provided what no Bible school worth its salt should be without...SNACKS!!!

My own children will tell you that it's not really VBS unless Ritz crackers, pepperoni, and cheese are involved. I'd tell you that vanilla shortbread cookies and watery red Kool Aid equal VBS in my memories. The children of the Pokhara slums have no such standards. 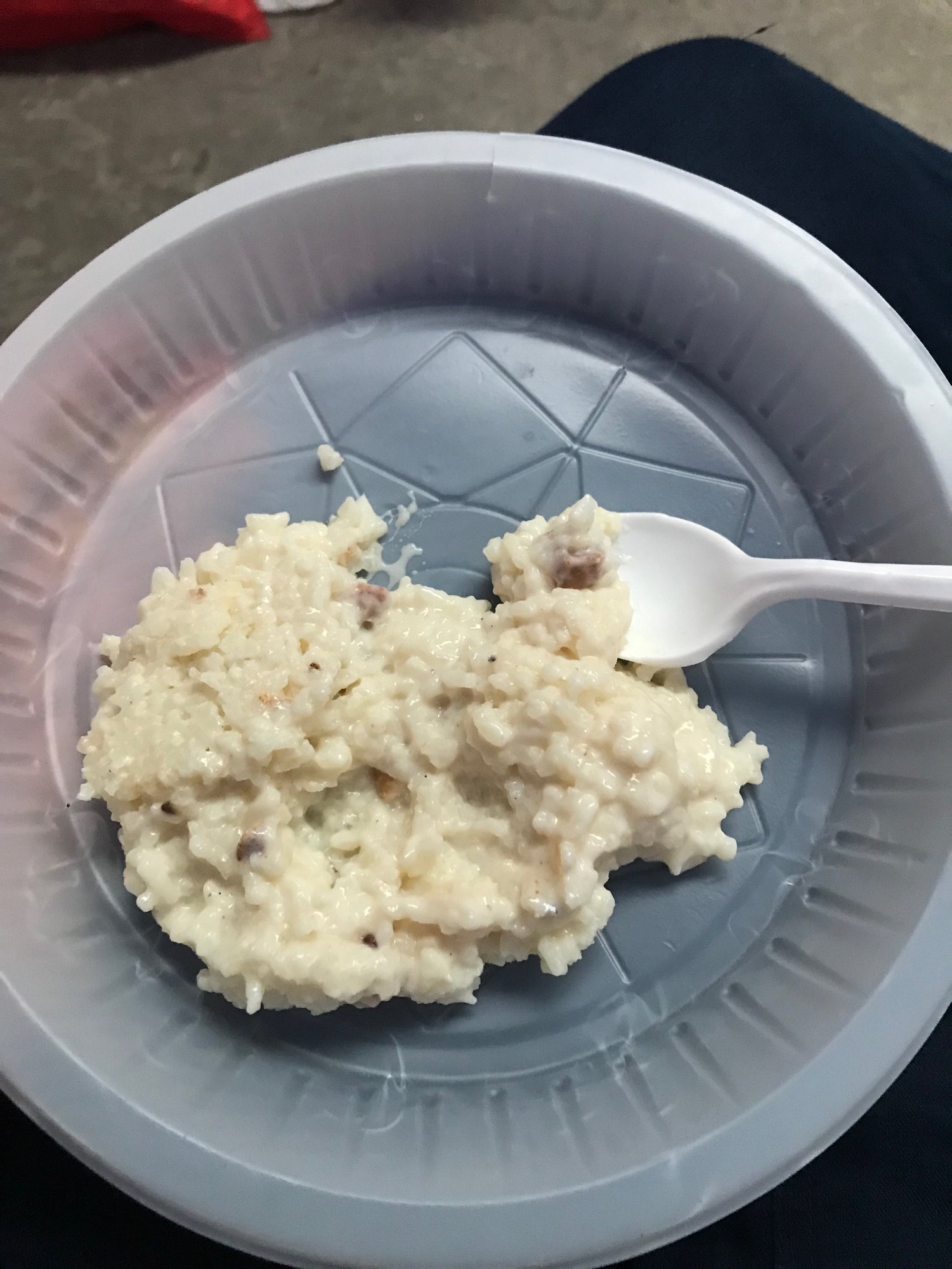 Normally, rice pudding with almonds would be entirely too expensive to provide the group of over 50 kids, but last week with support of our mission funds, we were able to treat these precious children to just that! To God be the glory. 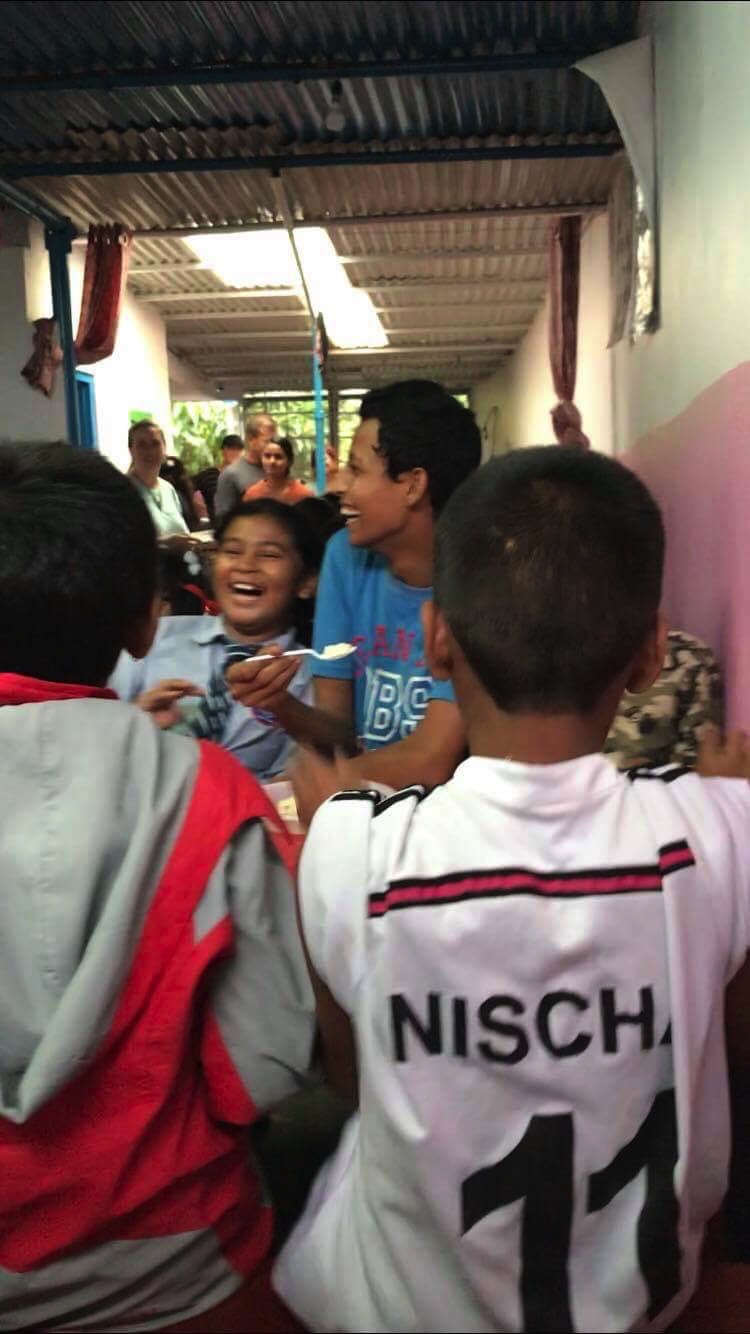 Tej told me that it was the first time that the children had it since they could not aftord it.

On another day, the children were served a treat called a Samosa. 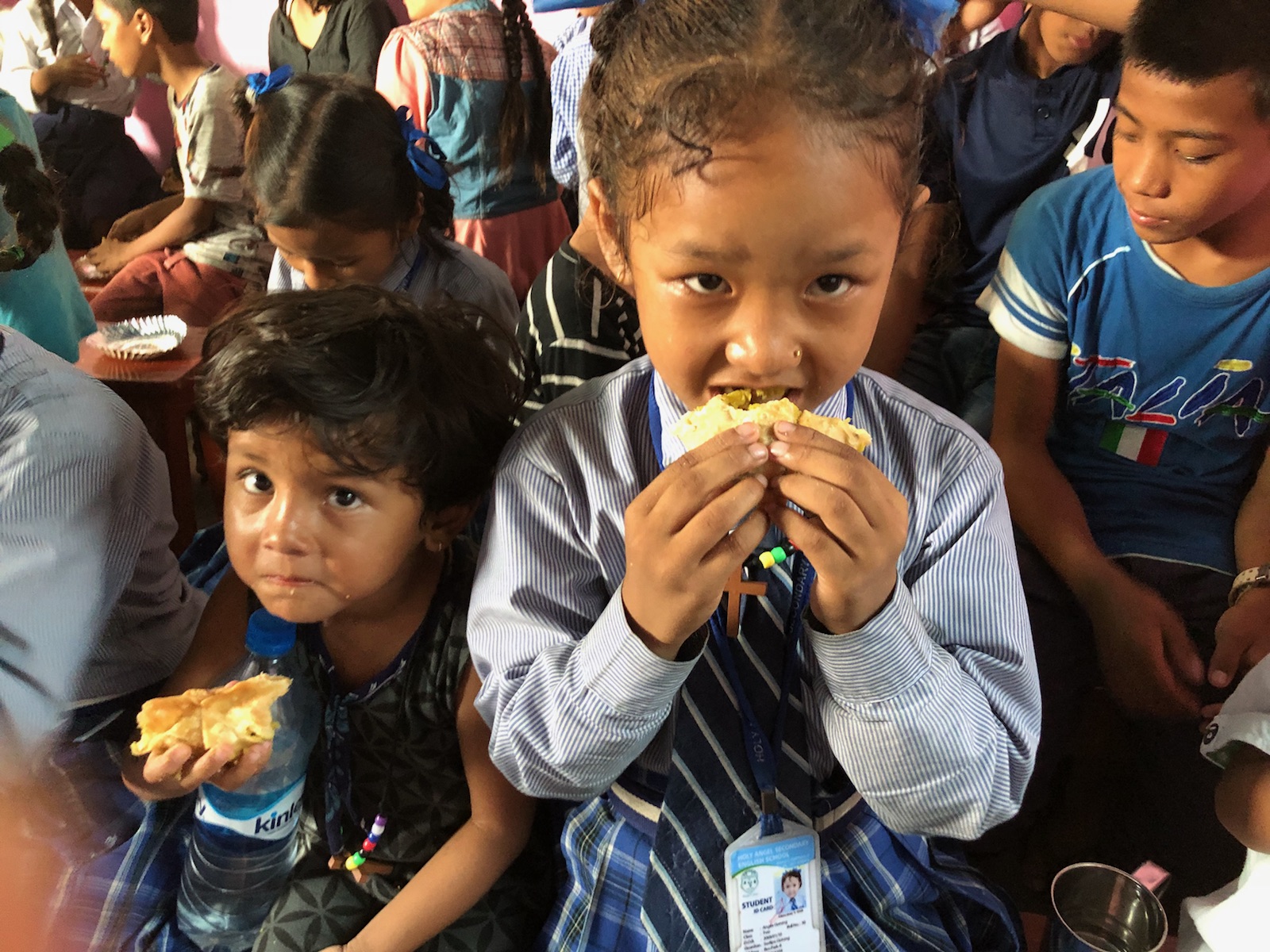 This is a Samosa: cabbage, potatoes, onions, curry, and chickpeas in a fried dough. This was another treat for the kids which they hardly ever eat, like the rice pudding. Both given by FBC Wheeling.

I asked if there was a special place in the city where these samosas were made and I learned that some of the mothers of the children had made them! Then I was struck by a reality...the mothers who had made these treats for the kids have the knowledge and the ability to make this delicacy for their children, but not the funds.

I have never been in that situation. Few of us have.

FBC family, God allowed us to bless the children AND a few of their mammas, if I don't miss my guess. Imagine being given the means to provide something extra special for your child when, in the regular day-to-day of your life, you are barely able to clothe and feed them anything more than what they need to survive.

Don't you just LOVE feeding people, filling bellies, and furthering the gospel? Isn't God good to let us in on such action?

But Jesus said, "Let the little children come to me and do not hinder them, for to such belongs the kingdom of heaven...Matthew 19:14

Before our Jumla team began their hike to a remote village in the mountains they asked that we would pray against altitude sickness. They hiked between 1 and 2 hours yesterday resting to acclimate to the elevation and then onward to the village. They are carrying tents to sleep in. They will reverse this process today (we think, plans are a bit fluid). Please also pray: 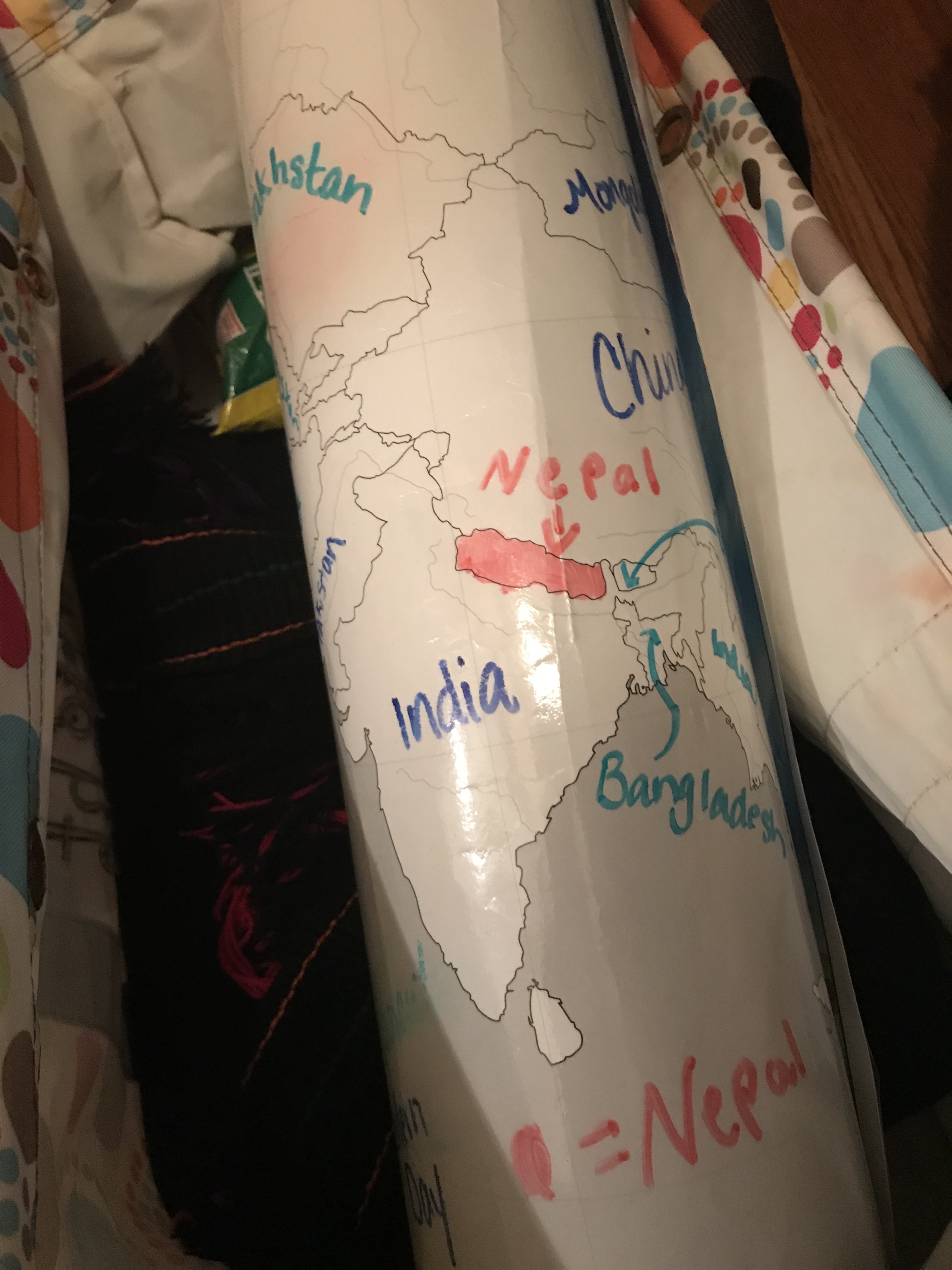