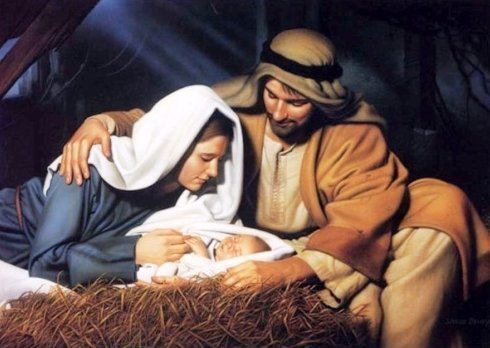 “Rejoice greatly, O daughter of Zion!  Shout aloud, O daughter of Jerusalem!  Behold, your king is coming to you; righteous and having salvation is he, humble and mounted on a donkey…”  Zech. 9:9

Ask anyone what a king looks like and you know exactly what you’ll hear.  For one thing, kings wear acrown.  It’s more than a piece of headgear.  It’s a symbol of the king’s wealth and his right to rule.  Kings also sit on a throne. It’s a symbol too, lifting the king up as a reminder the he is the highest authority and that his word is final.

Today’s verse reminds us that Jesus was coming not only as a savior, but also as a king—righteous, triumphant, and worthy of praise and rejoicing.  But His kingship would be different.  Instead of a crown, a throne, and other trappings of royalty, the kingship of Jesus would be marked by humility.

Reread the Christmas story with this idea in mind.  Israel’s capital was Jerusalem.  That was the center of the country’s wealth and power.  But Jesus wasn’t born in a palace or a mansion.  No, He was born in a stable in Bethlehem, a small town of no importance.  There was no throne for the newborn king.  No crown would ever rest on His head.  And who came to witness this royal birth?  Were they dignitaries?  Were they wealthy men?  Hardly. God summoned simple shepherds to witness the fulfillment of His promise.

Even as He walked among us, King Jesus continued to display these same marks of humility.  He taught that He didn’t come to be served by others, but to serve.  He helped and healed the masses.  He donned a towel and washed the feet of His disciples, including His own betrayer.

And above everything else, He died for us.  Your king and mine went to the cross and willingly surrendered His life to make it possible for sinners like us to be saved.

He came.  He gave of Himself.  He sacrificed to the fullest.  That is the way of our heavenly king!

The Manger and the Cross

To Save the Whole World

In the Fullness of Time